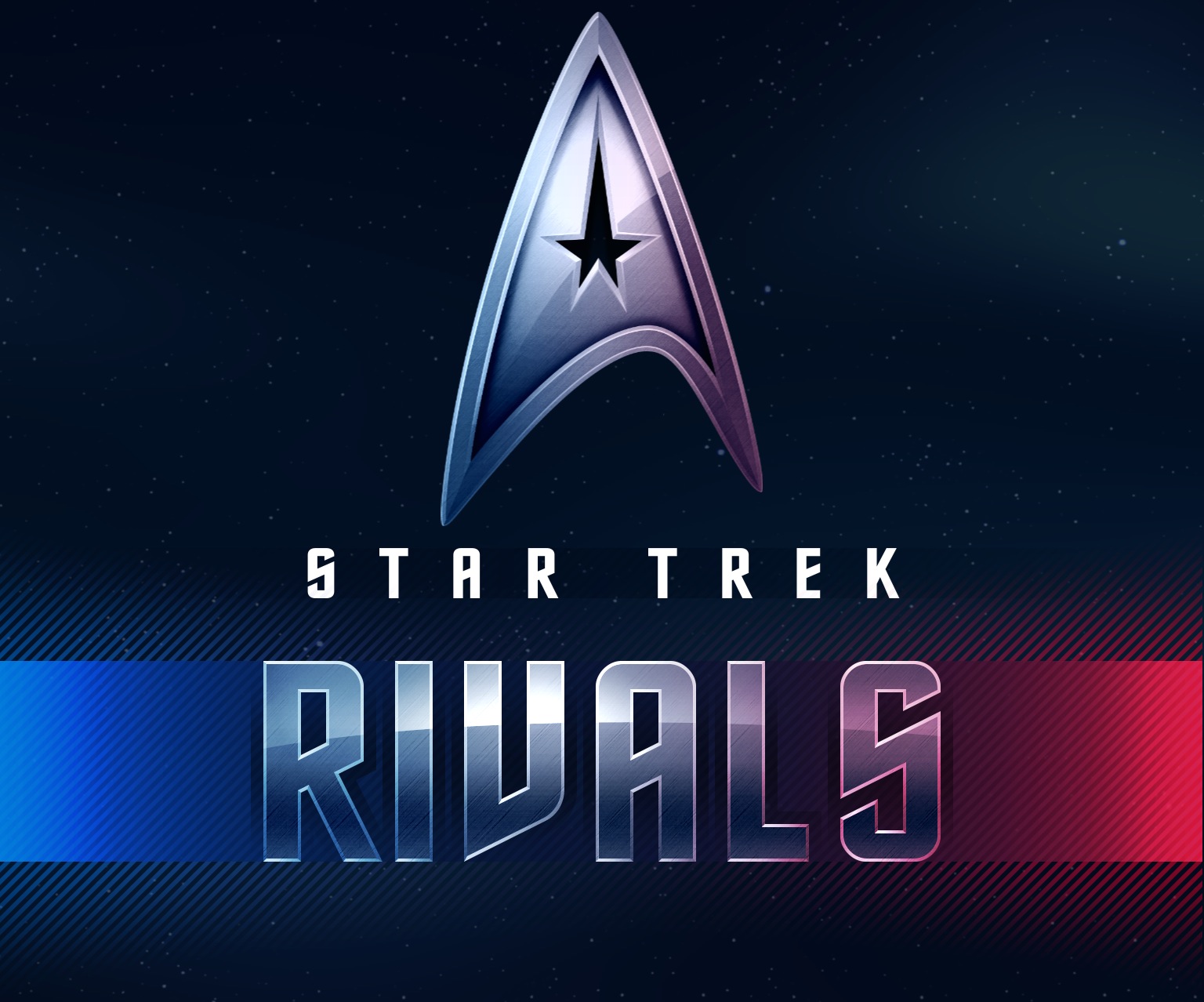 Star Trek: Rivals is a two-player game, but like Words With Friends and other popular mobile titles, players can have many asynchronous games going with different friends. Each new player to Star Trek: Rivals is assigned a “friend code” and this is used to invite new players to the game. When a player joins with your friend code, you’ll get extra experience, which translates into new levels and better cards. Players can also add friends through Facebook and GameCenter. (Or strangers! Star Trek: Rivals warns players that they’ll get more XP for playing friends, but will also randomly match players with strangers seeking a game.) The Star Trek: Rivals Facebook page also has lots of players posting their friend codes and looking for games.

Players take turns thinking carefully as they place cards on a three-by-three grid. Each card has four numbers, and when placed beside another card, the higher number wins. Cards flip from red to blue, depending on who is controlling them, and it makes for a fast- paced game, a bit like the board game Go. With Star Trek characters familiar to us from the JJ Abrams movies, that is, instead of white and black tiles. 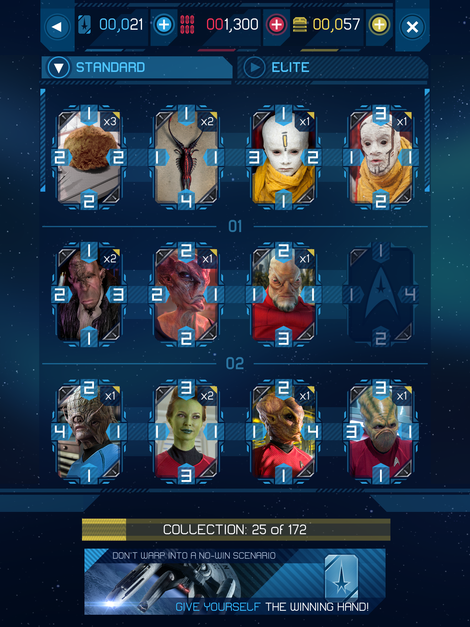 Progression and leveling is very clear, even for casual players. Players gain experience and Federation Credits after each match, even after a loss. Federation Credits can be spent on new and more powerful cards to add to the player’s deck. Players can buy individual new cards or buy packs of random cards, just like sealed card packs for Magic, Pokemon or other collectible card games.

Experience leads to new levels, of course, and each level gives the play Latinum, the game’s premium currency. Star Trek: Rivals itself is a free download, but players can make in-app purchases of Latinum and Federation Credits, which can be spent adding special, more powerful cards to their card decks. Latinum can also be spent on redrawing a bad hand, or sneaking a peak at an opponent’s cards.

The game really is quite simple to understand, but this strategy guide will help new players get the most out of their first battles, and start defeating friends!

The game uses plenty of fun Star Trek references and beloved characters on top of the solid mechanics of a two-player collectible card game. Really proud of the Elephant Mouse crew on this one!