Google May Introduce a Guest Mode for Android 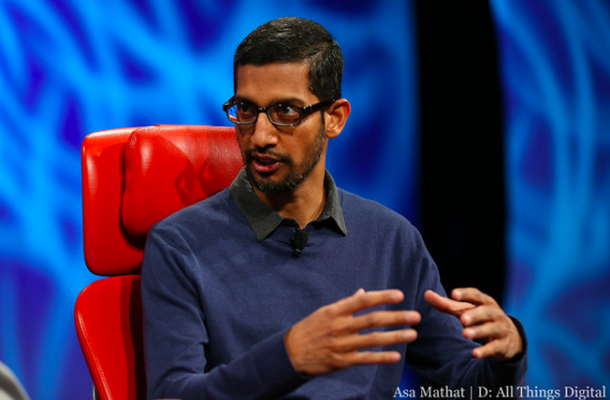 Google is taking your privacy seriously. At least, that’s what Sundai Pichai would like to have you believe. The tech giant could add some more privacy features to its Android OS, including the ability to log in via a Guest Mode in future versions of Android.

In conversation with AllThingsD’s Walt Mossberg, at the D11 conference in California, Sundar Pichai, head of Google’s Chrome and Android divisions, said that Google was exploring ways of bringing enhanced privacy options to Android users.

Pichai: When we did Chrome, we did a full incognito mode. That’s one example. But we do want more things like that. There’s a lot of things from a security standpoint, from the perspective of child safety and what we can do for parents, like a guest user – Chrome OS does this today. I see no reason why we can’t do something like guest accounts on Android. And we’re working on things like that.

Pichai did not elaborate further on the concept – so it’s hard to say what exactly his Android team may have in mind. A Guest Mode in Android would allow you to hand over your smartphone to your friends without allowing any access to your personal data like messages and contacts. The phone could then be used as if it were being accessed from a separate account.

A similar feature is already available to tablets running Android 4.2 Jellybean – which allows different logins from accounts on the same tablet. This lets users share the tablets without any privacy concerns. Each account only syncs its own messages, contacts, apps, mails etc, rendering information from other accounts inaccessible. But then this feature is exclusive to tablets only, at least until now. Sony has also rolled this feature in its Tablet S.

With Pichai hinting at Guest Mode, we might get to see such a feature rolled out to all Android devices in the near future.

Yahoo Shutting Down Mail Classic, Will Read Your Mails Now