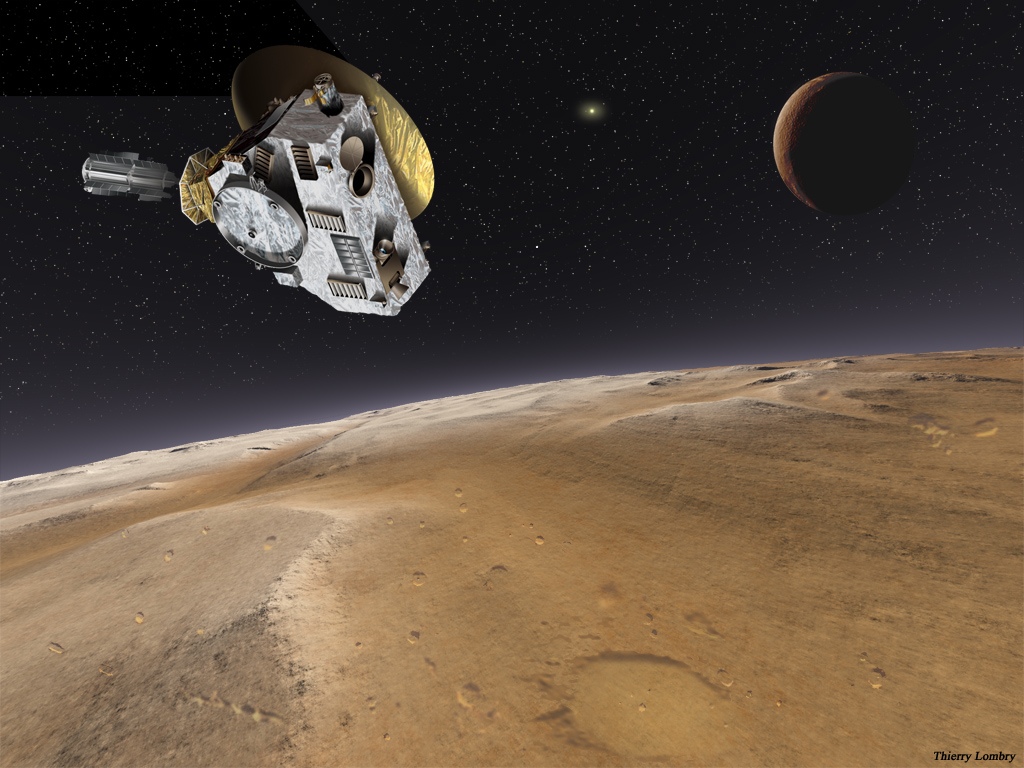 Pluto has long been a big topic of discussion among the space-studying scientific community. Many people will remember being taught the memorization trick for the nine planets in our solar system: “My Very Educated Mother Just Served Us Nine Pizzas,” and many were shocked when Pluto was downgraded from planetary status, dropping the “Pizza” from the phrase. Since then, it has been upgraded to “dwarf planet” status. Because it is not well-known, Scientists have speculated a lot about the qualities of the little planet. Recently, though, the New Horizons space probe, on its nine year mission to explore strange new worlds and boldly go where no man has gone before, has given us data and pictures of Pluto which are blowing scientists’ minds.

It’s Not At All What They Were Expecting 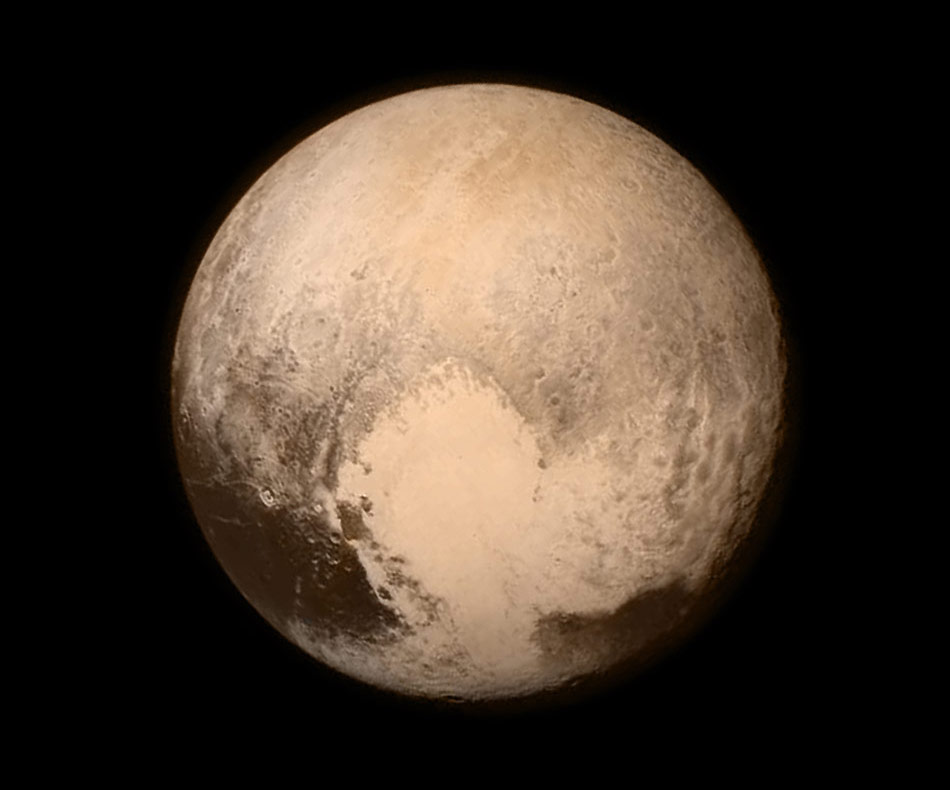 For a long time, Pluto was just a small, pixelated blob against a black background, because that was the best quality picture our cameras and telescopes could get. Therefore, scientists didn’t truly know what to expect and could only make educated guesses about it. But their expectations have been blown out of the water by new data.

Pluto is larger than anyone thought, making it the largest known dwarf planet. This finally provides answers to the speculation about its size and what its planetary classification should be. But despite its size, it is still less massive (literally, it has less mass) than other, smaller dwarf planets. This information, combined with some of New Horizon’s pictures of the surface, has led to a breakthrough discovery: Pluto has a lot of water. It’s mostly frozen, but it’s still water. To the scientific community, this leads to one exciting possibility: there might be life on Pluto. 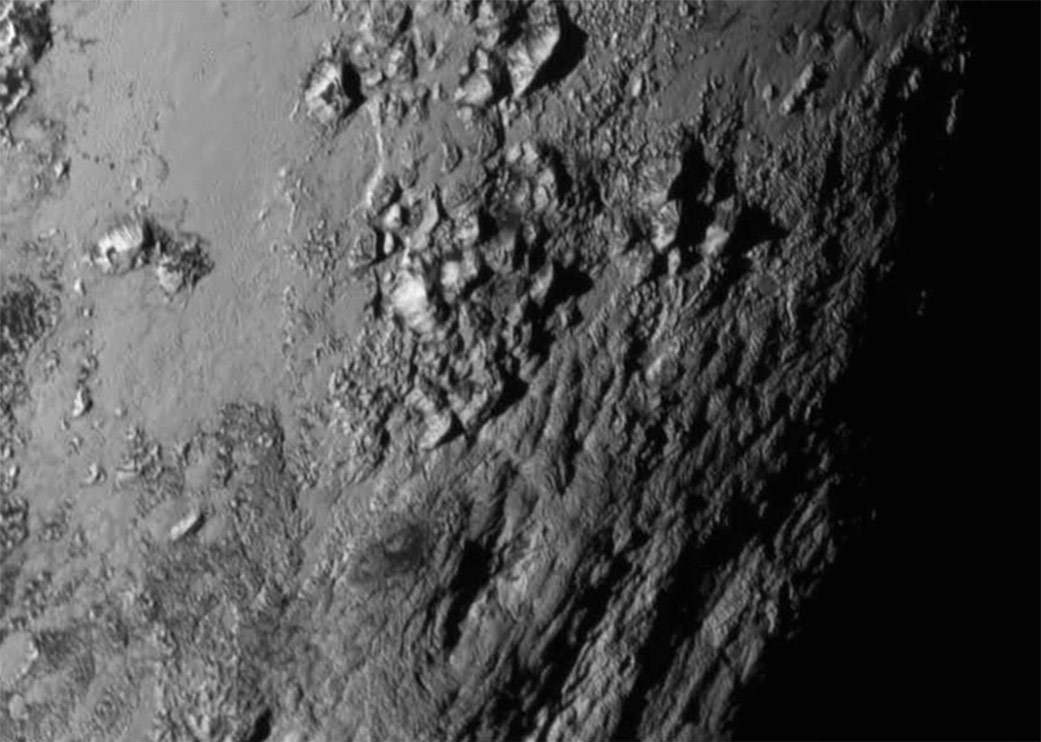 Pluto’s frozen water helps form its terrain. Icy mountain ranges rise up to 11,000 feet, similar to the height of the Rocky Mountains. These frozen mountains can only be made of water ice because the other chemical compounds in Pluto’s thin atmosphere–nitrogen, carbon monoxide, and methane–are not “hard” enough when frozen to form such geological structures. Pluto also has a remarkable lack of significant craters, likely because of ongoing geological activity that “paves” the surface over. As craters are a common planetary age marker for scientists, this leads them to believe that Pluto is a young planet, only about 100 million years old. Since Pluto is surrounded in the Kuiper Belt by lots of objects that could strike it, it’s safe to assume that Pluto is not that old.

Among other fascinating characteristics of Pluto’s surface is a heart-shaped area known informally as Tombaugh Regio (“regio” being Latin for “region”), named for Pluto-discoverer Clyde Tombaugh, whose ashes are actually stored inside the probe. There is also a dark patch that is being called “the whale” or “Cthulhu.” However, these observations only scratch the surface, if you’ll pardon the expression. Much of the new information about Pluto, especially when the dwarf planet is compared with similar planetary objects, will end up “sending scientists back to the drawing board” regarding planetary geological activity. And since only a little of the information collected by the New Horizons probe has made it back to Earth so far, scientists are going to have a lot of new data to work with.

Pluto has five moons, and someone must have gone on a Greek/Roman culture high when naming them: Charon, Styx, Nix, Kerberos, and Hydra.

Hydra is the smallest of them. Despite the only picture of it being pixelated, it looks vaguely potato-shaped and measures roughly 27 miles by 20 miles. Hydra is also highly reflective, meaning that, like Pluto, it is covered in water ice. 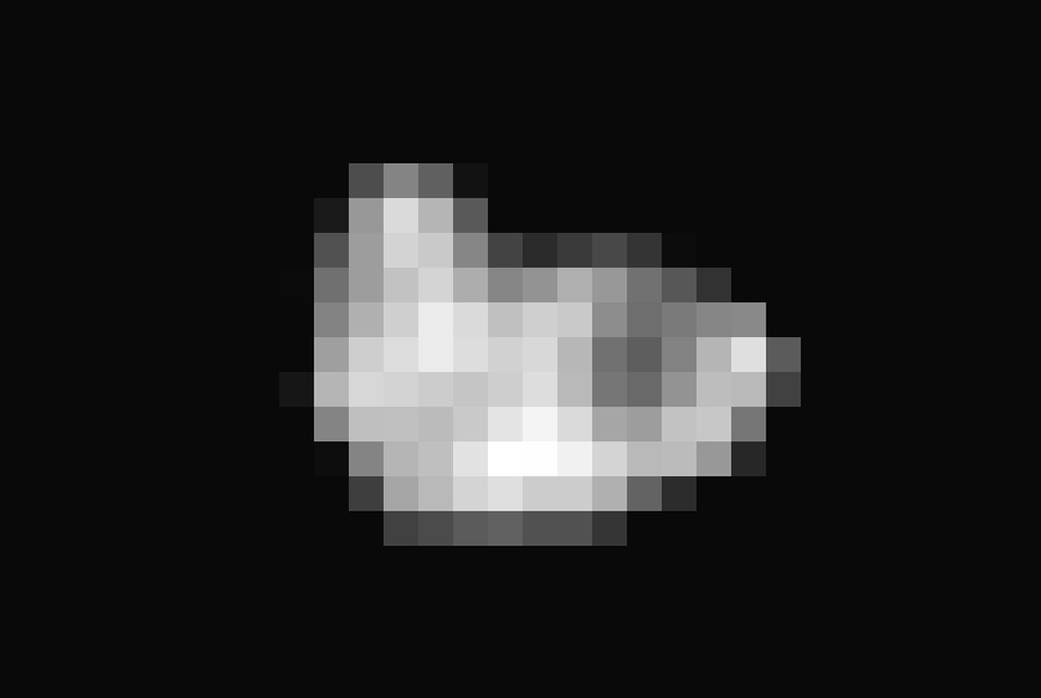 Charon is the largest of the five moons. It has a notable dark patch on its upper hemisphere, which is being known as “Mordor.” East of “Mordor” is a four- to six-mile-deep ravine which runs along the surface of the moon, and to the south is a series of mountains and ravines that run across the terrain for 600 miles. Like Pluto, Charon has a relatively “young,” unmarked surface. 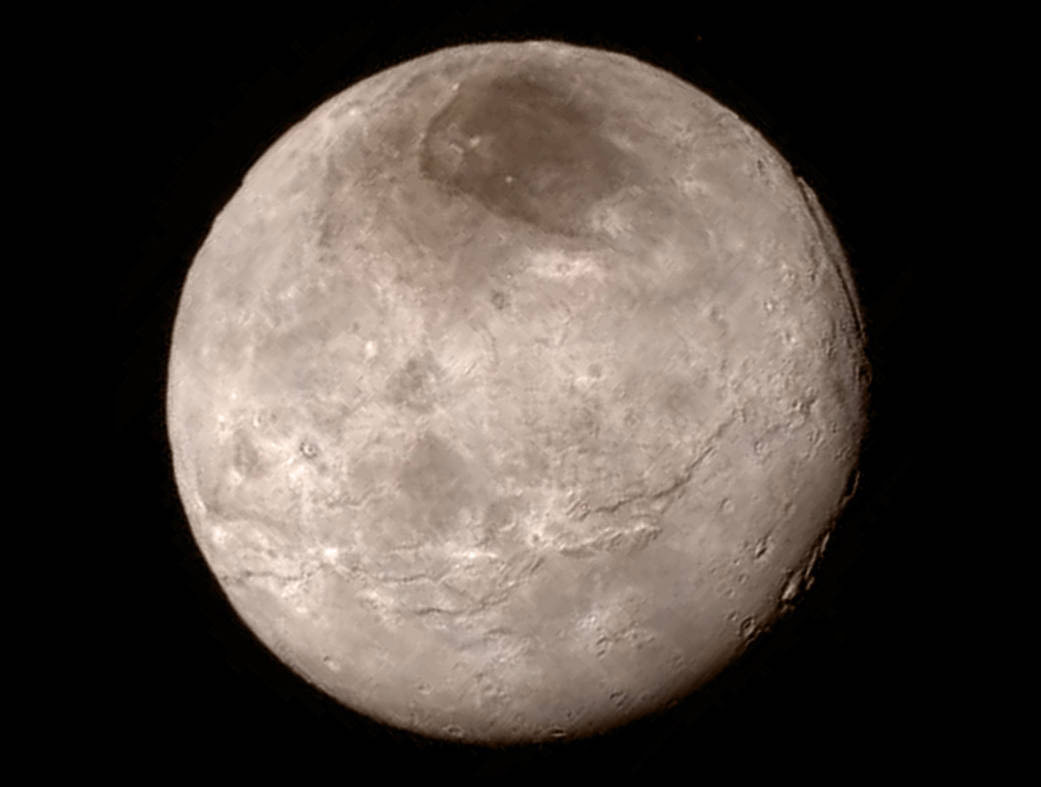 The New Horizon spacecraft has finished its observation of Pluto and is now on its way even further out into the solar system. With enough nuclear fuel to last into at least the late 2020s, scientists plan to send it further into the Kuiper Belt to investigate other spacial bodies such as Eris, which is another planetary object with a mass rivaling Pluto. In coming months and years, we’ll get to see even more of what the far reaches of our solar system have to show us. Meanwhile, scientists will be kept busy with the large quantity of data that New Horizons will be sending back to Earth over the course of the next sixteen months.

The iTunes 99 Cent Movie Rental Of The Week: ‘The Last Five Years’

Witches of East End: The Ultimate Show About Witches