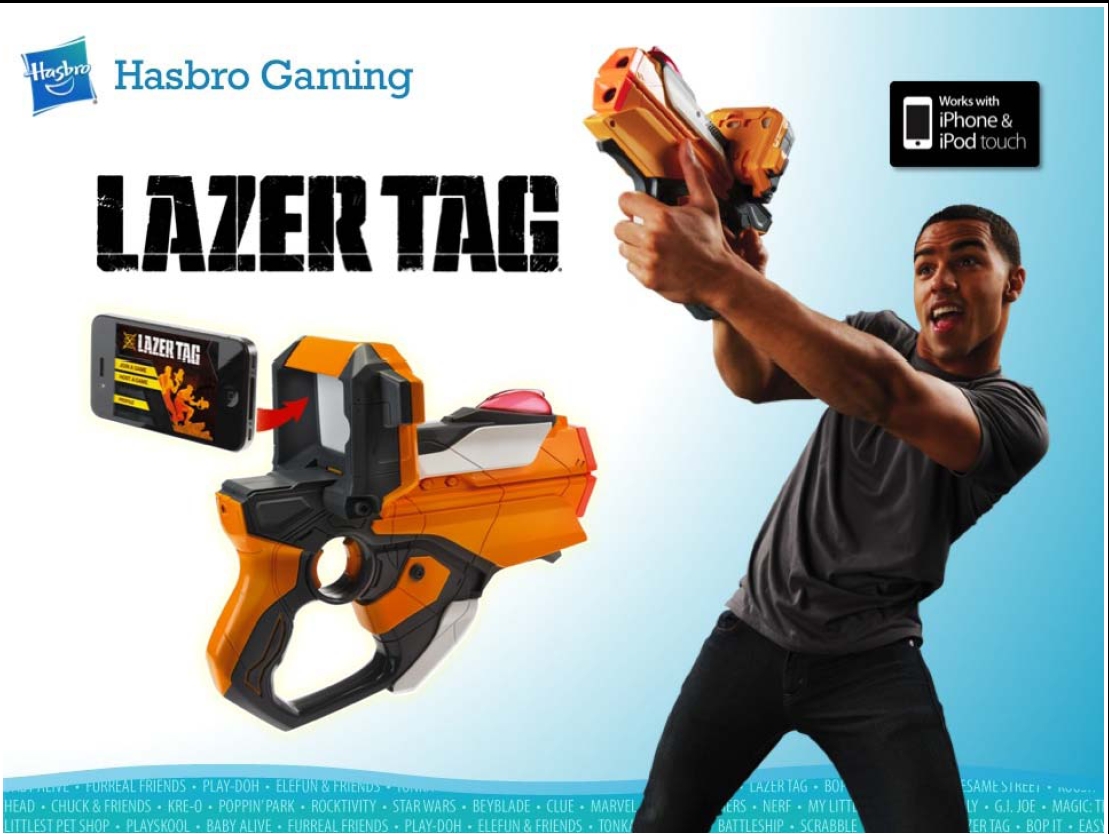 The smartphone gaming world is evolving everyday and becoming more dynamic. What started with simple swipe and tap games has evolved to have a of variety driving games, shooters and RPGs. Because of this change, many companies have started to make controllers that attach directly to smartphones to enhance the gaming experience. Many resemble Playstation and Xbox controllers, while some simulate steering wheels. What Nerf has done is completely different, however. 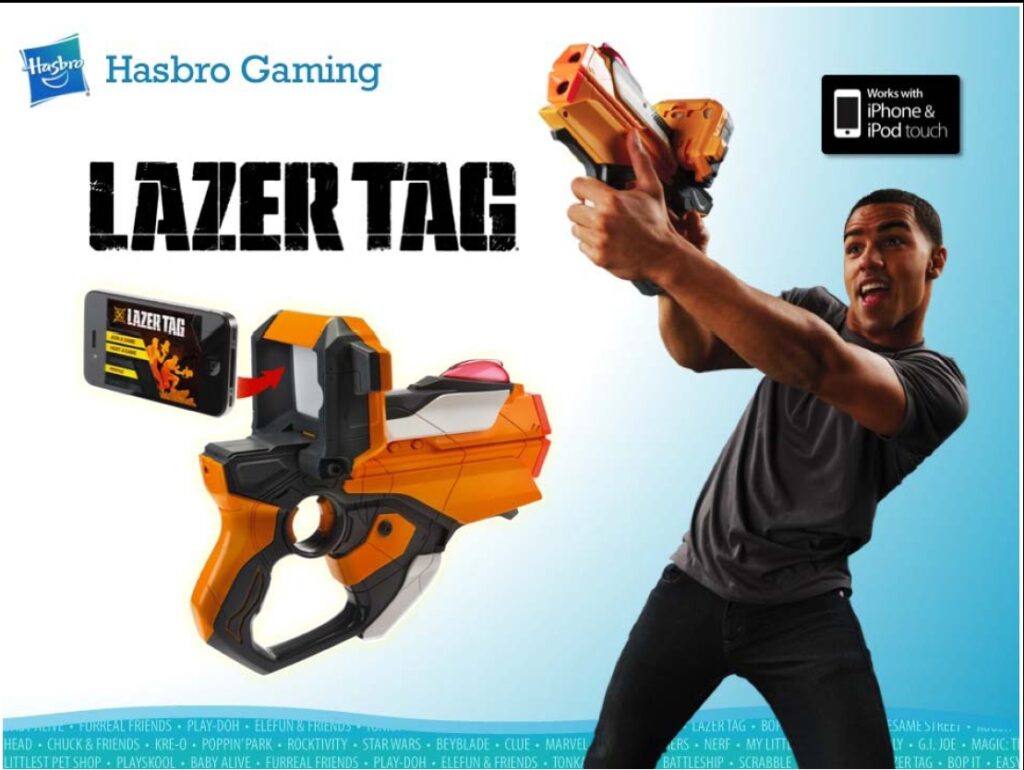 You probably loved Nerf’s Lazer Tag because it helped you and your buddies avoid being the creepy “older” crowd playing against a 12-year-old’s birthday party at Shadowland. Now, the game has been revamped, allowing you to attach your iPhone directly to the gun and turn it into a first-person shooter.

The LAZER TAG app uses the iPhone’s camera feed overlapped with an onscreen display, which includes your ammo count, radar, health, armor and the match time. Since the iPhone is directly attached to the gun, there is no need for Bluetooth or a Wi-Fi connection. Along with the trigger, there are buttons to reload and use a shield. Every time you shoot, a laser trail will be displayed on-screen, along with a sound.

You have three options for gameplay: single-player campaign, co-operative campaign, and live multiplayer. In campaign mode, you can fight alone or with a teammate against hordes of aliens, using your iPhone as a simulation device. As you play, you will level up and unlock upgrades. Then there’s the live multiplayer, where you can play against up to 24 players in a free-for-all or team match. In this game mode, the iPhone is used as your crosshairs to aim and a radar to find other players. When you hit the enemy player’s censor, the display will show them being engulfed in a fiery explosion.

Unfortunately for Droid and Iphone 5 users, the gun only works with iPhone 3GS, iPhone 4, iPhone 4S and iPod touch 4th generation, all of which need to have IOS 5.0.1 or newer. On the bright side, the guns are still fully functional without having to attach a smartphone. Get yours here!