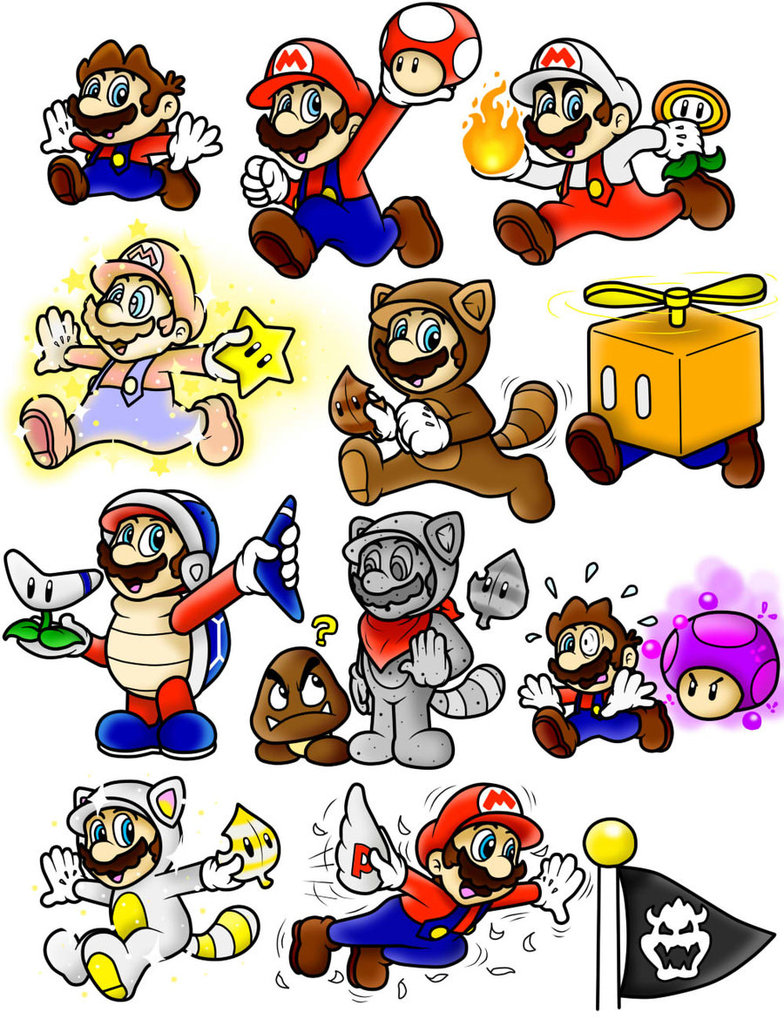 We love Mario; he’s just awesome. A lot of people claim to know all about the little plumber, throwing random facts around to prove it. But how well do you really know Mario? He has had an extreme number of occupations over his lifetime, some of them more interesting than others. It’s almost funny when you think about those Italian overalls performing some of these crazy jobs.

Jack of All Trades?

When we first meet Mario, back in the 1981 Atari version of Donkey Kong, he was actually a hammer-wielding carpenter named Jumpman. His main goal was to rescue his girlfriend from a giant ape. It wasn’t until Mario Bros. came out shortly thereafter (also the Atari version) that Mario had a career (and name) change to become the plumber with whom we are most familiar. The task of this game was in theme with his plumbing job: both he and Luigi needed to exterminate all the animals and other wildlife from the underground pipes.

I guess the monotony of the sewers went to his head, because after being a plumber, Mario’s occupations really branch out.  He goes back to his roots a bit in Super Mario Bros. and sort of becomes a super hero in Mushroom Kingdom, assigned to rescue Princess Toadstool (later known as Princess Peach). Saving damsels in distress and fighting off Bowser time and time again with his younger, taller brother can really get to a guy, so Mario branches off to have a solo career on his own for a while.

He must have gone back to school for a few years and gained an awful lot of knowledge because he suddenly appears as a medical physician in Dr. Mario. A bit like Tetris, Mario drops two-colored capsules into a medicine bottle; players must align like colors together to eliminate viruses and thus move up a level. Not only is he purported to perform medical miracles, but Mario also works as an archaeologist in Mario’s Picross. A cross between Minesweeper and Sudoku, players decipher numeric logic puzzles on a grid to reveal a hidden picture. Truthfully, Mario’s actual role in this game is limited to winking at the start and then blinking sporadically while you chisel away.

The mundane job of tossing pills and blinking leads Mario to further his education by going back to school yet again for his business degree. We see him in Mario vs. Donkey Kong as the president of a very profitable toy-making company. The only product the factory creates is walking, talking action figures of Mario himself, which he then must rescue from the great ape. Following this egocentric vein, Mario moonlights as a model! He appears in The Legend of Zelda as a portrait, and Metal Gear Solid as a small statue.

Factory working really suits our little friend, because Mario takes on a string of other factory jobs. In Mario’s Cement Factory, he manages the company, running back and forth trying to keep the machines from malfunctioning. He gets a little more hands-on as a construction/demolition worker in Wrecking Crew. Mario enjoys his work so much, that in Mario Bros. (Game & Watch) he gets Luigi a job, too! They work together at a bottling plant, moving and loading packages to a truck to complete the levels. In later versions of the same game, the brothers upgrade from a bottling plant to what appears to be a bakery, catching and loading boxed cakes for delivery.

All that schooling goes out the window with yet another job change to something a little more exhilarating. Mario becomes a professional athlete in just about every sport imaginable. He stars as a golfer in Golf, a football player in Super Mario Strikers, a racecar driver in Mario Kart, a tennis champion in Mario Tennis, an NBA player in NBA Street, a stunt bike rider in Excite Bike, a baseball player in Mario Superstar Baseball, and a champion of basically all the other sports (hockey, dodgeball, and volleyball) for Mario Sports Mix. Some might argue that these can be performed recreationally, but we feel Mario was getting paid a pretty hefty sum to be an all-star. He also takes his love of the game to the other side of the court by assuming the role of a tennis umpire in Tennis and a boxing ref in Mike Tyson’s Punch-Out!

Mario finally embraced his heritage by becoming a chef in Chef. But then he had a variety of really odd jobs for a short Italian man. He takes a sudden interest in military matters by becoming not only a Vietnam soldier in Mario’s Bombs Away, but also a rifleman in Yoshi’s Safari and a fighter pilot in Super Mario Land. The pilot gig must have stood out because Mario has a short stint as a spaceship pilot on the cover of the Alleyway box. Captaining ships was a great fit because he also goes undersea as a submarine captain in Super Mario Land. It wasn’t just being in the driver’s seat that had Mario hooked; he also loves the sea life. Mario works as a marine biologist in Octopus. Going above water, Mario works with wildlife once again as an animal trainer in Donkey Kong Circus.

After all the willy-nilly part-time jobs are out of his system, Mario goes back to where he made the really big bucks. He takes his career as the president of his toy company to the next level by expanding his product to a theme park! He works as a theme park owner in one of the many sequels, Mario vs. Donkey Kong: Mini-Land Mayhem. Finally, we must never forget that Mario is a famed artist in Mario Paint, as well as a star dancer every time he does something great!