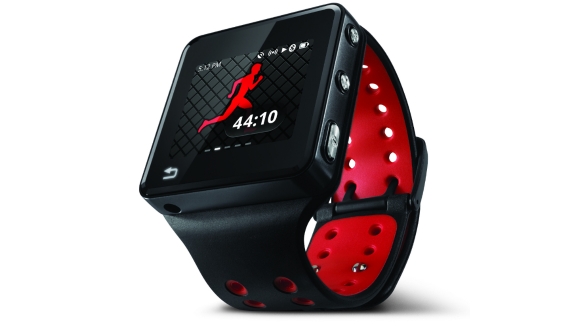 Just about everyone is making smartwatches. With the world following Apple and Microsoft’s smartwatch developments, Motorola too has joined the fray. Patent applications have been published by the U.S Patent & Trademark Office which provide an insight into what a Motorola smartwatch might look like.

The patents were filed on November 16, 2012, and have not been awarded to the company as of yet. The patents describe a smartwatch that could also double up as a smartphone (by pairing with your device), with all sorts of futuristic sensors, which could allow it to monitor your heart rate and pulse. The smartwatch is clearly being designed for multiple uses, and thus the need for such sensors – which will include, but will not be limited to light sensors, accelerometer, GPS etc. The watch is also, unsurprisingly, going to be running parent company Google’s OS – Android.

Such modes include a desktop mode, a telephone mode, a wristwatch mode, a health monitoring mode, a clock mode, a calendar mode, a gaming mode, or a media player mode.

The smartwatch is expected to have a flexible display – 1.6 inch OLED at that, and will be powered by a Qualcomm Snapdragon MSM7630 processor. It is also expected to have an in-built microphone, Wi-Fi support, NFC, and even infrared sensors. Thanks to the on-board light sensor, the watch may be able to detect if it is under clothing, and adopt battery-saving measures accordingly. Speaking of battery, the application describes an 800mAh battery for the device.

The 800mAh is expected to consist of two 400mAh batteries – allowing the users to change batteries without the watch losing any power. 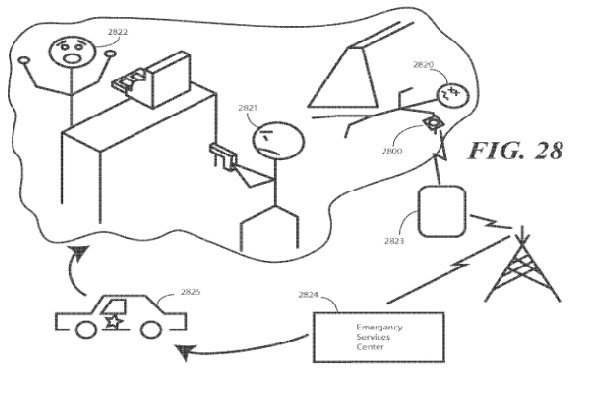 Motorola has been rather creative in its patent filings – one section describes how the watch will dial 911 in case of emergencies, like when the wearer has been robbed or knocked unconscious. For this, it would sense if the wearer has been stationary for too long, and if before that, he/she had an abnormally high pulse or heart rate. In such cases, the watch accesses the wearer’s location via GPS, and can automatically send the location along with an emergency message to 911 or any other pre-configured number.

With so many scenarios covered, and with such a plethora of features – all of which may not make I to its first such smartwatch, Motorola seems intent on claiming its right over some of these clearly useful concepts for the future.

Motorola has indulged in these markets in the past as well – the company had earlier launched the MOTOACTV, a rather decent smartwatch that released to favourable reviews from the tech community. Now, the company is back, in a much bigger way.

There is no word on the availability or the pricing of this smartwatch. It still is a concept on a patent application, after all.