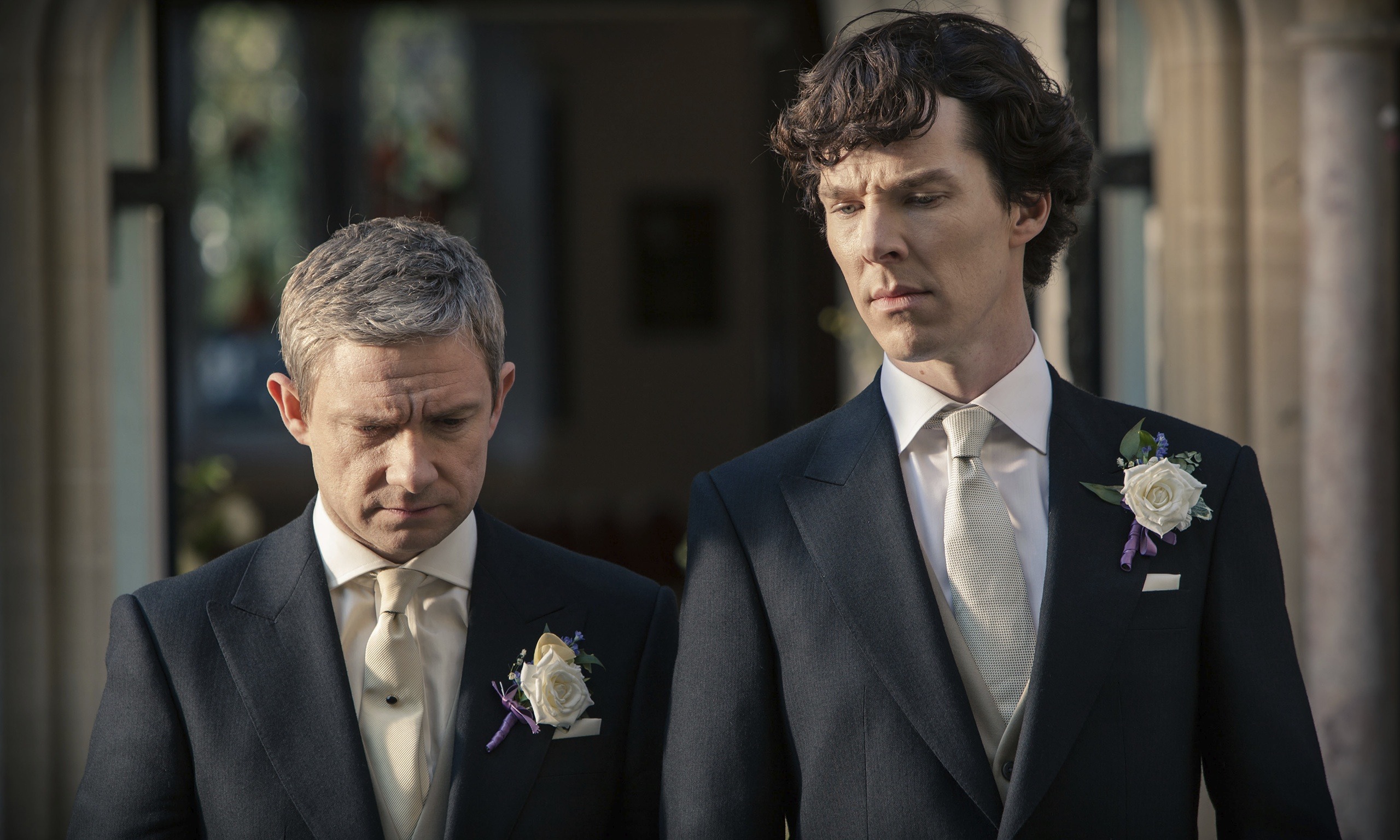 So you want to rewatch an episode of your favorite show, but you don’t know which episode best fits your mood. Whether you’re happy, angry, sad, or wistful, here’s the episode guide for you. The first show is BBC’s popular detective drama Sherlock. The series that’s “not a detective show but a show about a detective” has become even more popular as of late, and the love its fans have for it runs wide and deep, as well as the obsessive need to rewatch episodes because there are only nine. Honestly, I couldn’t even tell you how many times I’ve seen “The Reichenbach Fall” at this point.

Again, this is intended for someone who is rewatching the series, so expect spoilers. If you’re prepared, pop in your DVDs or hop on Netflix and use this handy guide to choose your episode based on your feels. The game is on! 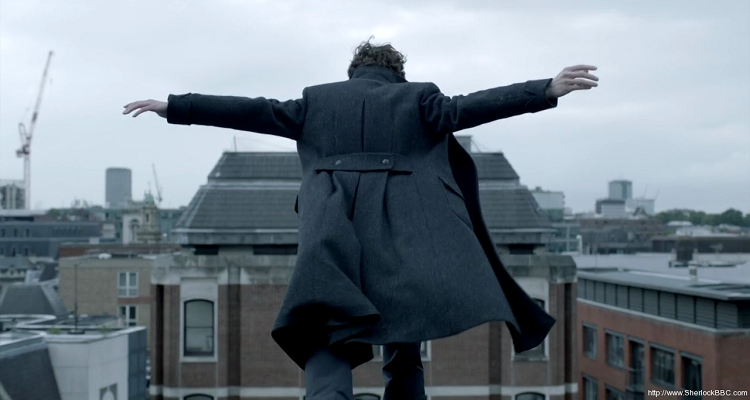 Even after we’ve seen Sherlock and John’s (semi-violent) reunion in “The Empty Hearse,” it’s hard not to get teary eyed when watching the rooftop scene. Especially when you’re already sad on your own. Just thinking about these two being apart for two years makes whatever sadness you might be feeling seem ridiculous and yet totally justified. And the moment when John gives Sherlock’s tombstone his cool, military nod after breaking down? As David Johansen says in Scrooged, “Niagara Falls, Frankie Angel…” 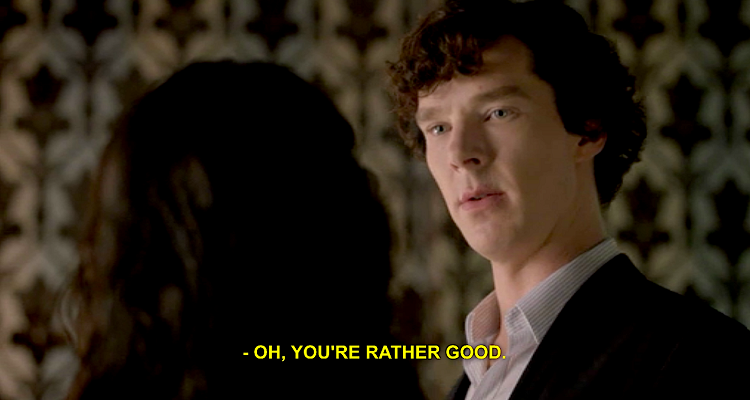 Episode: “A Scandal in Belgravia”

Warning: You can decide not to take my advice and watch “The Sign of Three,” but I wouldn’t recommend it. If you want to just laugh and enjoy yourself, the ending of the latter will sneak up on you and you’ll wind up a blubbery mess by the end (spoken from experience). “Scandal” is a pretty funny episode, with the exception of a few scenes, and you’ll be able to reminisce about 221B domestic bliss. Aw, remember when they used to just chill in the flat together and have Christmas there? Me too. So, enjoy yourself, you happy bastard, and chuckle at the Buckingham Palace scene and the part where Mrs. Hudson exclaims, “That was right on my bins!” 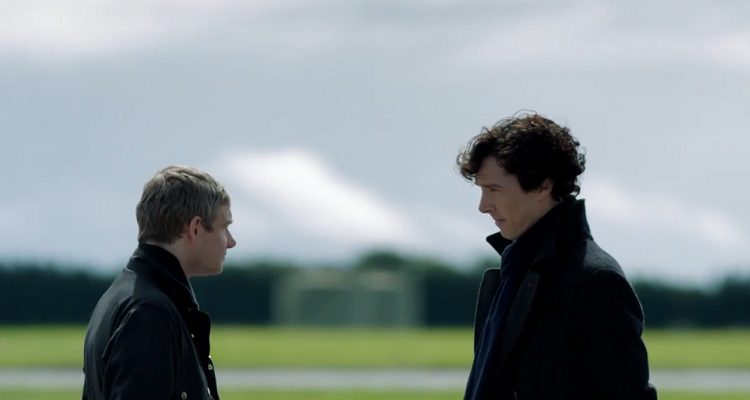 It’s hard not to feel like this when watching “His Last Vow.” In the same way we mostly follow John’s journey in “Reichenbach,” the audience sees “Vow” through Sherlock’s eyes. What with coming back from the dead, shooting a villain, and being called back from exile to fight his ultimate nemesis (maybe), Sherlock’s journey in this episode is one that takes him to the very brink, and he still manages to walk out of it looking good. When you’ve been dealing with a lot and need to know you’re going to get through it, throw on “His Last Vow” and remind yourself of everything Sherlock’s dealt with in just one episode. Tell yourself you’ll make it through too (and cross your fingers for a marvelous, fanservicey deus ex machina in your life). 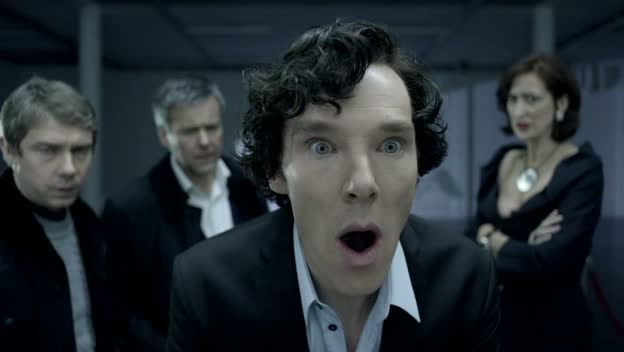 Besides maybe “The Sign of Three,” this episode has the most references to the Sir Arthur Conan Doyle stories on which Sherlock was based. If you’re wanting to learn more about the original canon of stories or at least get the references, the short stories and novels are all available online here. After you read “The Adventure of the Bruce-Partington Plans” or “The Five Orange Pips,” you’ll realize how many big and small references the show makes to the Conan Doyle stories. Whether it’s your first time reading the books or your ninth, put on your smarty pants and revel in all the little references writer/co-creator Mark Gatiss makes to the original Sherlock Holmes stories in “The Great Game.” 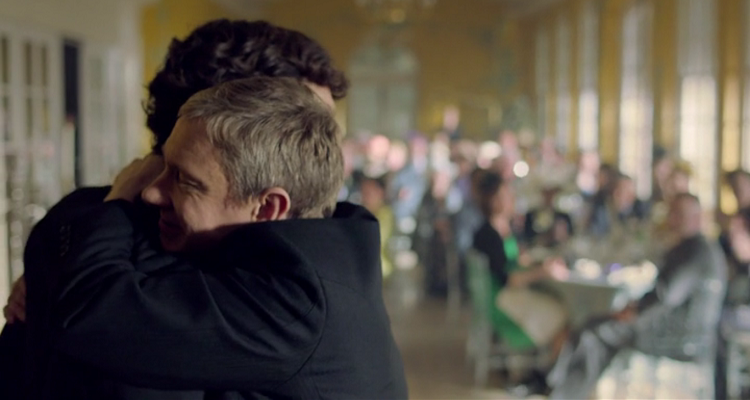 Sentiment. For as many times as Sherlock decries it, there’s a lot of sentiment in the show and especially in this episode. Just covering my bases to keep from starting a ship war here, there’s something for ALMOST every possible couple in this episode and a ton of people declaring their love for one another, out loud or not. It’s hard not to watch this episode and feel warm and squishy. It reminds you of everything it is to be in love: the rush, the dizzying happiness, the comfort, and the pain. Watch “The Sign of Three” and indulge in your favorite ship or just enjoy the many declarations of love: from the matter-of-fact, to the grandiose, to the silent yearning.

That about wraps up the Sherlock edition. If you have any moods for the other episodes, let me know in the comments. Happy watching, fellow Sherlockians!