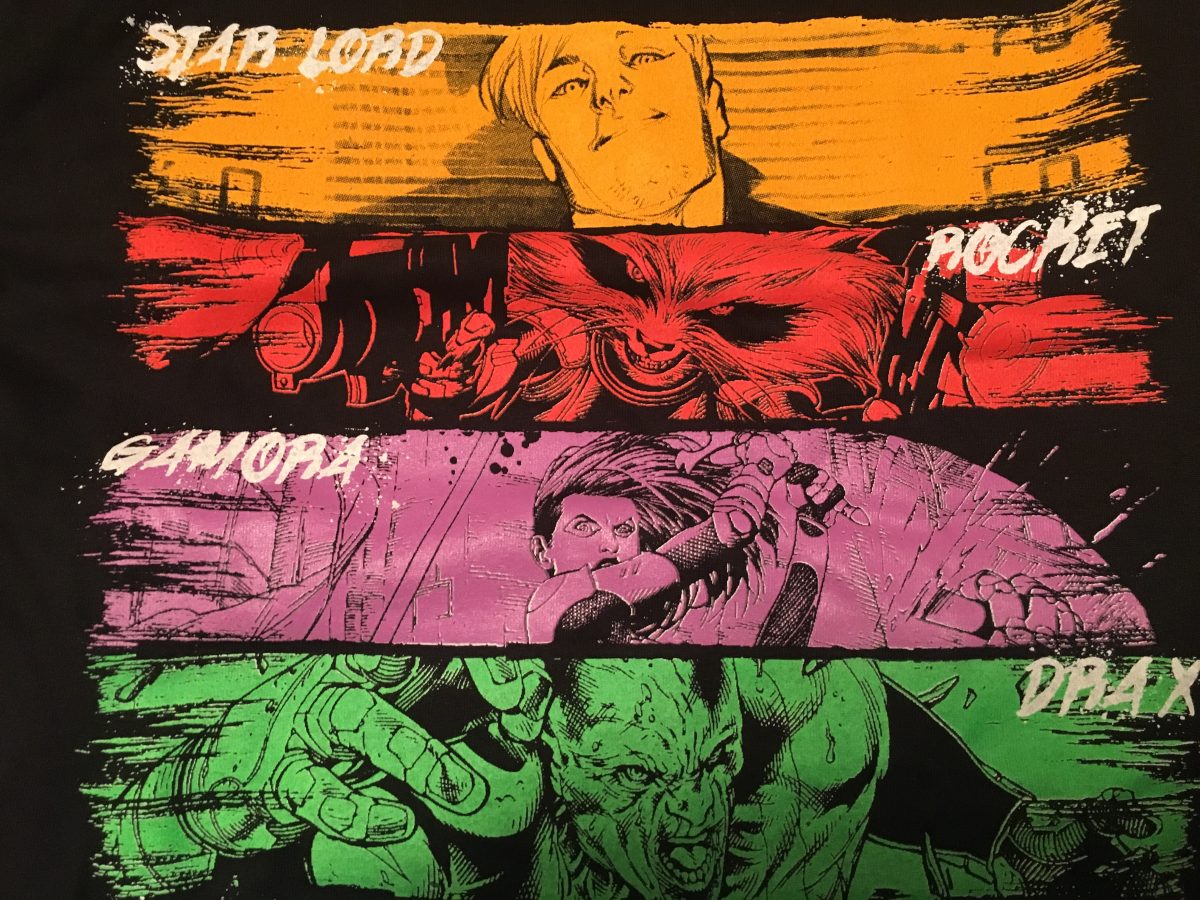 Subscription boxes are a thing these days. For a monthly fee, there’s an excitement reminiscent of waking up on a Christmas morning to see what those curated boxes behold. With many popular ones like the Bespoke Box of Awesome for the modern gentleman or the economical Dollar Shave Club, there are many options to live your life by. But for those with a certain geek itch to scratch, Nerd Block offers a monthly dose for whichever fandom you’ve fallen into. 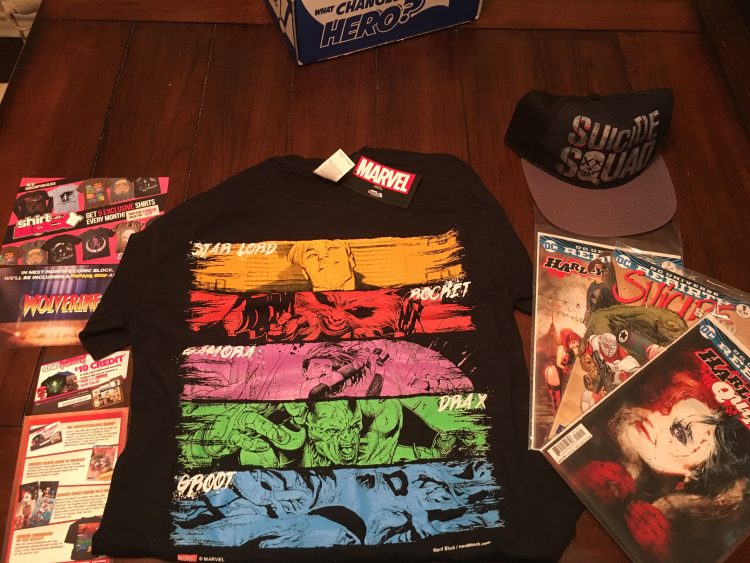 Priced at $20 on the site, Comic Block offers a collection of items reflective of the current hype which is sure to grant itself some popularity. And for a modest 20 bucks it’s a pretty fair price considering that finding a shirt or hat alone will run you the full cost for the box itself. For this particular box, the contents include a Suicide Squad ball cap and 3 comics, 2 of which are Harley Quinn issues 1 and 2 and the other a Suicide Squad issue 1, all from the DC Universe Rebirth. Given that the film is still bringing in audiences at theaters, this box is great for those stubborn enough to resist critic reviews and wanting to indulge in everything naughty that the DC Cinematic Universe has to offer. One can only wonder what this box will offer when Infinity War or Justice League clash on the big screen. 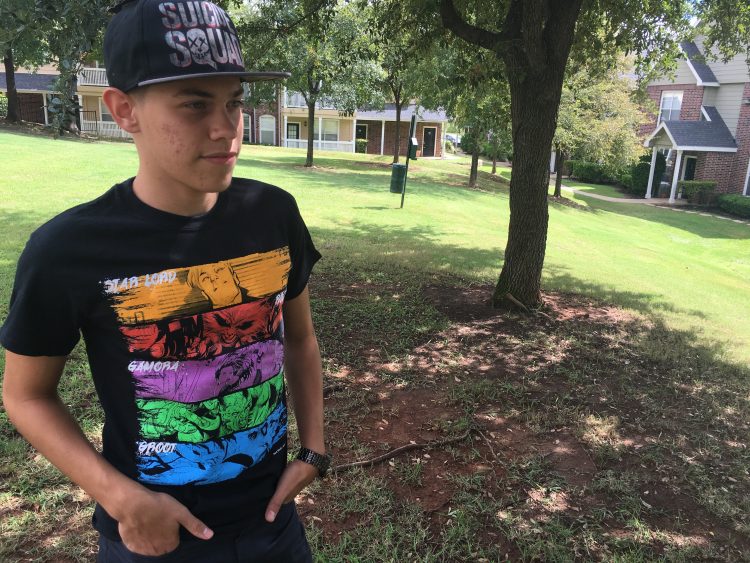 Comic Block doesn’t fully lean to one side however as along with the Suicide Squad merch was a stylish Guardians of the Galaxy Tee. While the two opposing comic studios behemoths have their own loyal armies, those who walk a fine line of enjoying both franchises will appreciate the conflicting swag. The shirt provided in the box was actually one that hasn’t been seen yet, leading me to believe that Nerd Block has certain exclusive material in their inventory. And in a battle against competing geek subscriptions, it’s always best to have those few selected items that you can’t get elsewhere. In the battle against warring comic book films, the winners are the fans and Comic Block banks on that notion. 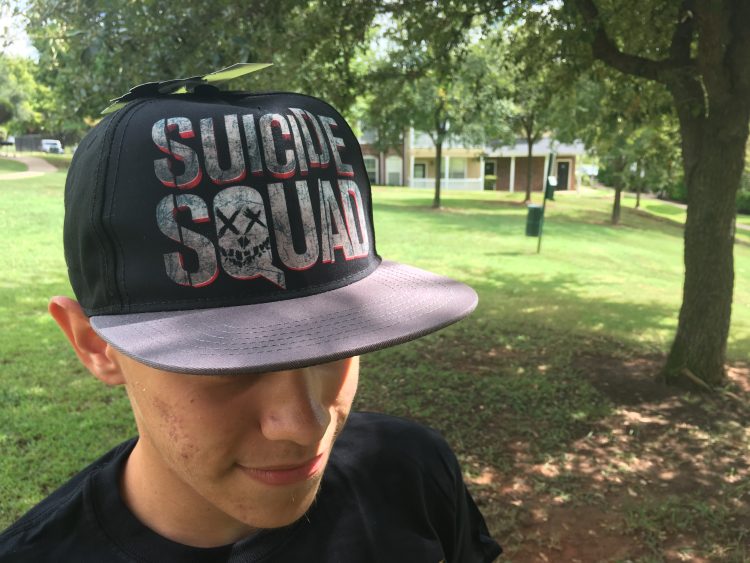 For You or for Others

Like many subscription boxes, Comic Block serves as nice “treat-yo-self” fan fix, or in the event that the items don’t strike any interest, a present for the one individual that rushes to the theaters on opening night for DC and Marvel. So maybe the next time you want to resist scouring the mall and avoiding the all too familiar places like Hot Topic, Books-A-Million, or Spencer’s for, allow Comic Block to be your solution for finding the right gift for the connoisseur of all that is comics.