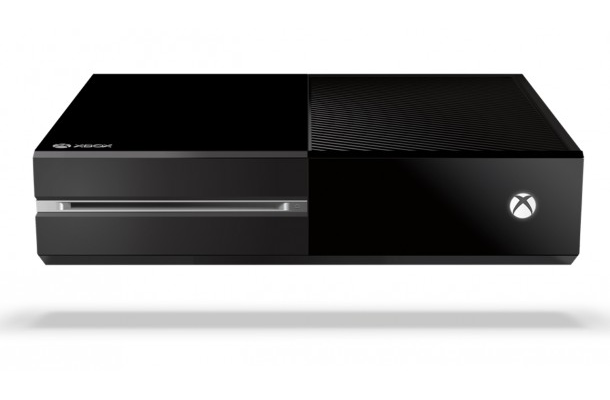 Xbox One Must Be Connected Every 24 Hours, Publishers Can “Opt In” To Game Resales

Microsoft have updated the official Xbox One website with several details regarding the online requirements, used game policies, Kinect functionality and more. These details come after a batch of contradictory statements by Microsoft regarding these issues that left many dazed and confused.

All the facts here with Geek Insider.

While a persistent connection is not required, Xbox One is designed to verify if system, application or game updates are needed and to see if you have acquired new games, or resold, traded in, or given your game to a friend. Games that are designed to take advantage of the cloud may require a connection.

With Xbox One you can game offline for up to 24 hours on your primary console, or one hour if you are logged on to a separate console accessing your library. Offline gaming is not possible after these prescribed times until you re-establish a connection, but you can still watch live TV and enjoy Blu-ray and DVD movies.

Worryingly, the Xbox One site also carries this bold statement.

Because every Xbox One owner has a broadband connection, developers can create massive, persistent worlds that evolve even when you’re not playing.

This statement is will of course hold true as Microsoft aren’t allowing for anyone without a stable broadband connection to use their Xbox One. Tough luck to those living in rural areas or the many countries across the world that still don’t have a stable internet infrastructure.

Xbox One: Playing Games With Friends or Family

Microsoft has clarified how Xbox One games can be played with friends or family.

Xbox One games are installed to an Xbox One’s hardrive when downloaded through Xbox One or inserted as a disc. The game is then synchronised with Microsoft’s Xbox One cloud service. A maximum of ten different Xbox One users can access the games installed on an Xbox One as long as the Xbox Live account of the buyer is present. Games can be loanded to friends, but only once to one person, and only if they’ve been an Xbox Live friend for 30 days.

Xbox One is designed so game publishers can enable you to give your disc-based games to your friends. There are no fees charged as part of these transfers. There are two requirements: you can only give them to people who have been on your friends list for at least 30 days and each game can only be given once.

Xbox One: Used Games Can Be Blocked

Microsoft have confirmed that the Xbox One contains used game blocking technologies. Used games can only be purchased at “participating retailers” and third-party publishers can decide if they wish to allow for their games bought second hand. Third party publishers will also be able to set up a used game activation fee with retails if they wish. Games cannot be rented from rental stores.

Microsoft have not stated whether or not  their games will require a used game activation fee.

Here’s the statement on the Xbox One home page:

In our role as a game publisher, Microsoft Studios will enable you to give your games to friends or trade in your Xbox One games at participating retailers. Third party publishers may opt in or out of supporting game resale and may set up business terms or transfer fees with retailers.  Microsoft does not receive any compensation as part of this. In addition, third party publishers can enable you to give games to friends. Loaning or renting games won’t be available at launch, but we are exploring the possibilities with our partners.

Xbox One Kinect: It’s Always On

Microsoft have confirmed that as long as the Xbox One isn’t disconnected from the mains supply, the console and the attached Kinect will always be on, albeit it in a low-powered state.

Xbox One is designed to run in a low-powered, connected state. This means your system, games and apps are always current and ready to play—no more waiting for updates.

The Kinect unit itself doesn’t record and upload conversations to Microsoft servers, but it does actively monitor conversations for key words such as “Xbox On” and Xbox Off”. These features can be turned off, but the Kinect itself cannot be disconnected or completely disabled.

By design, you will determine how responsive and personalized your Xbox One is to you and your family during setup. The system will navigate you through key privacy options, like automatic or manual sign in, privacy settings, and clear notifications about how data is used. When Xbox One is on and you’re simply having a conversation in your living room, your conversation is not being recorded or uploaded.

If you don’t want the Kinect sensor on while playing games or enjoying your entertainment, you can pause Kinect. To turn off your Xbox One, just say “Xbox Off.” When the system is off, it’s only listening for the single voice command — “Xbox On,” and you can even turn that feature off too. Some apps and games may require Kinect functionality to operate, so you’ll need to turn it back on for these experiences.

The Big Question Is: Will You Buy an Xbox One?

The numerous statements made by Microsoft on the official Xbox One website have done well to clear up the major inconsistencies between the comments made my Microsoft representatives in the last two weeks. Nonetheless, many gamers will be put off by the prospect of publishers denying used game sales and the strict Xbox One online requirements Microsoft will put in place.

At the end of the day, Microsoft are after your money. After reading what Microsoft have had to say, do you think you’ll give it to them? Let us know what you think about the Xbox One in the comments section below!