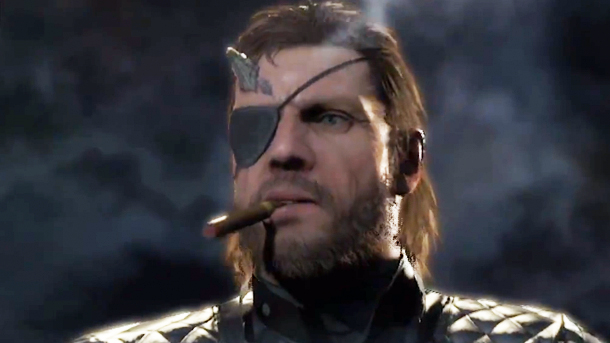 One should never pander blandly to fanboys. I was a Sonic kid growing up, but whenever I see my favourite blue hedgehog wheeled out now for the umpteenth time, I feel the same way one might about their favorite band going on yet another reunion tour and not realising they haven’t been a) any good, b) relevant or c) able to fit into those sparkly hotpants since 1978. But on the other hand, it’s unwise to stick two fingers up at your fans and shun an established direction.

And this is where we arrive at the Metal Gear Solid franchise, one that at times appears to be deliberately messing with it’s fans – specifically fans of Solid Snake and Big Boss, the gravel-throated anti-hero father and son stars of many of it’s installments – differentiated only by time period and choice of eye-patch. Despite their tendency to repeat what you’ve just said to them in an incredulous tone (‘METAL GEAR?!’), they’ve become two (one?) of gaming’s most iconic protagonists. Which is why it’s puzzling that series doyen Hideo Kojima keeps tweaking them.

First there was the God-awful decision in MGS2 that we’d only play the first third of the game as Solid Snake (Snake Jr), and the rest as an angst teenager (Raiden) sulking and playing My Chemical Romance on the Codec earphones. Then by MGS4 he’d suddenly become a crippled old man moaning about how things were better in the old days before all this nanotech nonsense. And now Snake Sr is back – but with the voice character we’ve known and loved for decades (David Hayter) out on his ear. What gives?! 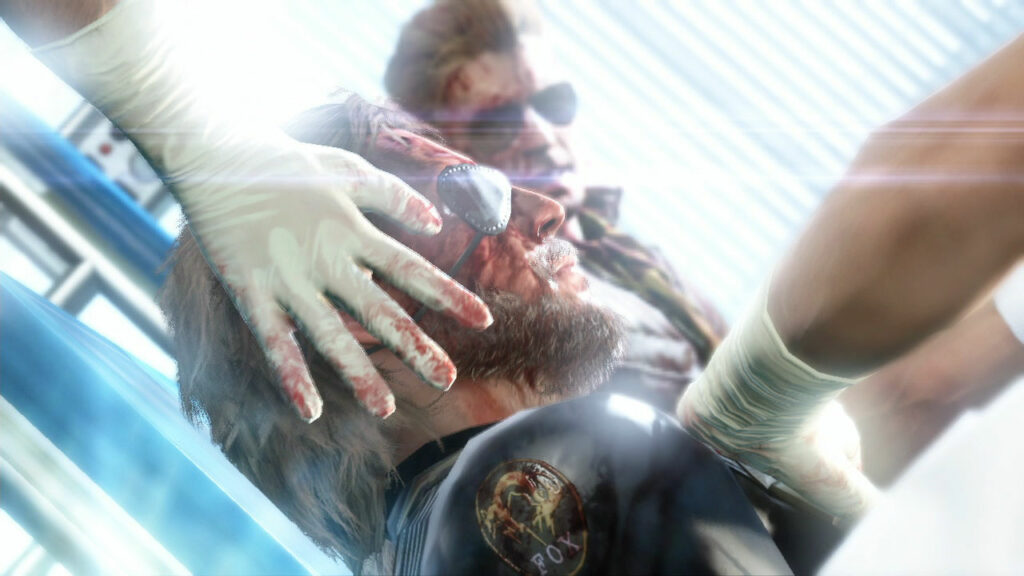 Hayter himself has stated categorically that he’s not even been asked to be in it. Kojima’s explanation? “What we’re trying to accomplish here is [to] recreate the Metal Gear series. It’s a new type of Metal Gear game and we want to have this reflected in the voice actor as well.’ Sadly the early trailers also bely this, which are a hive of explosions, gunfire and emotive camera cuts more in line with modern action gaming in general rather than the pretensions at stealth in earlier titles. Please don’t tell me this ‘new type of Metal Gear’ game is essentially Call of Duty: Snakes? “I wanted Snake to have a more subdued performance expressed through subtle facial movements and tone of voice rather than words.” Ah yes, because that’s what always bugged me playing previous games – that in amongst the explosions and stealth kills, his wisecracks just weren’t subtle enough. Really?! It’s getting worrying just how far up his own anus Kojima is retreating as time goes on – and the series was fairly pretentious to start with.

He continues. “Furthermore, the game takes place in 1984 when Snake is 49 years old. Therefore, we needed someone who could genuinely convey both the facial and vocal qualities of a man in his late 40s. It’s different from anything we’ve done before.” Fine, but Hayter is 44 years old. His replacement, 24 star Kiefer Sutherland, is…wait for it…46. WOW. I guess those two years REALLY make a difference. eh Hideo? Not forgetting that cinema has a wide tradition of actors portraying characters either vastly older or younger than them to great success. If you delve into the spaghetti that is the Metal Gear universe timeline, there are potential justifications for this voice change, but they’re mostly shot down when we discover that the Japanese voice actor has remained the same. So what has Hayter done so wrong that he’s now out in the cold? Okay, so he’s not been in a popular TV crime/conspiracy drama lately, but otherwise I’m stumped.

As I mentioned before though, this is Hideo Kojima – a visionary who for better or worse likes messing with his audience and going off in new creative directions. Hayter would seem to be sulking about the situation, but what’s to say he won’t appear in the game after all? Stranger things have happened in the ridiculously labyrinthine universe of Metal Gear Solid. And Kojima has admitted many times before that the character of Snake took many cues from James Bond – an action hero who has survived multiple changes of actor and remained a beloved character. So if he can do it, why can’t Snake?