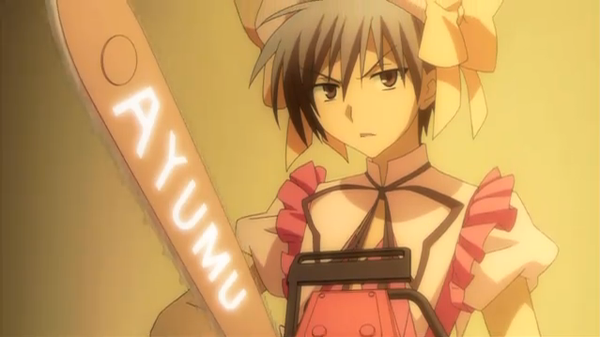 As it turns out the zombie archetype is pretty untouched in the world of anime. I have done my best to scour across the underworld for these characters and was pleased at what I found. These are, in my opinion, the most awesome zombies to ever grace anime. So without further hesitation, here are the animated corpses you’ve all been waiting for!

Is This a Zombie?

If you haven’t “Is this a Zombie?” then it might be hard to understand why Ayumu is awesome. Ayumu brutally met his end at the hands of a serial killer and was subsequently brought back by a powerful necromancer. Thanks to the magic used to bring him back he has to ability to absorb other kinds of magic. This is accidentally discovered when he bumps into a girl who has magical abilities based in her frilly pink dress, which he accidentally absorbs. Ayumu must regularly tap into the garment power he absorbed giving all sorts of abilities…and a dress. If hunting down monstrous creatures while rockin’ a fly pink dress isn’t awesome, then I don’t know what is. Ayumu breaks the barriers of not only sex stereotypes but of physical human limits as well. Thanks to the whole zombie thing he is capable of incredible feats of strength and rapid regeneration. He has incredible endurance and even physically beats monsters until his own bones are shattered and disjointed. With his zombie powers, garment magic, and a pink chainsaw, Ayumu shows that you can still be a dude in a dress and kick ass, upskirts be damned! 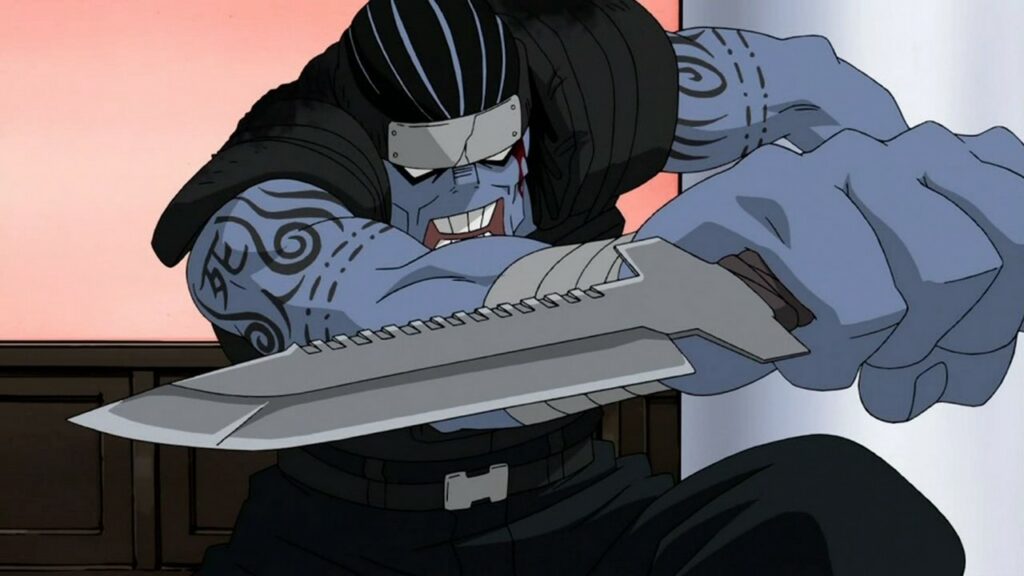 Sid was seen exactly one time in Soul Eater before being murdered via tiny Statue of Liberty to the brain. Afterward he pretty much continues on with his life as a teacher like nothing ever happened. He uses his new zombie status as an excuse for all of his behavior. Every time he does something he makes sure to back it up with “That’s the kind of man I was.” If I ever become a zombie, I hope I can find a way to use it in my excuses as well. Sid is also a ninja and as overplayed as ninjas are in anime, there are still not enough zombie ninjas. He is a master of just about any weapon you put in his hands; he’s been seen effectively wielding a gun, a tombstone, his fists, and his mummy combat knife companion Mira. Sid is also an expert in explosives an tripwires. Being a zombie not only gives Sid the power of excuses but also the power to burrow underground at high speed. He’s always popping out of the ground to grab in unsuspecting victims in true zombie..er ninja…ninja zombi fashion. The Japanese characters for his name “死人“ even mean “dead person.” He may have a (literally) cold exterior but he’s got a warm heart. Sid teaches the remedial class at the DWMA and functions as the school nurse. Bombs, burrows, knifes, excuses, and nursing, make Sid one awesome zombie, cause that’s just kind the man he is. 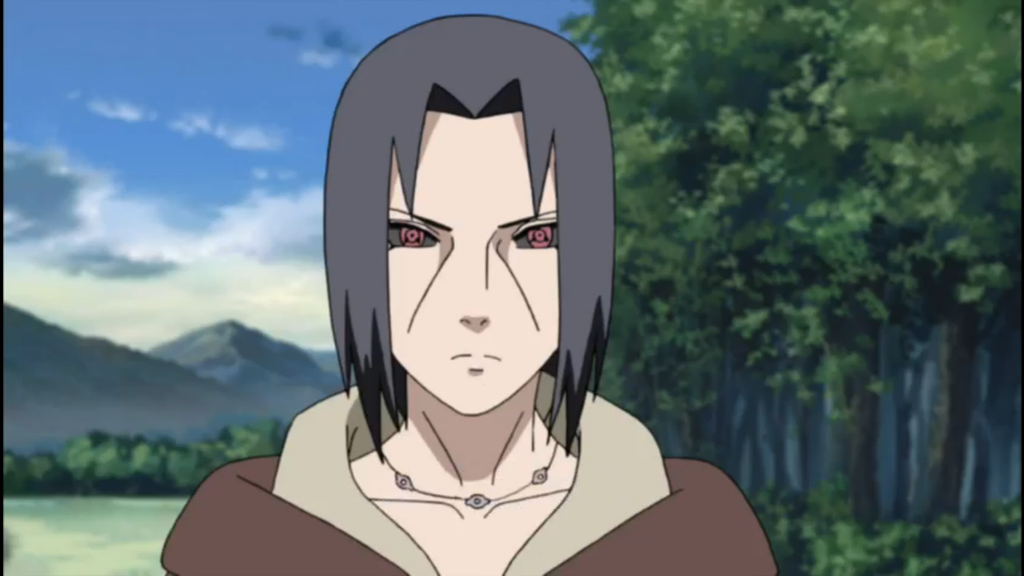 That’s right people, two ninja zombies are this list. I’m not going to bother going in depth on what made Itachi a supreme badass before his death. This list is all about zombies so let’s focus on zombie Itachi. One of the first things he does is break the power of whoever is controlling his newly resurrected body. He does this by making Naruto throw up a crow that had his best friends eye in it. A crow that before his death he force fed Naruto in a dream-like state. Itachi is capable of going toe to toe in hand to hand combat with just about every character seen in the Naruto universe, and that’s his weakest area. Fire based ninjutsu, giant skeletal construct summoning, and mental imprisonment for eternity are just some of the skills listed on his resume of badassery. Itachi once worked for ninja special ops and was shown to be far more skilled than his entire clan who were themselves the pinnacle of the village. After his revival is the first time that Itachi gets to officially be a good guy without any doubt. Once he’s free of control he teams up and kills the super powerful villain from the previous story arc who was so powerful he revived an entire village. Itachi picks up spot number 3 by being a hardcore killing machine without equal who turned out to be a good guy all along.

Makina is a contracted living corpse called a “Shikabane Hime.” She is paired with a monk whom she must protect as they hunt down other living dead creatures. Makina is a cold and dedicated killer who seems to revel in the brutality of it all. Equipped her her twin Ingram MAC-11 machine pistols she faces down all kinds or horrid creatures. She rocks the typical school girl outfit while she tracks and executes her prey. Despite her attire she never likes to play the damsel in distress. She’s been given a curse that allows her to regenerate basically infinitely with the downside that it hurts her assigned monk. Throughout the series she has two monks assigned to her, though she showed her distaste for the newer one. She never seems to mind too much about hurting her new monk to regenerate and nearly kills him at one point because of her dislike for him. Makina is strong and stubborn, always sporting a vicious look while taking down her foes. Makina gets her spot for being a brutal girl rockin’ two machine guns who never hesitates to finish her kills. 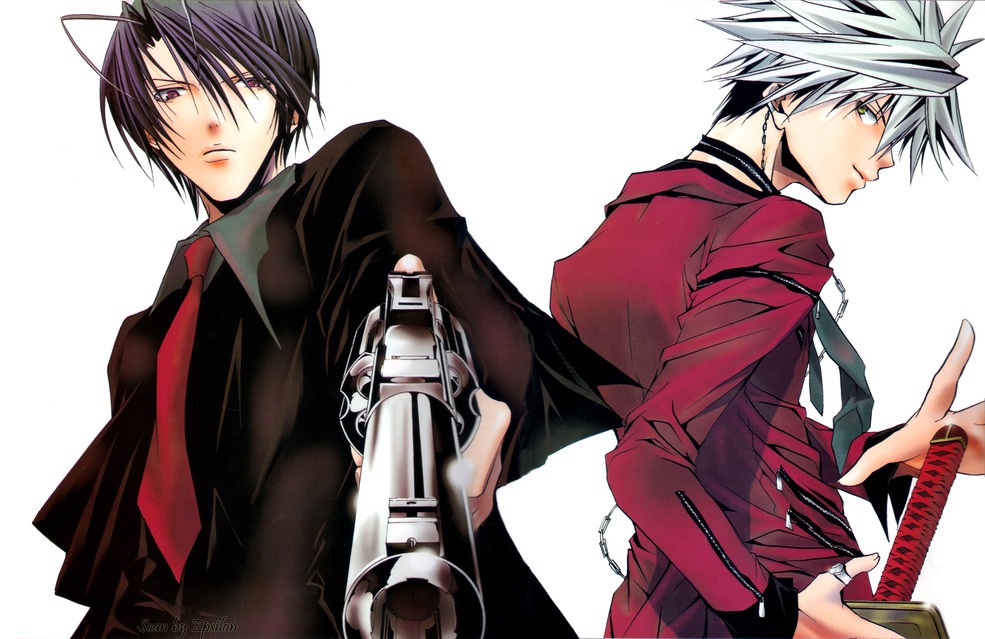 Shito has one very important distinction from everyone else in this article: Shito was never alive. He was born to a woman who had been brought back to life, giving him the same undead qualities. At approximately 150 years old, he’s also the oldest zombie here. He falls into the running theme of someone who is dedicated to hunting down his own kind and other similar creatures. His right hand is actually the hand of his zombie partner Chiko (right in picture). They can swap their hands in between them giving each of them the ability to summon a weapon. Shito’s weapon is a 9 ½ inch kick ass revolver that shoots ectoplasm bullets. Oh yes, creatures of the night beware, Shito will shoot you with his Zombie juice! Shito is not only a dedicated Zombie-Loan employee but also a high ranking member of the Xu Fu Mafia. He is cold, calculating, and has little disregard for others when it comes to completing his job. In the first episode his immediate response to the main character is to kill her, until they find out she’s useful. Best of all Shito manages all of this while sporting a stylish suit and tie. Shito earned his spot as my number 1 zombie in anime by basically being a zombie cross of James Bond and Clint Eastwood.