As a female who grew up watching Star Wars, I can attest to the fact that Princess Leia was a significant and positive role model. Her quick wit, her feisty nature, and her strong, fearless leadership made her quite the revolutionary woman (and she won Han’s heart, so what pre-teen girl wouldn’t want to be like her?). And I’m not the only one  – Women in Film agreed with my admiration during their fortieth anniversary at the annual Crystal + Lucy Awards. 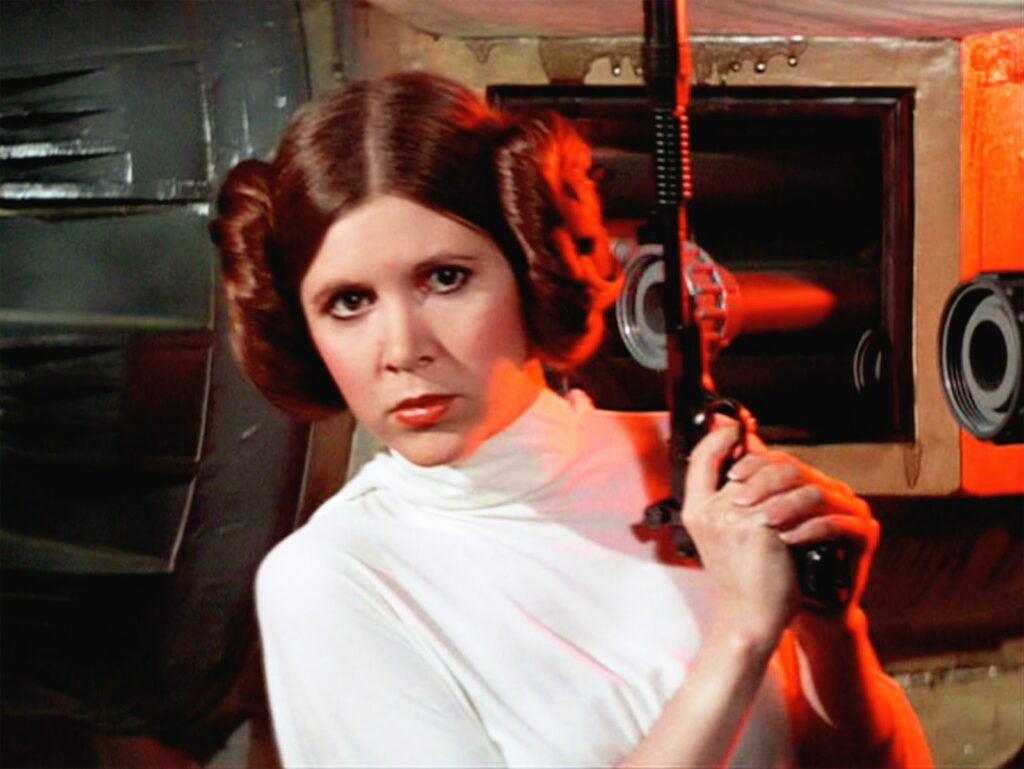 During the gala, members lamented women’s slow progress in the industry, the obstructive “glass wall” that holds women back. The host Jenna Elfman commented that, “The roles are getting better and more interesting and more abundant, but it’s slow going still.” She added, “And not just (for) actresses, but cinematographers, sound editors, everything.”

The gala was also about celebrating successes; awarding those who had made remarkable strides for females in the industry and also honoring the changes that have so far come to pass. Jenna Elfman and Laura Linney both happily, and wittingly, remarked that female careers are no longer ending at 29. 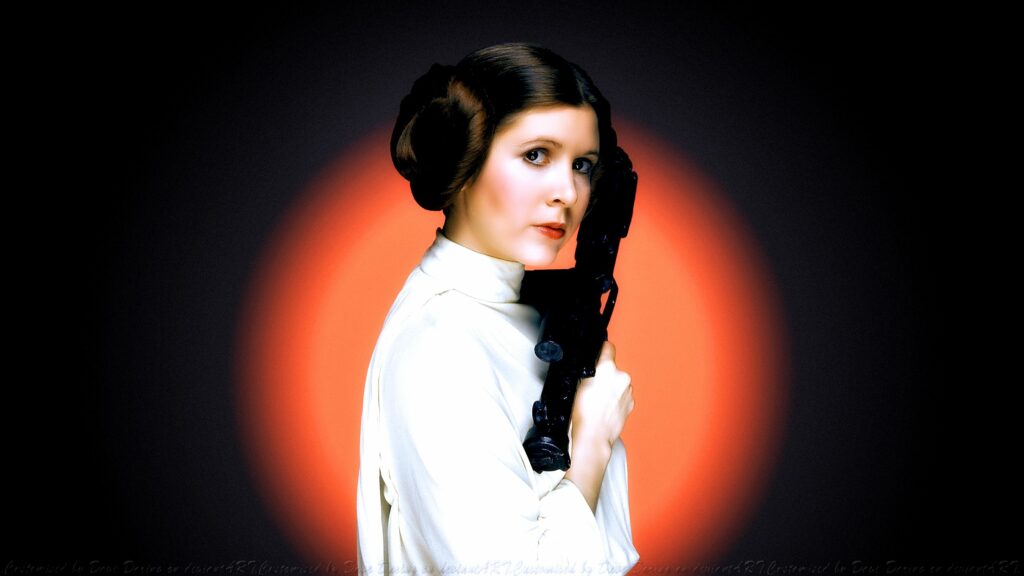 Among those honored at the gala, was George Lucas, the creator of the “fast-talking, blaster-toting spitfire by the name of Princess Leia” (Kathleen Kennedy). With a standing ovation, Lucas was awarded the Nora Zarky Humanitarian Award, the award given to an individual “that has demonstrated enlightened support for the advancement of equal opportunity for all and devotion to the improvement of the human condition.”

Lucas gratefully responded: “It’s an important award to me… I’ve worked with lots of women in my company. I kind of like it […] It is comfortable and less combative. I’ve now got a daughter embarking on this crazy [film making] world, now she’s doing the struggle everyone does. It’s hard in the film business. It’s hard in any business.” Lucas is a believer in the power of women, and he stated to the women at the event, “In the end, you will win.” He even recently named Kathleen Kennedy his successor at LucasFilms, although in his words, he “turned [his] whole life over” to her. Cathy Schulman, the president of Women in Film, said it is critical to achieve fair gender representation in Hollywood because “we are the keepers of the planet’s storytelling, and it’s up to all of us to spin accurate pictures of our lives, our histories and our imaginations […] Women need to sit at decision-making tables and hold gatekeeping positions on films and television because only gender equality can bring about nonbiased decision making, and thus nonbiased storytelling.”

Lucas thus, as the creator of Princess Leia Organa and a backer of women’s equality, was a just recipient of such an award. Carrie Fisher herself said via video that Leia was one of the first positive female role models for women and girls to esteem.

Princess Leia stands out from the typical damsel-in-distress Princess and female lead of Hollywood. She led a rebel movement, stood up to Darth Vader’s torture techniques, and repulsed Han Solo’s advances until the second film in the trilogy (I mean come on, that takes strength!) Yea, so she wears a gold bikini – she kills the man who puts her in it and tries to shove her down a patriarchal path.

She’s smart, a fast thinker on the spot; she noticed Luke couldn’t be a storm trooper and got rid of the Death Star plans before she was caught. She does not let anyone tell her what to do: “I don’t know who you are or where you came from, but from now on you’ll do as I tell you, okay?” She’s daring; she can ride a speeder bike and she warns Luke about Vader’s trap despite the danger. She’s a true leader and she takes control: “Someone has to save our skins. Into the garbage chute, fly boy.” She makes up her mind and sends out her opinion: “This bucket of bolts’s never gonna get us past that blockade.” She’ a go-getter who isn’t going to sit still in the face of darkness; she’s a politician, “a member of the Imperial Senate,” and a leader in the Rebel Alliance. Her entire home planet is wiped out and everyone she grew up with and knew destroyed, but she doesn’t fold or fill with fear; she rises above – “We have no time for sorrows, Commander. You must use the information in this R-2 unit to help plan the attack- it’s our only hope.”

She even shoots a gun while being shot in the arm (I mean, c’mon but how many men in movies take a hundred hits and keep going and women get one and are done for…just watched Star Trek: Into Darkness and was again infuriated as a woman is helpless with a hurt arm but a man can get up from a beat-down repeatedly). Leia attempts her own rescuing of Han, even though the odds are slated against her. She’s fearless, tenacious and never backs down; she stands up to torture, to Governor Tarkin, to powerful Darth Vader, to the threat of her planet being destroyed, to the drop-dead gorgeous Han Solo (yes, I am mentioning this again).

True, Leia has her moments, but I’d take her rebellious, intelligent, and spit-fire personality over any other Disney Princess (Since LucasFilms was just bought by Disney, we can appropriately add her to the list). And so, in full agreement, I heartily state with Women in Film, thank you, George Lucas, for Leia.

C-3PO: “But Sir. The odds of successfully surviving an attack on an Imperial Star Destroyer are approximately…”