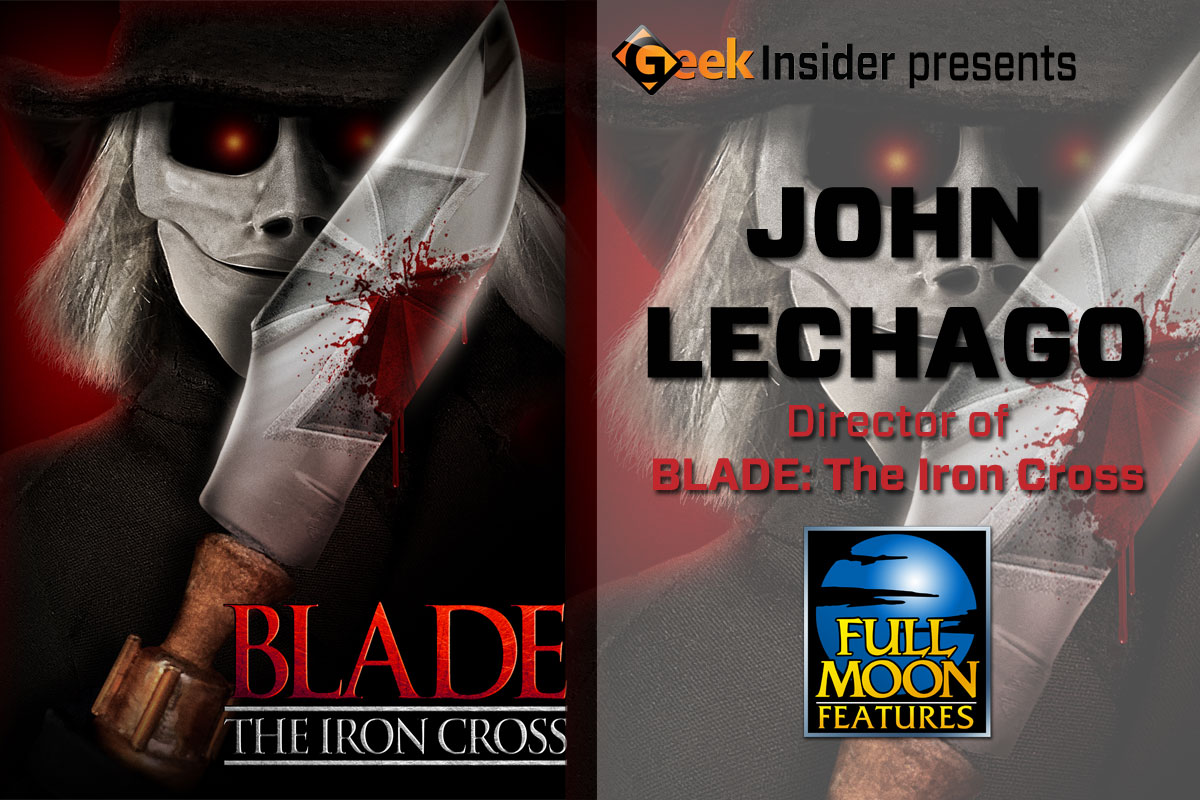 A self-proclaimed geek, John Lechago grew from being a shy kid who loved oil painting, movies and monsters to being a successful movie director who has VFX and writing credits, often juggling multiple roles for several of his films. That is a common theme for independent creators.

Matthew Harris and Meredith Loughran has the pleasure of talking to John about BLADE and how he was introduced to the Full Moon Features family. Of course, Matthew has been a fan of all things Full Moon Features. He’s even written about the most on-screen kills in horror movies, which counts Blade’s confirmed kills as of December 2019. Needless to say, meeting with John Lechago, the director of several Killjoy films and BLADE: Puppet Master series is a pleasure.

As a child, John was fascinated with drawing and was enrolled in traditional oil painting classes, which he attributes as being very influential in his filmmaking approach.

At an early age, John and his fraternal twin brother were also enrolled in self-defense classes. As he tells us in the interview, he was kind of shy and geeky, always drawing, then add English as a second language, and the move from Canada to Los Angeles, California posed potential issues so his father chose a martial arts studio owned by none other than Chuck Norris.

This experience influenced Lechago because he saw that his instructor was beating up the adults, saw the huge cameras and all the action behind the scenes and thought it was the coolest thing in the world. In fact, John and his twin brother have an uncredited acting scene in A Force of One (1979). He knew then that he wanted to be involved in movies.

John’s directorial debut was perhaps luck, timing, or a bit of both. There was an actor’s strike at the time and the owner of a corporate video company gave John $5,000 and use of the cameras and office space to make a film. With a ridiculously low budget and 12 days to shoot, Lechago teamed up with Vincent Bilancio to make Blood Gnome (2004).

If you are a fan of PUPPET MASTER, the iconic series from Charles Band and Full Moon Features, then the release of BLADE: The Iron Cross is going to excite you. It is the 12th official entry as Dr. Hauser, the Third Reich’s maddest scientist, returns with more murder and mayhem. Blade is awakened when psychic journalist, Elisa Ivanov, awakens this angel of death to hammer Dr. Hauser back to hell.

“Sick science, punishing puppets, clairvoyant crusaders and a legion of fascist zombies combine in this, the darkest and weirdest PUPPET MASTER film yet: BLADE: THE IRON CROSS!”