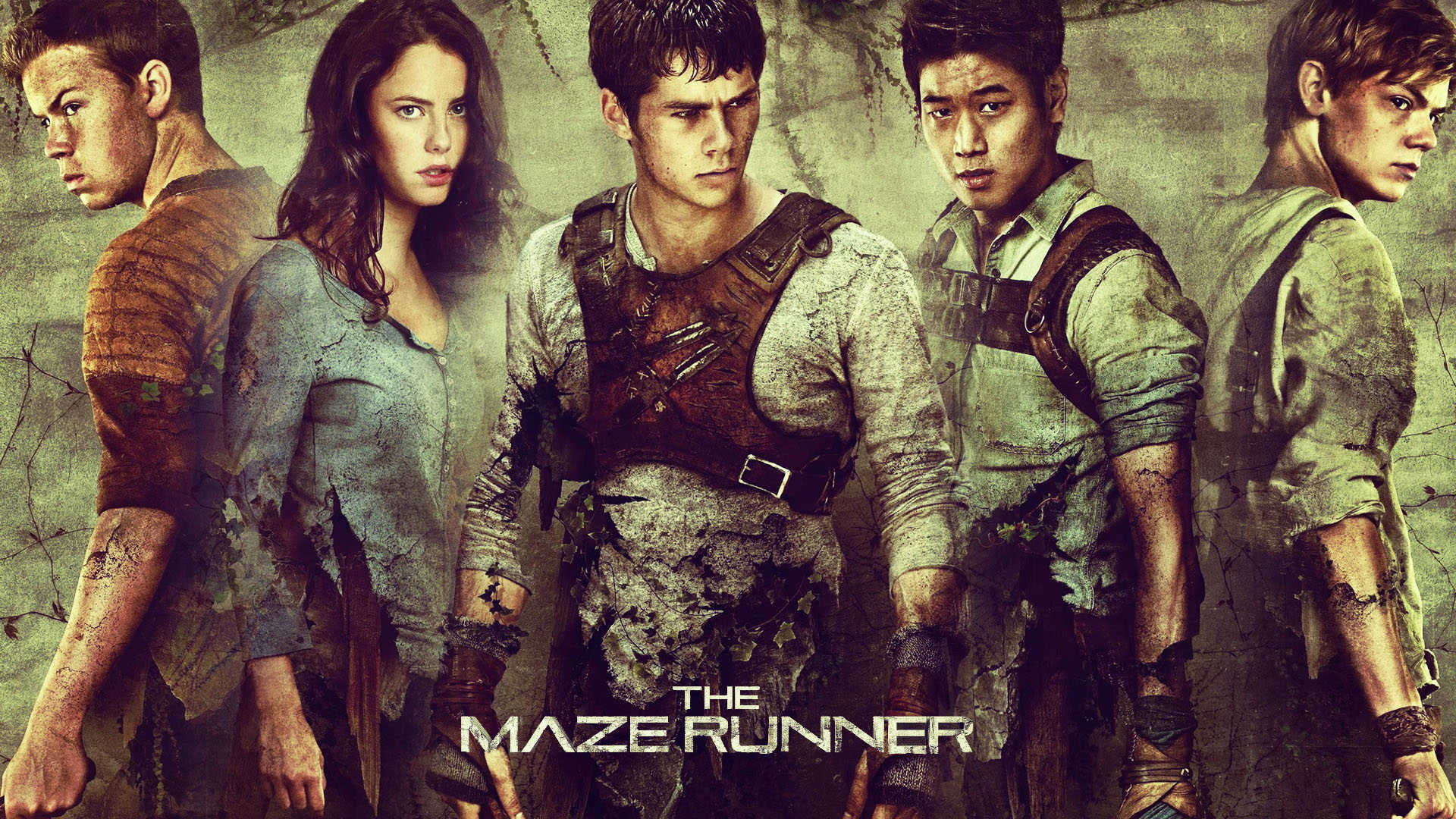 Hello my fellow bookworms! Welcome to today’s article on the Geeky Girl Book Club! I hope that I reeled you in when I mentioned that I will be discussing about the latest book and movie that has hit the screens, The Maze Runner!

How it came to be:

To begin, The Maze Runner is one out of the three books, written by James Dashner, an American writer from Georgia. This is his fourth book that he has written, on among others and was published back in 2009, which is beyond me on how I never came across such a book before. The levels of uniqueness that it carries blew my mind. Now, how the famous James came up with the book, he stated in a recent article, “I came up with the idea on my way to bed. A bunch of teenagers living inside an unsolvable Maze full of hideous creatures, in the future, in the dark, dystopian world. Terrible things would be done to them. Awful things. Completely hopeless. Until the victims turn everything on its head.” Imagine that! He came up with an entire plot for a book, on his way to bed! After a couple of years, when the book started receiving more exposure, it was finally made into a movie in 2014. Whether you have seen the movie or read the book you will be hooked on the first couple pages because of the intensity it portrays, however in my opinion the movie does not give the book justice!

The movie starts off showing the main character, Thomas, who is played by the well-known actor from Teen Wolf, Dylan O’ Brien, waking up in a box made of metal moving upwards to an unknown destination, “He began his new life standing up, surrounded by cold darkness and stale, dusty air. Metal ground against metal: a lurching shudder shook the floor beneath him.” the first couple of sentences immediately bring in curiosity! The movie began the same way as the book and also had the same details; however to me if you have read the book before seeing the movie you feel as if the movie was moving too fast rather than letting everything sit in to its audience, even though it was a 2 hour showing! They could have incorporated so much more. For example, in the movie they really didn’t show how close Thomas and Chuck really became, it seemed as they were just close friend that had to stick to one another because they were the Greenies, but in the book they were almost considered as best friends. He saw him as a little brother which shows why Thomas crying immensely at the end when the most imaginable thing happens to Chuck. After this, Thomas will never be the same and will never trust WICKED, ever! If you’re wondering what a Greenie is, the author has given the Gladers their own little language for themselves, which is actually a difficult task to acquire, since you have to keep the language alive throughout the book even if they are out of maze. Which they will be. Most authors tend to forget that they came up with a certain personalization that sets the characters apart; doing so could definitely lose the authors audience. That’s not the case with James. 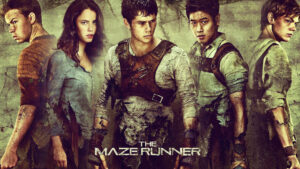 Why should we care about this book?

Why should we even care about this book? Let me tell you, it’s among one of the bestsellers alongside The Hunger Games. Series with this type of writing style and scenarios is what’s in today’s reading trends. If you have always loved books like these with the Sci-fi genre then stay tune because I will be talking so much more about them, since they’re my favorite type of books to read. Not only that, but the movie itself has made over 340 million dollars worldwide!

The Hunger Games vs. The Maze Runner:

Also, many people are trying to compare the movie/book with The Hunger Games, which has no comparison. The way I see it and many people view this is that we pick The Maze Runner over The Hunger Games because with the Hunger Games you don’t become emotionally attached to the characters. The characters in the Games were killed before we even got to know them while The Maze Runner you see the the characters grow and get killed off slowly by awful experiments that others are doing. Secondly, throughout the series of The Hunger Games you see more of the romance taking over rather than the action. You see everything revolving around Katniss and the love triangle she has which wasn’t necessarily bad, but I would have rather not gone through the dilemma with her. Don’t get me wrong, I enjoyed The Hunger Games, it was something completely out of the norm for a numerous amount of us readers, but now so is The Maze Runner. While the Maze Runner also has a love triangle, but its barley there. You don’t see Thomas thinking about the other two girls he likes he thinks more about his survival and the survival of the Gladers, not only that but getting his revenge on WICKED for what they did to Chuck. So much suspense! Another thing, these movies have completely different plots and solutions. The type of genre or the idea of it might be the same even that I find it to be different. Since The Maze Runner is more about experimenting on children because there is a disease plaguing the earth and The Hunger Games is about a higher power taking advantage of those that are on lower standings by killing them. Also, many people thought the movie was a bit confusing when they first watched it; especially the end. If you were one of the people that was left saying, “What just happened” at the end of the movie, then let me elaborate. This book is revolved around an agency called WICKED that uses certain special type of kids who are above average to experiment on them. The reason why they experiment on them comes clearer on the second book, The Scorch Trials. One piece of advice that the boys always say is, “Never trust WICKED!” even if they might be doing things for a good reason, or that’s what they want us to believe they’re doing. However, what makes it so difficult to even escape the maze is because the kids are afraid of what’s out there, the griever. These abdominal monsters that kill the kids if there out too late outside the mazes walls. Because of this they can’t seem to have the enough time to figure out the maze either. This pretty much sums up what the key elements of the story are. The only thing I see that’s comparable to The Hunger Games is the whole stuck in a maze and or arena conflict.

In my opinion, I enjoyed this book so much! It leaves your mouth gaping open at the end because it has the biggest cliff hanger in this entire universe! If you think I am exaggerating, then you need to head over and read for yourself! The steadiness of the book starts of head shot, slows down, then rapidly finishes to the point, which in a way can be enjoyable because you get to see action right in the beginning then begin to get to know some of the characters IN A WAY since the characters have their minds completely swiped away, so well you can’t really know a character without their background or where they came from, you have to assume who they are by their action which because of this book it changes, frequently. The book is constantly changing throughout the pages, it has you sitting on the edge because you don’t know what to expect. It’s refreshing because most book and movies can be predictable once you learn the plot line. That’s why I love the author because it’s not just in this book but on his other two as well. He always makes it seem as if Thomas can never trust anyone, which makes you skeptical of everyone as well. While you’re reading, your reading as Thomas which if he can’t trust a certain character, well then shoot you can’t trust them either.

When it comes to the writing of the book, the story plot was very well written and the authors writing style has different methods than others. Trying to capture the audience in the first couple pages and then leaving them hanging at the end. He kept your brain turning in different directions alongside the characters. This is why it is one of the bestselling books out right now. Go check it out and leave me comments below of what you think of the book and whether you believe WICKED is truly good? Can Thomas really trust WICKED? Will they finally give him what they promised? What do you think?