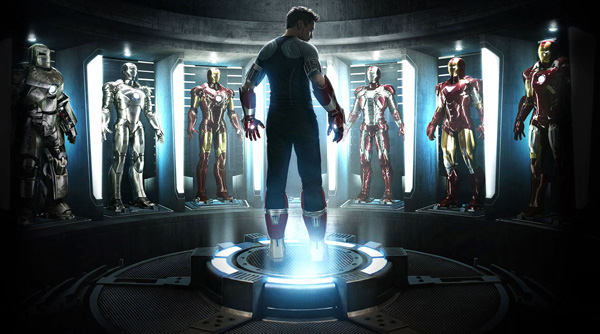 I have always been a bit overly obsessed with the summer blockbuster season. Every year, there are multiple films that push epic trailers that make me think they will be the best film of all time. This doesn’t usually happen, but these movies are huge, with the most well known actors and the most popular franchises. This all begins on the first Friday in May. Here is our May movie preview.

May is for Marvel

The first weekend in May has been owned by movies based on Marvel Comics since 2007 and most years since “Spider-Man” was released in 2002. This year Robert Downey Jr. returns as Tony Stark in “Iron Man 3.” The film is set to make a fortune at the box office. It already has overseas. But there is a question as to whether or not the plot is too much of a good thing. The trailers show a bunch of Iron Men converging on a final battle. Sure, Sir Ben Kingsley’s Mandarin looks to be an awesome addition to the franchise, but if we have countless Iron Men fighting bad guys it may look just like the final battle from “Iron Man 2,” which seemed quite similar to “Transformers: Revenge of the Fallen.” I don’t take that insult lightly.

What’s geekier than a 3D effects-heavy adaptation of classic literature? Baz Luhrmann’s take on the F. Scott Fitzgerald novel stars Leonardo DiCaprio and Tobey Maguire during the roaring 20s. Elaborate parties playing out to a modern film score co-executive produced by Jay-Z. That doesn’t sound like I remember it from 11th grade English class. The trailers look impressive, but we have to remember that it is based on literature. If you have trouble getting through the spark notes for a novel, “The Great Gatsby” may not be for you.

JJ Abrams always brings a few secrets with him when a project is coming out. Some of the the secrets feature more prominently than others. I’m looking at you, “Lost.” With “Star Trek Into Darkness”, there are a lot of questions surrounding Benedict Cumberbatch’s turn as the film’s villain, John Harrison. Maybe he’s just a dastardly villain or maybe he’s someone Trekkies have previously met. I Think we are all crossing our fingers a bit that he is Khan like in “Star Trek II: The Wrath of Khan” from 1982. But no matter what, the impressive Star Trek cast returns as slightly bigger stars than they were the first time around. It should be fun.

Take your pick. It is Las Vegas debauchery or muscle bound, high-speed crime. The trailers for “The Hangover III” haven’t said much about the plot, but the word is that it will not follow the worn ‘morning after’ format of the previous two. The studio must think the famous title and returning actors are enough to sell it to summer audiences. They’re likely right. As for the F & F crew, Dwayne ‘The Rock” Johnson’s lawman character teams up with Vin Diesel and his band of criminals to catch an even worse criminal. I don’t know how it’s possible that these movies get better with every installment. When I say better I mean more massive, more ridiculous and more awesome.

I’m not buying into the “After Earth” hype quite yet. I enjoy Will Smith as much as the next guy, but there seems to be too much Jayden Smith for my liking. The film promises big action, CGI monsters and lots of daddy issues. Plus Will has a weird future accent. In “Now You See Me”, a team of magicians pull off a string of robberies. Magic shows in real life are cool, but they’re even cooler in the movies. Jesse Eisenberg stars, but Michael Caine and Morgan Freeman are also in it. That should be enough to see this one.

I am in full blockbuster mode. Sure the 3D surcharges may cost us a bit, but these are the films where it’s worth it. A bunch of sequels and some originals provide a good balance in the theater. There are some smaller films coming out too, but they’re less fun.