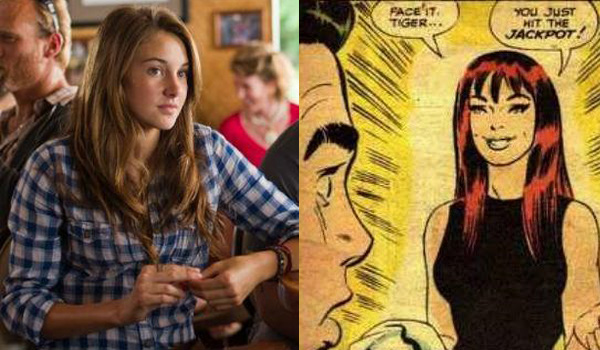 I put off writing this feature for a few days because I half-expected the freight train of Marvel (and Sony) to immediately announce a new Mary-Jane for “The Amazing Spider-Man 3,” but since that isn’t the case yet, let’s catch you up on the Saga of Mary-Jane Watson. Back in the fall, there was big buzz surrounding the announcement that Shailene Woodley of “The Descendants” fame was attached to play MJ in next summer’s sequel to “The Amazing Spider-Man.” It was another young star with some acting credentials to add depth to Spidey’s latest saga. Then we got some unofficial set photos of the actress. All seemed well… until last week. Dun, dun, dun.

According to The Hollywood Reporter, director Marc Webb has decided to cut Mary-Jane’s scenes completely from “The Amazing Spider-Man 2.” Apparently this is so the story can focus on the Peter and Gwen relationship. But even more interesting than the character being cut for the film is that Woodley will not be back for “The Amazing Spider-Man 3” when the character does show up. It’s seemingly because of scheduling issues, but how on Earth did they not lock up the actress with a lengthy contract only comic book movies can get away with? I think Chris Evans is contracted to play Captain America until the zombie apocalypse or age 90, whichever comes first. But either way, Woodley is out.

As a lifelong Spider-fan, I was excited to see the Gwen- MJ dynamic play out on the big screen. Most people forget that MJ was around while Gwen was. She dated Peter for a while and spouted ridiculous/ groovy jargon while avoiding being “tied down” to one guy for too long. But Gwen was Peter’s girl of choice. With only three scenes filmed, the Woodley Mary-Jane was probably pinned in an introductory role for “TAS 2.” So what happens in part 2 that Webb thought a few scenes with Woodley’s character would take away from? The web is abuzz with rumors and quotes from key players who will tell you what happens, but not here. This is a spoiler free write-up. Let’s just say that the outfit Emma Stone’s Gwen Stacey is wearing in the photo below looks awfully familiar. Web heads will catch my drift. 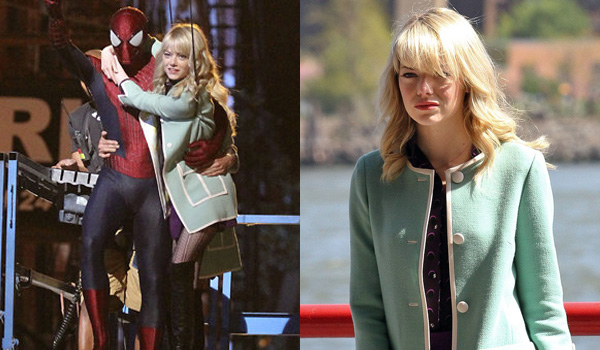 “The Amazing Spider-Man 2” is scheduled to be released May 2, 2014, but now the focus seems to have shifted toward the third installment and the return of MJ. Sony has given the third film a 2016 release and a fourth film a 2018 date. This kind of discussion is a bit crazy if you ask me. We have a perfectly good sequel already filmed and ready to go. Paul Giamatti is playing The Rhino, Jamie Foxx is playing Electro and Andrew Garfield and Emma Stone were great in the lead roles last time around. Must we always look so far in the comic book film filled future?

With that being said, we all want to know who will be the next Mary Jane. It’s an iconic character in a series that has been big on landing sought after actors to take on the roles. Sarah Gadon, who signed onto the third film soon after Woodley left, has said she is not MJ, so the jury is still out. I think the decision is obvious. In 2013 aren’t all big roles for young woman offered to Emma Watson? She’s attached to about 850 other movies though so maybe we give someone else a turn. Who do you think should play the iconic redhead?