Home Gaming Eternal Crusade: Because You Want To Be A Space Marine.
Gaming

Eternal Crusade: Because You Want To Be A Space Marine. 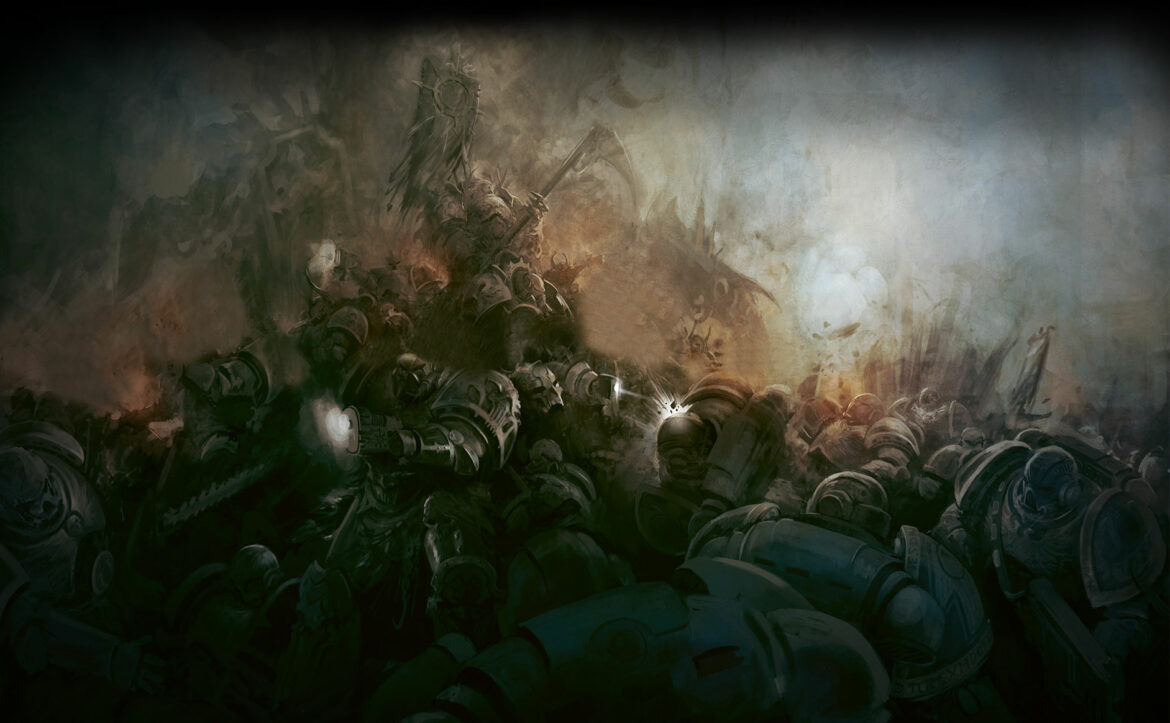 Maybe it’s because the development team are obviously on the side of the Imperium and I’m more of a Slaanesh girl, but the recent announcement of Eternal Crusade (an MMO based on the 40K universe) did not thrill me to my core, the way it should have.

It’s not that it won’t look beautiful, there’s so much pretty involved in putting together Warhammer and Warhammer 40K, I get a hangover from all the gorgeous. So, I have high confidence that game will be equally as stunning. I’m a big fan of what the guys behind it (Behaviour Interactive) can do, after spending hours playing WET and loving it! With these elements in place, it’s hard believe to that there’s any down side, especially to a game that lets you play in the 40K Universe. (Which, technically there is already a game that lets you do that, but it involves looking at other people across a table.).

There’s just a few things that have me concerned, words like ‘horizontal’ and ‘levelling’ being put too close together for one.

First though, let me tell you why you should be excited about this-

Warhammer 40K is an extensive universe, that is forever growing, changing and expanding. You don’t have to play the tabletop game to love what it’s about. The opportunity to jump straight into a game that is based on the structures that Warhammer 40K has built up? Is a great one.
You thought you were spoiled for choice in WoW because they hand you a new race every once in a while? You know even less than Jon Snow.
WoW is the fluffy version of what Warhammer and Warhammer 40K is about, or as close as you can get without the copyright infringement.
And despite all of that love for the universe, I’m feeling uneasy.

It’s only in it’s early stages, but just like a nublet who is rolling Need on items that they can’t wear, aggroing mobs while the healer is rezzing the tank and mashing buttons instead of working on their rotates…. The announcement needs some stern, and constructive, words if this thing is ever going to slay the dragon, known as World of Warcraft.

“We believe that the MMORPG genre is one with vast possibilities – just look at EvE Online or Firefall to see how far it can stretch.”

Whatever you do, don’t mention the WAR!….Craft, World of…

But here’s the parts where I can’t even.

“there’s no traditional quest or leveling structure in the experience.”

If nothing else, this makes me nervous. I’m like a child, I need structure! I need rules! If I don’t get those things, I go all out Chaotic. Well, more….all out Chaotic. Blood for the blood God, skulls for the Throne of Khorne.

But you’re not going to get rewarded for your skill and precision when playing the game, at least, not with any discernible system of leveling that we’ve seen in previous MMO’s.

“we’ve made a deliberate choice to make progression as horizontal as possible. “

Then, as the knight said to blondie in Indiana Jones and the Last Crusade, “He chose….poorly”.

It may just be their choice of words, it may be okay…. But ‘horizontal leveling’ sounds like my idea of hell, in a basket of hands. Who are the people that want to progress ‘horizontally’? Horizontal seems about as close to the opposite of ‘UP’, since they invented ‘DOWN’.

They’ve said they won’t keep it ‘content heavy’, which could be wise in one sense. There is a lot to absorb in the 40K Universe and so too much storyline could overpower those who are playing for the game, not because they care what a ‘space marine’ could be. The same way Game of Thrones the TV show is a much more simplified version in comparison to the Song of Ice and Fire book series.

“There are unique spots to find, environmental lore bits”

I just had to laugh at this part of it ‘environmental lore….bits’. You just tell they were trying to find another word, said ‘bits’ and then promised themselves they’d change it to something a little more enchanting when the time came to publish. Then time came to release the information and they were all….”Yeah, bits’ll do”.

It’s a great reassurance though. While keeping the world not too bogged down in the storyline, the entire reason I pay attention to the Warhammer universe is because of how complete and expansive it can be. The Gods, the races, the people of note from each part of the universe, are all reasons to be interested in the game. Hopefully these ‘environmental lore bits’ will provide tidbits for the ones interested enough to read about it.

The good news is, this 40K Warhammer MMO isn’t set to take place for a few years (2015 is the expected release date). They’re setting up a place for people to give feedback and voice concerns. When the email announcement came to fans, from David Ghozland the Creative Director, the interest in what fans wanted seemed genuine.

This is just an early announcement, a sketch if you will, of what they’re planning to do. There’s no point completely writing off a game that’s only in it’s early stages. Even if I think horizontal levelling sounds like a silly thing.

Besides, they’ll be opening up to comments soon and if you yell loud enough, I’m sure they won’t Microsoft it. Which is the new term for flip-flopping on the things that don’t really matter, while ignoring the bigger problem.

Mary Jane Cut from “The Amazing Spider-Man 2,” Shailene Woodly Will Not Return in the Role

i think you see this game to much as an ordinary mmorpg
where the lvl 80 always win against lvl 30 chars… this will be a shooter with RPG elements therefor you need to keep everyone killable for everyone
the higher levels will just have more tactical options and advantages but a lvl 1 can still kill em if he can manage to surprise the enemy or to outnumber them
if you want more infos about the game just visit our forum:
https://www.mmorpg.com/gamelist.cfm/game/954/view/forums/forum/1480

I am a humongous fan of the warhammer universe even without playing table top. I have a Chapter that is the Dark Angels, For the Lion! i am a scout and i love the fact that they are making a new game, because space marine has been in my words “left to die” by the new company that seems  to dislike the sheer awesomeness that thq and relic “also other developers” put into it, hell you cant even get the dlc anymore, but i left my topic, I love the warhammer universe and love the games that it produces.