Home Gaming A Hat in Time: Why We’re Excited
Gaming 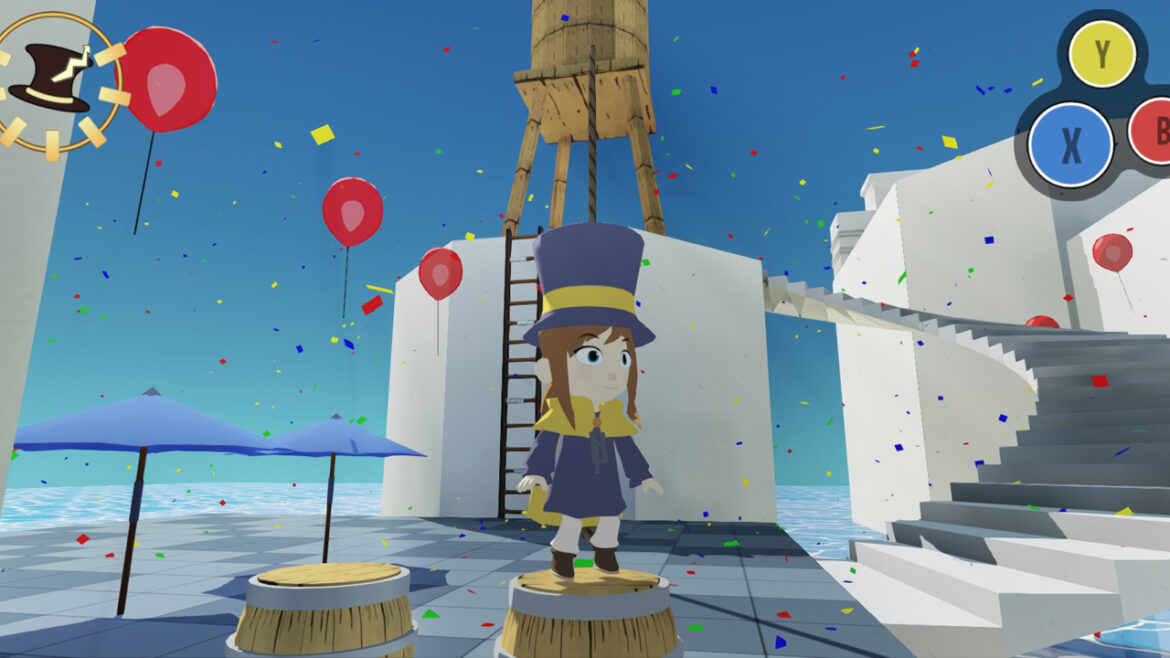 I love me some Nintendo 64. Seriously! That’s the console that really got me into playing video games as a kid over anything else. And what a system it was! Who could forget such legendary titles such as Super Mario 64, The Legend of Zelda: Ocarina of Time, Donkey Kong 64, Banjo-Kazooie, Mario Kart 64, and my personal favorite Star Fox 64! Oh. OHHHHH. SO MANY GOOD GAMES. Smell that? It’s nostalgia. AND IT SMELLS WONDERFUL. I don’t know, I can’t seem to find that sheer magic I felt when playing some of these games as a kid. Maybe it’s because I was a kid and everything was lollipops and sunshine! No, that can’t be it. I get all giddy when I sit down to play Super Mario Galaxy still on the Wii. So what’s the deal, modern games? Where are all the huge, magical worlds? Where are the colorful characters that like to jump on stuff? Why is today all about FPS games and shooting people?!?! 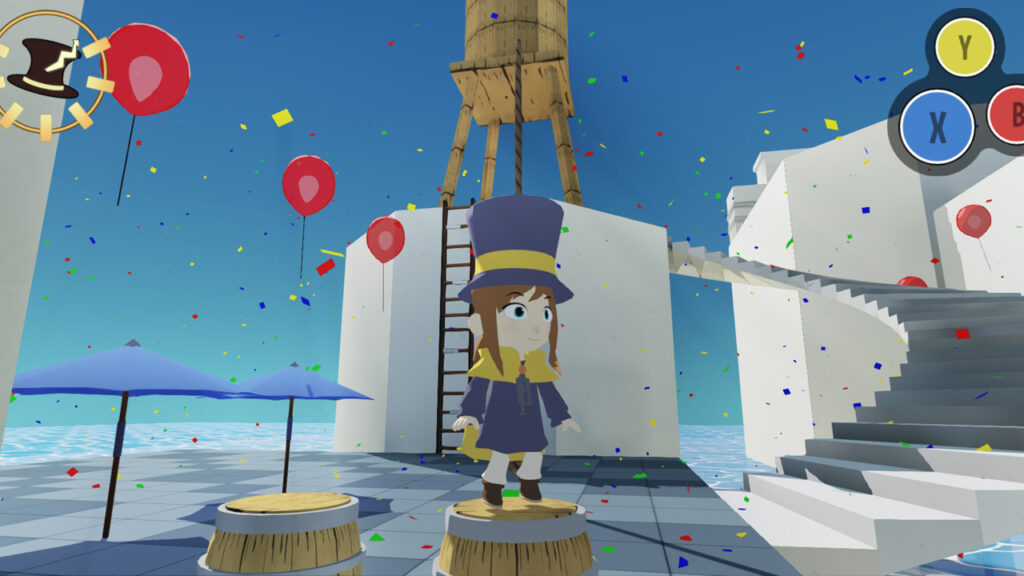 Denmark, of all places, gave me a virtual bowl of soup and told me everything was going to be okay when they announced the upcoming indie title A Hat in Time! Currently in development by Gears for Breakfest out of Copenhagen, A Hat in Time labels itself as “a 3D collect-a-thon platformer in the spirit of the classic Nintendo 64 titles you know and love” and referencing greats such as Banjo-Kazooie and Super Mario 64! Finally. FINALLY. Someone out there decided to take an about-face and head back into when the gaming industry was in its prime!

The game follows a girl named Hat Kid, a time-traveler (complete with an awesome top hat), who is tasked with collecting all of the time pieces and putting theme back together before the evil Mustache Girl uses time for evil! See, this is what I really miss about old school games. There’s a simple story, but absolutely brilliant game play. I MEAN, LOOK AT THIS. IT’S BEAUTIFUL.

Oh indie developers, I do love you sometimes.

Hat Kid is all about platforming. She’s capable of wall running a jumping, as you would imagine, as well as wall jumping, sliding, and double jumping! Hat Kid is also equipped with an umbrella, capable of whacking enemies about as well as having the ability to be upgraded to be used as a hookshot! She’ll be jumping along through several different chapters, each with missions that alter the environment in the style of Super Mario 64. Hat Kid also was confirmed to have a level or two based on the moon. I love it!

To make things even more exciting, legendary composer Grant Kirkhope has been confirmed to have a few songs throughout the game, according to the game’s Kickstarter project. You know, Grant Kirkhope? The guy responsible for such beautiful soundtracks belonging to games such as Banjo-Kazooie, Donkey Kong 64, Perfect Dark, and GoldenEye 007? YEAH, HIM. I cannot fathom how incredible this game is going to be.

While the Kickstarter for A Hat in Time is coming to a close, you’re still welcome to check out more information regarding the stretch goals as well as the game in general. https://www.kickstarter.com/projects/jonaskaerlev/a-hat-in-time-3d-collect-a-thon-platformer

The development team is hoping for a release on the Wii U eShop in the long run, but is currently taking votes on Steam Greenlight. https://steamcommunity.com/sharedfiles/filedetails/?id=92952101

SO GO VOTE! This game is a masterpiece in the making.

Eternal Crusade: Because You Want To Be A Space Marine.

Do you think this game should see an OUYA release as well?