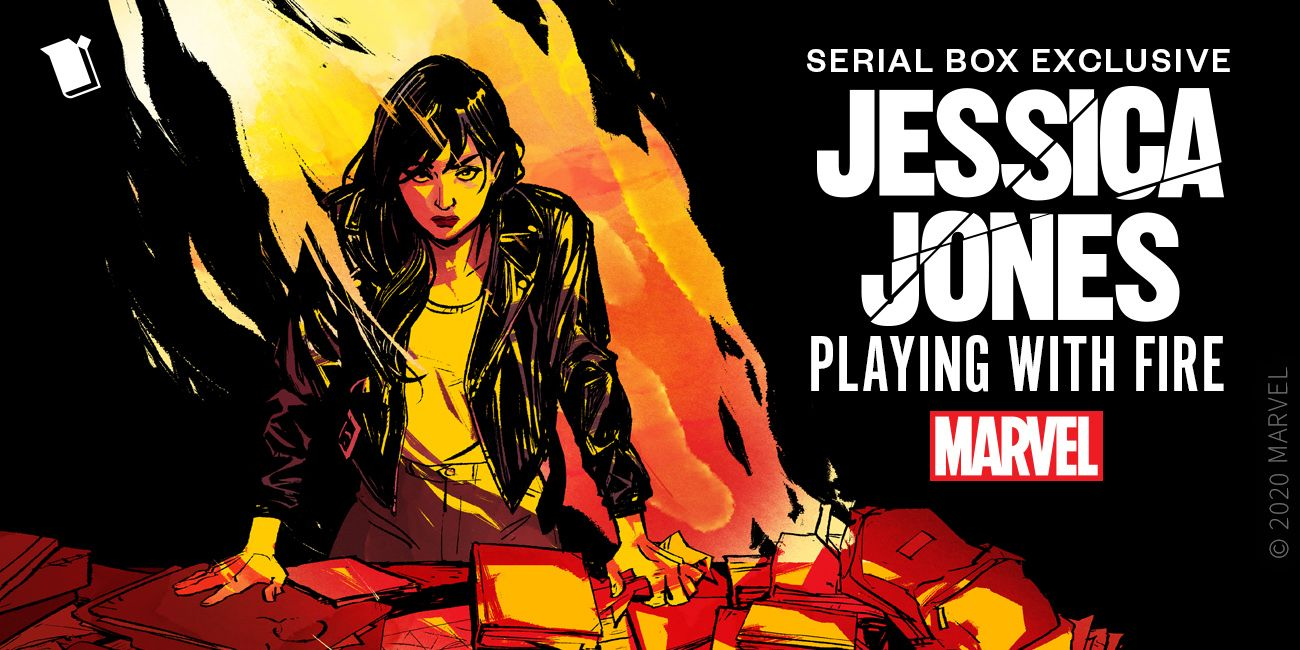 The safe choice? Walk away. But when has Jessica Jones ever played it safe?

WHAT: Marvel’s Jessica Jones: Playing with Fire is a 16-episode story you can read OR listen to on either your phone, the web, or the Serial Box app.

In the series launching on Serial Box, Jessica Jones has made an art of ignoring her particular brand of super-powered trauma. But these days, she’s giving the whole “self-care” thing a try. Seeing a therapist, finding healthier coping mechanisms (read: no business-hours drinking), working toward not wanting to punch things all the time. Maybe even taking the occasional case that won’t eat her alive.

A simple missing persons case seems like just the ticket. But when a boy’s body turns up in what looks like a cut-and-dried OD, Jessica can’t let it go and dives headlong into an obsessive search for answers.

WHEN: The first three episodes launched today, with new episodes releasing in weekly installments thereafter. The full season [16 episodes] will be available for $9.99.