It’s Marvel Versus Manny And Mayweather This May! 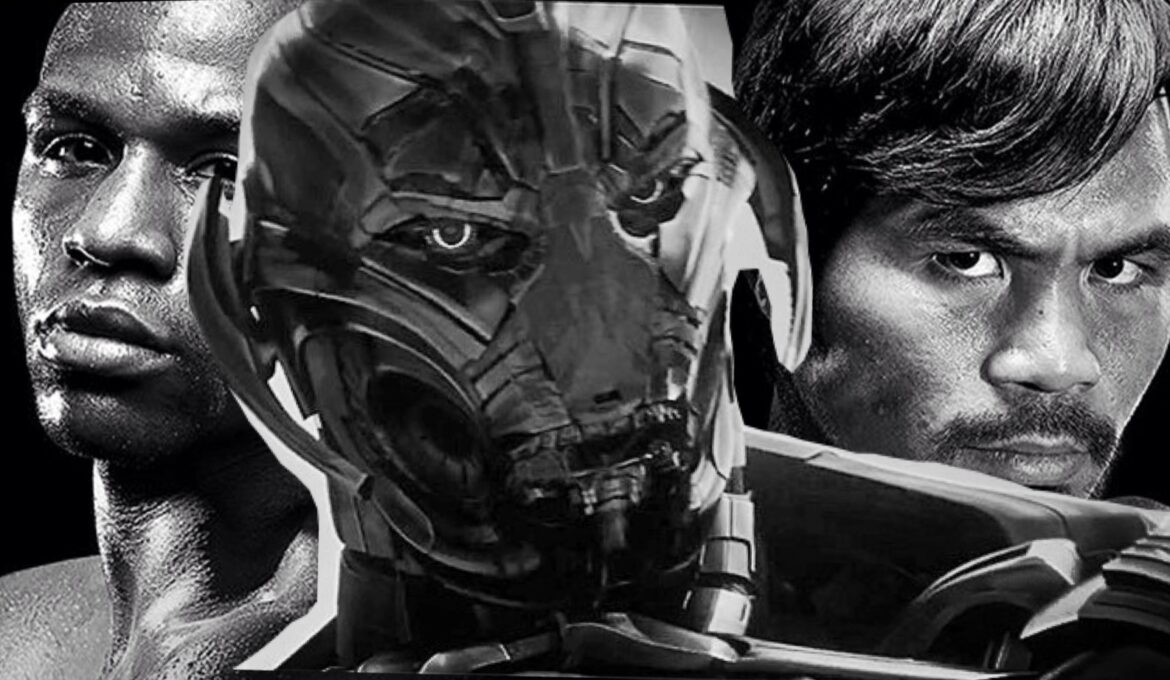 With much thanks to American Sniper and the female driven erotica 50 Shades of Grey, 2015 is already off to a great year in terms of cinema sales. What was already anticipated to be a heavy blockbuster year with many returning franchise contenders like Jurassic World and Star Wars poised for overdue redemption, it seemed that Hollywood was going to steamroll their impact on cultural phenomena like it was 2012 all over again. However, another long overdue headliner has recently emerged to challenge the grandest block breaker of them all, Marvel and their Avengers.

Marvel Versus Manny and Mayweather Set for Battle May 2nd

For years boxing fans and common folk who just like following headlines have waited for the one fight to determine who is the best pound for pound fighter, Floyd “Money” Mayweather or Manny “Pac Man” Pacquioa. Coincidently, since the fight will occur just a day after Avengers 2 what we will also be determining is whether this fight can, or to what degree, impact Marvel’s Age of Ultron.

Both are fanatically anticipated, with the first Avengers film breaking loads of records when it debuted in May 2012 many are patiently awaiting its return even more than Star Wars Episode VII (at least for me) and the Manny/Mayweather brawl has since the dawn of the question been fueled by speculation and social media, this can be largely lopsided or at least lowered by a media stalemate.

United Against a Common Enemy

Last time the Avengers assembled, it took Loki and the combined might of a Chitauri army to battle them. The end result was a box office opening record, fastest track to $1 billion record, and a slew of more box office achievements that have yet to be surpassed unless Age of Ultron had anything to do with it. That is until recently when Manny and Money signed their contract. Some will argue that much of the success that Avengers is indebted to involves around the road that led to a unified movie multiverse. What wasn’t done before and now is expected from DC and a future classic monster crossover, much of the magic has gone for the non-avid comic readers and followers. With each franchise, we tread closer to maximum capacity and soon the appreciation for the superhero multi-verse will implode, leaving these multimillion dollar projects a thing of the past. I only hope that we’re not there yet with much more to look forward even after the Avengers 2. Granted, the team hasn’t unified since 2012 and with the trailer making its first debut barely a month ago, the ball could still very well be in Marvel’s court. Much of Hollywood agrees as there is not even a new release following the next weekend.

While the Manny and Mayweather fight has been called the fight of the century, some can even argue that this is almost too late. With Manny taking a vicious loss to Marquez in 2012 his legacy was not only tarnished but destroyed. What was supposed to be a bout of boxing legends is now just a hypothetical come to life. Also, growing discontent for Mayweather can be the deciding factor of whether people will not watch or just watch simply to see the possibility that maybe he is dethroned. Some in fact already believe the fight already in his favor and that they’re only watching to see them dance for 12 rounds and the judges give it to Floyd. Although some of Floyd’s previous fights have seen the judges try to take the win away from him it’ll take a knockout for Manny to win, and that is probably more farfetched than Ultron winning his fight.

However, all is dependent on whether the two headliners intimately share the same fan base. Avengers 2 is a popular favorite and at least fans don’t have to sit through a few hours of amateurs duking it out before the main event. Also, with Manny and Mayweather entering the ring late Saturday night it is safe to say that it shouldn’t negatively impact too much, however, the weekend shows no underdog present. With Marvel releasing a statement that it is again not bowing to anyone (not even Batman vs Superman was enough to waver their decision before), the true winners are us, the spectators.

Age of UltronmarvelMayweather vs Manny

‘Mirror of the Future’, Memomi, Eliminates Trips to the Dressing Room