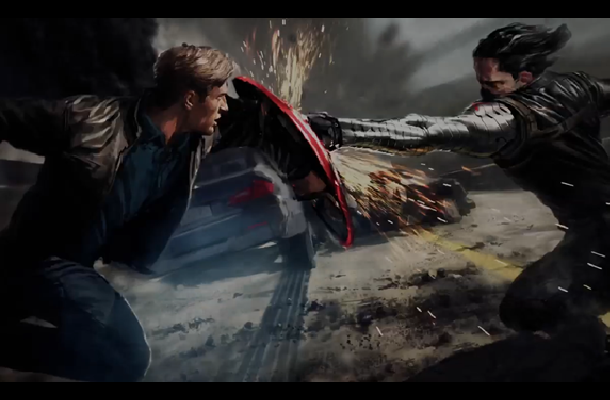 Fans of the spectacular Marvel comic book movies have finally received their 10-disc Marvel Cinematic Universe: Phase One – Avengers Assembled blu-ray box sets; which collect every Marvel film since the first Iron Man, minus the films under the “Marvel Knights” banner. This collection essentially chronicles the origins of each member of super-hero team The Avengers, culminating in the huge cross over movie of the same name.

In addition to the films, the box set included a code that gave access to the online S.H.I.E.L.D. Mainframe that once in, plays a special preview video of Marvel’s “Phase 2” movie project. This video gives a glimpse of several new films as well as sequels that will be coming to the cinemas over the next few years.

We already knew that new Iron Man, Thor and Captain America films were on the way, but this new video provides just enough information to start speculating on what to expect. Please do not read any further if you want to avoid potential spoilers. 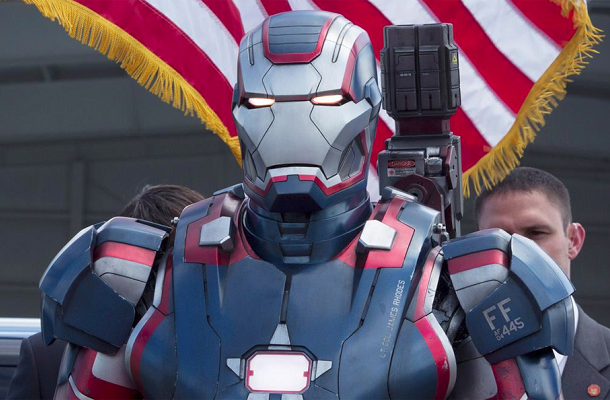 The preview itself is heavy on Iron Man 3 details, which is presumably due to Iron Man 3 being the first of the Phase 2 films, being released in May of this year. Unfortunately, most of the details and footage have already been released or leaked to the public, as can be read in our Iron Man 3 roundup. Iron Man 3 will be exploring new aspects of Tony Stark’s character following the destruction of his personal life at the hands of super genius and super villain The Mandarin.

Tony will also be joined by returning character James Rhodes who trades in his “War Machine” suit for a red, white and blue “Iron Patriot” suit. This will of course be the first film focussing on Stark after him realising that the Marvel universe doesn’t just revolve around him. It’ll also act as the audiences entry point into a post-Avengers film and will undoubtedly leave some clues about future Phase 2 events. 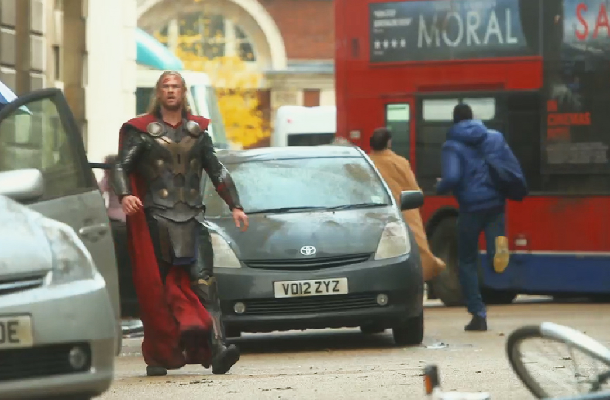 Thor will also be returning to Earth for reasons unknown, this time choosing England as his home away from home (if the red buses and British number plates are anything to go by). Thor: The Dark World is due for release in November of this year.

Captain America: The Winter Soldier will see the Captain confront his haunting memories

That’s as far as it goes for behind the scene glimpses of upcoming Marvel films. However, the preview video also showed off a collection of interesting concept art for later projects. First up is artwork for 2014’s Captain America: The Winter Soldier, which shows off a brief battle between the Cap and The Winter Soldier, as well as showing another marvel character known simply as Falcon.

Plot wise, all that is known is that Captain America will have to revisit the haunting memories of his dead friend Barnes and his links to The Winter Solider. Fans of the comics will know what’s coming, but nevertheless Captain America: The Winter Soldier already looks as though it will be a movie highlight of 2014.

Will Guardians of the Galaxies and Ant-Man be unsuspecting Marvel hits?

Next up is the film adaptation of a slightly lesser known series of Marvel comics, Guardians of the Galaxy. Even less is known about this film than with Captain America: The Winter Soldier. But, what we do know is that it will be the first Marvel film set mostly in space, and will probably act as a more stand alone story that has less ties to what is happening on Earth. With a cool line up of aliens as well as an anthropomorphic raccoon and a cool looking space ship. Guardians of the Galaxy is definitely a film to watch out for.

Lastly is the test footage for the Ant-Man film that may or may not become a reality. Ant-Man was originally a member of The Avengers when the team debuted in 1963, but has had extremely little attention given to him outside of the comic books. It’s still uncertain as to whether Ant-Man will appear sometime during Phase 2 or at the start of Phase 3 along with a Doctor Strange movie, as suggested by Marvel’s Kevin Feige earlier this year.

Marvel Studios has a Healthy Future Ahead 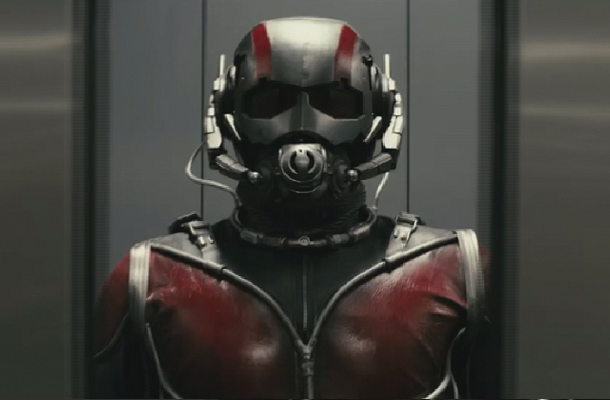 All images sourced from Geeksofdoom

There’s no doubt that the early 21st century will be known as the golden age of comic book movies and will shrug off the horrible comic book movie failures of the past. But are you surprised to see Marvel Studios being so open about their long term filming schedule? Are you happy to see Ant-man finally make it to the big screen? Excited about Iron Man 3 coming out in a few months? Check out Marvel’s preview on  Dailymotion and let us know by leaving a comment below!

Disney Shuts Down LucasArts For Good