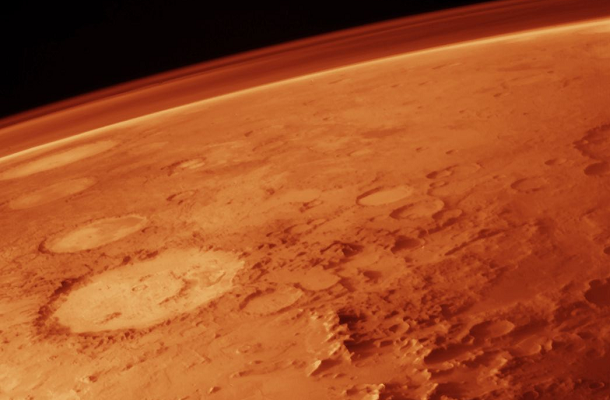 The Mars Curiosity rover’s mission to find evidence of a once habitable environment on the surface of our neighboring planet has taken one giant leap in the right direction. A recent press release by NASA describes how data obtained from the analysis of rock samples taken from the Yellowknife Bay area of the Martian Gale Crater, show that microbes may have potentially lived on Mars at some point in its ancient history.

“A fundamental question for this mission is whether Mars could have supported a habitable environment,” explained lead scientist for NASA’s Mars Exploration Program, Michael Meyer, “From what we know now, the answer is yes.”

In order to make such a monumental claim, the highly advanced, nuclear powered rover had to have found evidence of three separate factors within the same rock sample. First and foremost is the evidence of water, with the second factor being that this water and the surrounding Martian dirt needed to be of a low enough level of acidity. Lastly, evidence of minerals that, when mixed, offer energy gradients that can be utilized by basic microbial organisms. Fortunately for the team at NASA, Curiosity found all three.

Clay minerals formed only from the reaction of fresh water with igneous minerals were found to make up 20% of the rock sample. In addition to this, calcium sulfate found along with the clay indicate that the soil is of neutral acidity. But what about the chemical energy required to sustain life?

“The range of ingredients we have identified in the sample is impressive,” Said principle investigator of the Sample Analysis of Mars instruments at NASA Paul Mahaffy, “and it suggest parings such as sulfates and sulfides that indicate a possible chemical energy source for micro-organisms.”

What Mahaffy means by this is that the minerals found within the sample contain some chemicals that can accept electrons, and some that lose electrons. The swapping and sharing of electrons is the basis of all chemical reactions and is absolutely necessary for any microbial life to exist.

So far the Curiosity rover has been a great success for NASA and the scientific community; and although only hints of evidence of the remains of actual life on Mars has been found, the knowledge that life could have existed is none-the-less exciting.

The next stop for Curiosity is Gale’s Crater’s central mount known as Mount Sharp, officially named Aeolis Mons. It is here that they hope to analyse and compare the layers of rocks with those found at Yellowknife Bay in order to get a better idea of how large, diverse and how lasting the once hospitable environment actually was. Further clay and sulfate minerals have indeed been identified at Mount Sharp from orbit, and the location may be NASA’s best chance at finding the holy grail of all Martian expeditions; preserved organic molecules, i.e. the remains of Martian lifeforms.

Research Suggests the Closest Earth-like Planet to be 6.5 Light Years Away

Unfortunately Mars is no longer habitable to humans or microbes, but research in other areas of astrobiology are still discovering Earth-like planets across the galaxy. One such study suggests that the nearest planet of potential habitability is likely to be 6.5 light years away. To put that distance into perspective, while the hypothetical planet is relatively close considering the vast size of the galaxy, anyone listening to the radio on the planet would only now be receiving transmissions we broadcast back in 2006.

According to an article in New Scientist, Ravi Kopparapu of Penn State University came to this conclusion by reworking calculations made roughly a month ago by Courtney Dressing and David Charbonneau of the Smithsonian Center for Astrophysics in Cambridge, Massachusetts.

Dressing and Charbonneau analysed data from the Kepler space telescope, which seeks planets by looking for fluctuations in starlight patterns caused by planets passing in front of stars. They found that out of 95 dim red dwarf stars that had orbiting planets, three of them had planets of similar size to Earth and far enough away from the star to allow liquid water to form.

“I noticed that they were using old definitions of habitable zones,” says Kopparapu

From here they calculated just how many red stars in total would have an Earth-like planet orbiting it, applied these statistics to the distribution of red stars in our own galaxy, the Milky Way, and concluded that such a planet should exist roughly 13 light years away from our own.

But Kopparapu wasn’t happy with their findings. “I noticed that they were using old definitions of habitable zones, and so they did not count all the planets that should be in the habitable zone” said Kopparapu, who is referring to mathematical formulas originally conceived in 1993 which do not take account of an atmosphere’s response to sunlight as well as the differing temperate for stars that are not our own Sun.

Kopparapu applied his new, updated formulas to Dressing and Charbonneau’s to find that roughly half of all dim red dwarfs have orbiting Earth-like planets and that the nearest habitable planet should in fact be 6.5-7 light years away, as described in his recent paper submitted to the Cornell University Library.

It seems as though the dream of settling distance worlds and discovering yet unseen extraterrestrial lifeforms is a dream of humanity that will never die away. The world will hold its breath as such research continues as the most important scientific discovery of all time may just be around corner.