There are a surprising amount of recognizable titles in this March movie lineup. Disney will unveil its latest Pixar release just a few weeks before another live action update. Also we will see one of the biggest comic book characters outside of Marvel and DC as well as a highly anticipated horror sequel. Here’s our full March movie preview.

Based on Jane Austin’s novel of the same name, Emma is a romantic comedy set in the 1800s, which was when the book was published. The title character means well, but ultimately causes drama by interfering in the love lives of her friends and those around her. Anya Taylor-Joy and Bill Nighy star.

The latest release from the folks at Disney and Pixar is Onward. Featuring the voices of Chris Pratt and Tom Holland, the story has two elf brothers in a magical suburbia attempting to complete a spell that would allow them to speak to their deceased father for one day. I’ve seen enough Pixar movies to know this is not going to be all laughs.

Ben Affleck stars in the sports drama The Way Back as a basketball coach. The star of his high school team, Affleck’s character saw his dreams dry up when he turned down a college scholarship. Now an adult struggling with alcoholism, he is given the chance to coach the team at his old high school. 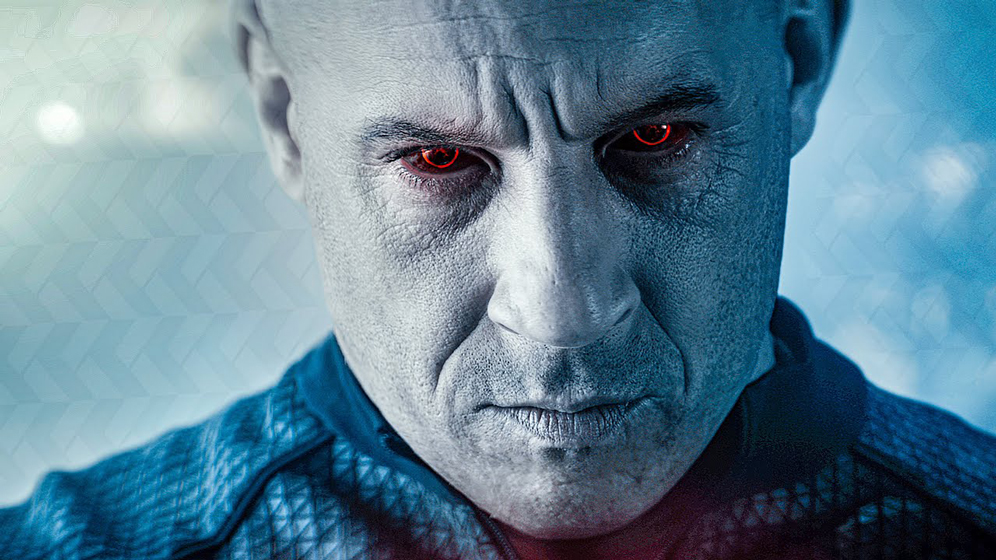 March 13th– Bloodshot, The Hunt, I Still Believe, My Spy

Valiant Comics heavyweight, Bloodshot gets a feature film with Vin Diesel as the title character. The origin story features a Marine being killed before being reborn as a superhuman assassin. But as he begins to piece together the last few years, he sets his sights on the man that killed him and his wife.

The release of The Hunt was delayed last summer after the mass shootings in Dayton and El Paso. But now it is seeing a theatrical release. The plot is a modern take on the The Most Dangerous Game with a group of people being hunted by a group of elitists. Betty Gilpin stars.

KJ Apa takes a detour away from Riverdale to star as real-life Christian music star Jeremy Camp in I Still Believe. The film follows Camp and his whirlwind romance with his young wife (Britt Robertson), her cancer diagnosis and his rise to fame.

It’s a tale as old as film. An emotionally unavailable tough guy is forced to open up when paired with a sarcastic child. My Spy stars Dave Bautista as a failing CIA agent. When tasked with spying on a family, a 9-year-old girl finds him and threatens to blow his cover. In return for her silence, the agent agrees to teach her to be a spy.

Scavenger hunt participants, the next part you need is –

Okay, last clue and last part of the secret redemption key. Internet fads come and go and sometimes they’re more dangerous than people realize. Several years ago there was one for making homemade crystals, and the results were toxic. Using your search skills, find our article on this topic and you’ll get those game rewards.

A Quiet Place Part II is a sequel to the movie where no one can talk or monsters will get you. That is not to be confused with the one where you can’t look at the monsters or they’ll get you. Coming next summer is the one where if you smelt it, you dealt it. John Krasinski returns as director with Emily Blunt starring. After the events of the first film, the family now ventures away from home attempting to find safety. But new threats are afoot.

Disney’s streak of live-action remakes of animated hits continues with Mulan. There is a significant change with this adaptation though. Noticeably absent is the talking dragon companion Mushu. But since this is a PG-13 rated gritty war film, that exclusion makes sense. The main storyline remains intact. Mulan disguises herself as a man, and enlists in the military, to meet the family requirement and protect her elderly father from fighting. Yifel Liu plays Mulan.

Those are your March movie choices. For my picks, My Spy looks like a funny family comedy. But I’m anxious to see what a Vin Diesel Bloodshot will look like. Fast and Furious with superpowers? It’s possible. And even if that was the case, I’d be on board. It’s almost springtime, so go inside and watch a movie!

Is your Private Data Really Private on DNA Testing?

Design for Failure with the Cloud