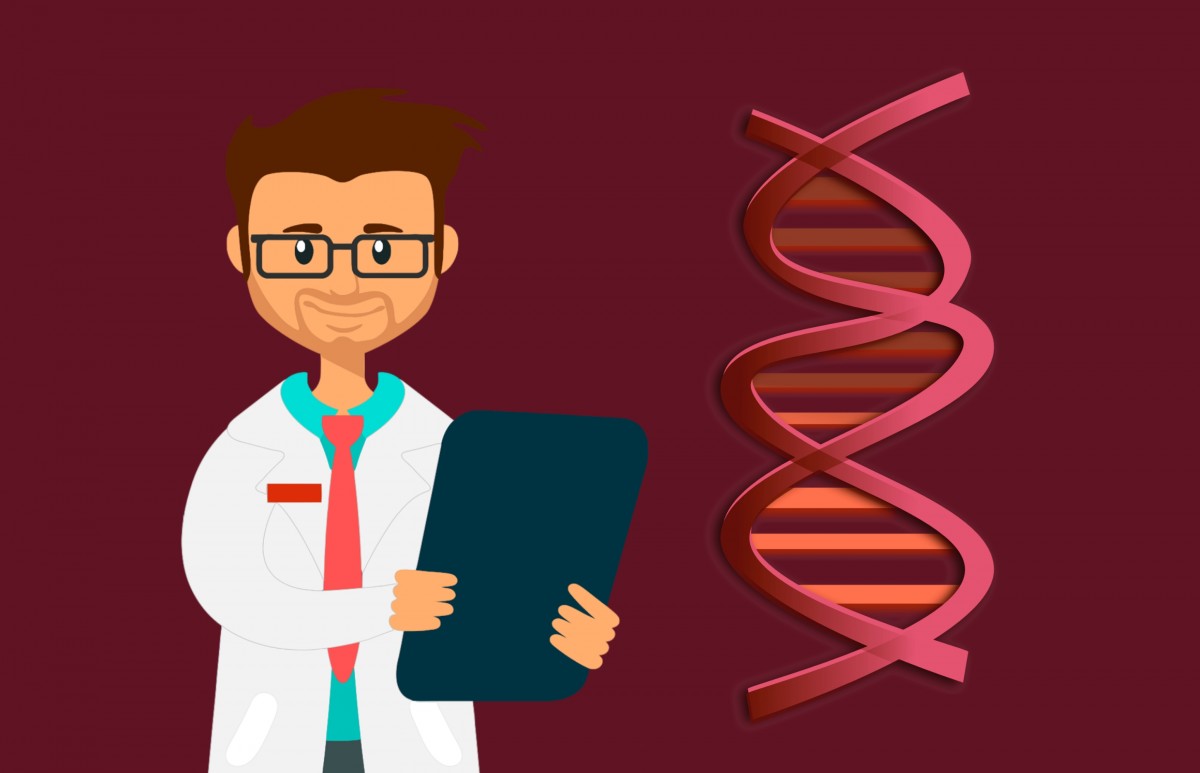 Privacy is a hot topic of debate in a world that gets seemingly smaller each day. With our phones being listened to by the CIA as Snowden exposed, or Google tracking every movement your mobile GPS makes, we feel although we’re surrendering every aspect of our private lives to large corporations.

What’s even more alarming is that it’s not just the large corporations who have our data that’s a concern, but also who they may give it to. This was highlighted in the rather tragic story of Cambridge Analytica — a company who harvested 50 million Facebook profiles in a data breach that won a US presidential election.

So, when you think about giving away your actual DNA to company, it kind of sends a shiver down the spine. This is the most intimate, integral part of our existence. Something that in a black mirror episode would be used to clone us.

DNA test kit companies are aware of this, so they’re trying to brand themselves as privacy advocates that will de-personalise your data for you. The only issue is that by nature of your DNA being unique to you, you can’t de-personalise it. Many companies will strip your name off the genome record, but this doesn’t mean there aren’t ways that you could be identified using the genetic code itself. DNA test data safety is questionable to say the least.

What’s worse is that genetic testing companies aren’t covered under the HIPAA act. This is the regulation that enforces health insurance agencies to not share personal medical records.

FamilyTreeDNA has been found to have been cooperating with US federal investigators in solving crimes. This seems like a goldmine for federal investigators, but it severely violates the assumption that customers had, which was that their DNA data wouldn’t be shared with any. Again, you can have all the regulations in the world in place yet, federal agents could always somewhat be deemed as “above the law”, and you can’t help feel like this would always be a risk.

Veritas Genetics, a DNA testing company, has also committed a data breach. Customer data had been accessed by an unauthorised user. Such a database being in the hands of some hackers is a scary thought, and is always a possible threat.

In fact, most companies will sell aggregated genetic data to insurance companies, drug-development firms and so on. This doesn’t mean it has your name attached, but equally, it’s your data and you can be identified through it. This is a simple revenue stream at the customers’ privacy expense.

Some companies such as 23andMe and Ancestry will state that they will not work with law enforcement agencies… Unless they have a search warranty. This is laughable PR. They may as well have called themselves partners in crime. This could lead to being implicated in a crime.

How to Stay Protected When Using DNA Testing

The safest strategy would be to not use them at all. But this isn’t much of a tactic. The modern world has many goods and services that we can benefit from, and abstinence from it all would be no life to lead (not to mention impossible). You only have to watch the Channel 4 programme Hunted to realise there’s no anonymity left in the modern world. There definitely seems to be a justified reason for using DNA testing, and you can somewhat protect yourself. Perhaps not entirely, but you can minimise your risk.

The best way to do this is to simply browse the most reputable companies. Once you get a list of the most credible ones, starting ticking off those that have been the centre of data/privacy controversy – you will find mostly smaller companies to be the least trustworthy. You will see a few big companies that crop up in the headlines more than others, too.

Out of the few remaining, simply browse which one seems to have an emphasis on privacy, along with looking at online reviews of them. Learning this skill of deduction and critical thinking is important for analyzing all services you decide to use. There would therefore be little point in suggesting a company specifically in this article. Circumstances can also change quickly too, so it’s best to follow your own intuition. Afterall, some may have a much lower threshold for privacy concern (some think it’s okay for the police to use DNA companies for database access “to solve crimes and keep the world a safer place”).

Once you’ve read their Terms and Conditions, you’ll likely realise that they all will sell or give away your data, at some point, to someone. You can on the other hand simply accept this, and join them. There are some smaller companies that will actually let you control your data and even sell it yourself. This will likely go to the same companies that it would anyway, yet you’re the one selling it making money.

As mentioned above, it’s impossible to escape genetic privacy. If you’re not on the database, your family members likely are. This can still be used to identify you. So, in true existentialist fashion, you can choose to embrace it, put your own meaning (or profit) on it and restore some empowerment.