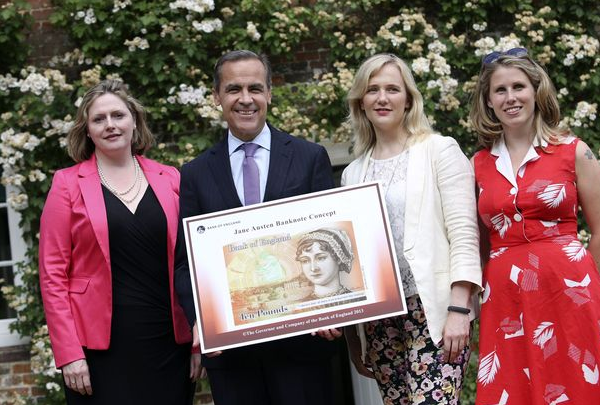 A 21 year old man has been arrested for issuing tweets on Twitter threatening to rape Caroline Criado-Perez, the woman who campaigned for a female face on British banknotes until recently.

It all started when the Bank of England decided to replace Elizabeth Fry’s face with Winston Churchill’s on the £5 note. Apart from the Queen, this would have left no woman on England’s banknotes. Caroline then campaigned for a female face on English banknotes, with a petition that received over 35,000 supporters. The Bank of England then decided to introduce £10 notes with Jane Austen starting 2017. The announcement took place last Wednesday.

However, ever since then, Criado-Perez has been subjected to  intense hatred on Twitter – receiving death and rape threats at the rate of about 50 every hour for 2 days straight. Now, the Scotland Yard seems to have arrested a man in connection with these threats.

The Scotland Yard issued a statement:

“A 21-year-old man has today been arrested in the Manchester area on suspicion of harassment offences. The arrest is in connection with an allegation of malicious communications received by officers in Camden on Thursday, July 25.”

Meanwhile, Twitter has been at the receiving end of a barrage of criticism for failing to act over the incidents. Criado-Perez slammed the microblogging site’s policy for offensive tweets, which requires users to report every offensive tweet individually by filling out an online form.

“If you’re someone who’s receiving . . . about 50 rape threats an hour, it’s just not practical to expect you to go and fill in this form every single tweet. They’re on the side of the abusers, not the victims, and they really, really need to get on the side of the victims.” – Criado-Perez

An online petition was set up demanding Twitter introduce a ‘report abuse’ button to every tweet on the site. It received an overwhelming response, and currently has about 65,000 supporters. After days of criticism, however, Twitter has given in and agreed to introduce the button. In a statement, a Twitter spokesperson said:

“The ability to report individual tweets for abuse is currently available on Twitter for iPhone, and we plan to bring this functionality to other platforms, including Android and the web. We will suspend accounts that once reported to us, are found to be in breach of our rules. We encourage users to report an account for violation of the Twitter rules by using one of our report forms.”

The arrested man was from Manchester, and has been let out on bail as of now.

The incident is an indicator of the trend of the increasing crime rates on Facebook and Twitter, which has risen 780% in the past 4 years, according to British police figures. Almost 5000 reports were made this year towards social networking crime.