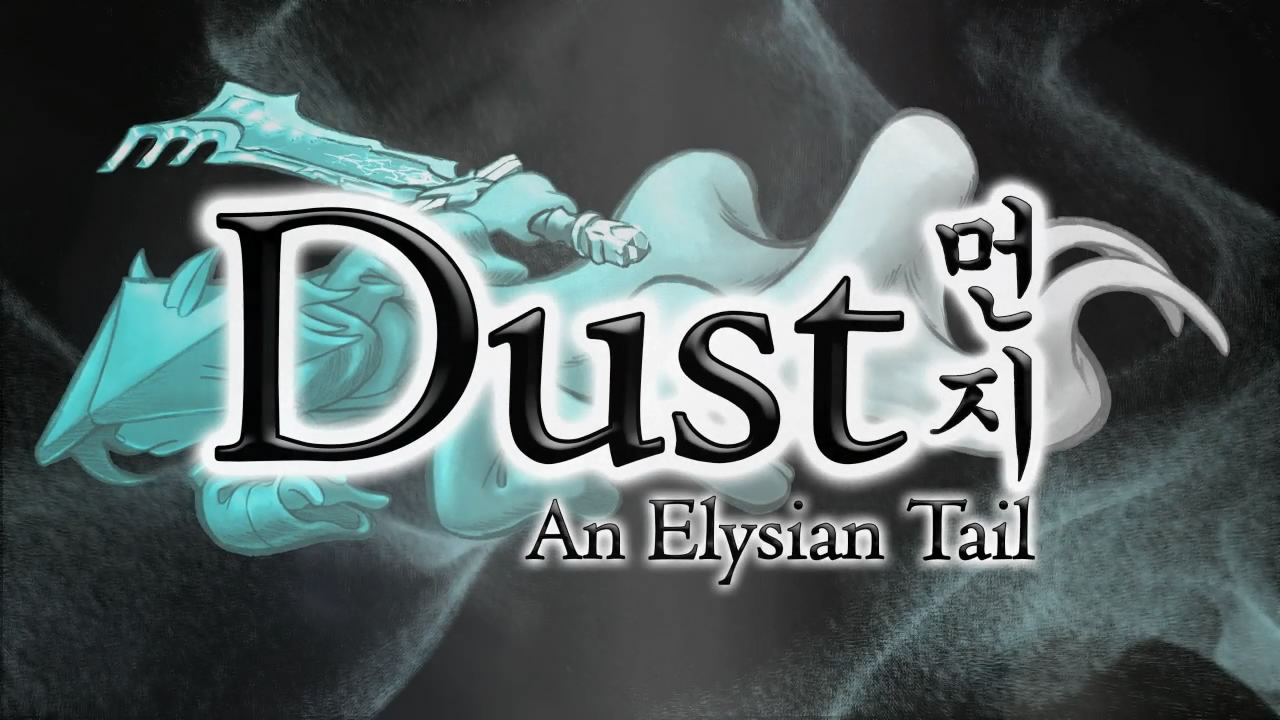 Alright furries, strap your large animal suits on. Dust: an Elysian Tail (Get it?) is out on Steam, and I’ve been spending the last week getting my hands on the sword wielding furball known as Dust. This game was brought to my attention thanks to the Steam summer sale that Valve holds annually to decimate my bank account. Even if I hadn’t gotten it on sale, Dust would have been worth the price point at it’s already low price on Steam.

The game follows the adventures of an amnesia stricken..uh blue animal. I’m honestly not entirely sure what animal he is supposed to be. When Dust waked up in a forest with no memory of his past, he is startled to find a floating and talking sword is claiming to have been called by him. In tow, the sword has an orange nimbat in tow names Fidget who acts as the swords guardian. The sword, named Arah, and Dust team up to determine why he has no memory and why he summoned the magic blade. Oh, and Fidget comes along because every game needs one obnoxious sidekick.

The first thing that strikes you when playing playing Dust is the incredible visuals. It’s done in a 2D style reminiscent of a Disney movie sprinkled with anime inspiration. The visuals of this game are just absolutely incredible, bar none. From the model animations to the backgrounds, this game is eye candy. Animations of the character models are beautifully smooth. Even when just walking around, it’s not only the legs that move: the hair flows, the fingers grip, the cape blows.

Those awesomely designed characters are then placed into an equally gorgeous world. The backgrounds and scenery seem almost hand painted, and are a treat to explore. The style helps accentuate the scenery in an amazing way. The open field with deer is bathed in columns of sunlight, the dark woods seem to suck in light as insects and eyes glow around you. I don’t know if there has been a 2D game that is quite as beautiful, as Dust is.

Now that I’ve had a chance to fawn over the visuals, let’s talk about gameplay. Dust is an action-rpg with some serious platforming elements as well. This works pretty well throughout the game, but everything feels somehow loose. Dust slides like he’s on a slightly icy platform whenever he lands anywhere. This can be annoying as many platforms are small, and I found myself re-jumping sections repeatedly because of it. It’s almost as if the game is working so hard to make things pretty, that is forgot to make them exceptionally responsive. There were many occasions when I would hit the jump button, only to watch myself walk off an edge instead of leaping over it. This could however be due to the art in the game. The environment is so beautiful rendered that everything looks like it belongs together, it can be hard to tell what you can jump on and what you can’t. Also, since everything is organic looking, there is no hard edge to the platforms to help you know when you’re on a platform or about to fall off of it.

Combat in Dust is a simple, but fun romp in the world of hack n’ slash. You essentially have an attack button, a power attack button, and a “Hey Fidget shoot stuff” button. The Fidget button and power attack button can be combined to create various effects depending on what element Fidget is using at the time. Thanks to the always stunning visuals, combat is very cool looking, especially when you’re utilizing Fidget. The combat isn’t exactly what I would call deep however. Even playing on increased difficulty, I could make it through most fights by just tapping attack and switching back and forth between facing right and facing left. The only exception is with creatures that you need to parry, in order to do any damage to. Once again the loose controls bugged me here, as I often thought I was parrying an attack only to be kicked in the face. While not very deep, the combat is at least a lot of fun as you’re slashing through hordes of little menacing monsters.

I did say the game was an action-RPG, so what RPG elements does the game have in it? As Dust increases in level he can increase his health, attack, defense, or Fidget. Increasing Fidget lets her abilities do more damage, it’s the equivalent of having a magic power stat. You can also equip Dust with armor and weapon enhancements to give him stat buffs. This doesn’t alter his appearance in any way, but does allow you to gain an edge on the monsters looking to eat your face. You can also craft new items using materials that you’ll pick up from monster slaying. In order to keep you from having to grind for materials, you can have the merchants keep a stock of any item that you’ve collected at least one of. This is a clever way to save us from having to kill twenty trolls, just so we can get the sword we’re looking for, and I appreciate it.

The story in Dust isn’t anything particularly impressive. It’s a pretty generic plot-line that someone could have pulled out of an anime. There are a few compelling characters in the story, but most of them are pretty flat. The voice acting isn’t exactly what I would call great. Dust seems like he’s breathing heavily through every single line, and Fidget’s voice makes me want to stab her in the face. Arah, the sword, has a pretty good voice, that soothing wizened style voice.

At the end of the day, Dust: An Elysian Tail is totally worth the price tag it has on Steam. Sure, it certainly has its flaws, but it’s still a great game. Its flaws are, at worst, annoyances, and can easily be over looked. The game is filled with side quests, great visuals, shallow but fun combat, and a bearable story line. Have I mentioned how gorgeous this game is? Dust: An Elysian Tail is a solid game overlaid with gorgeous visuals that is a bargain for the price.