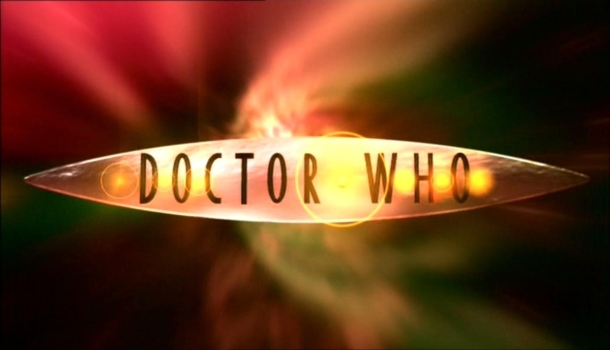 Before I get into anything, I’d like you all to know that this article’s got a handful of SPOILERS in it concerning the Doctor Who series. If you’re not familiar with events in the show or are not willing to have those events spoiled for you, I’d proceed reading with caution.

Doctor Who has perhaps one of the most dedicated fanbases out of anything I’ve ever seen. With the series’ 50th anniversary coming up in November, the fans have been crafting up some amazing things that go to show just how impressive ordinary fans can be.  Series 7 ended with Matt Smith’s Eleventh Doctor discovering the mystery behind Clara, whom he claimed the “Impossible Girl.” Additionally, we got a look at Trenzalore, the Doctor’s fabled final resting place in which “silence will fall when the question is asked.” That question WAS asked in the last episode, and it seems as though the 50th anniversary special will certainly have something to do with it.

The 50th anniversary special brings back David Tennant as the Tenth Doctor as well as companion Rose Tyler. It’s also no secret that Matt Smith will be leaving the show and the Doctor will be regenerating into his twelfth incarnation. Fans have gone absolutely crazy with all this knowledge and man, there’s some impressive stuff out there that’s come from it all. So, ladies and gentlemen, I’d like to give you a closer look at how dedicated and wonderful Doctor Who fans are by showing off (in my humble opinion) the top five greatest fan trailers produced for the upcoming 50th Anniversary Special that can be found on YouTube.

OOOOOH THAT CLOCK TICKING. I love that. This trailer kicks off with a scene from “The God Complex” in which the Doctor opens a door and mutters “Of course, who else?” After knowing all about John Hurt’s role as a sort of forgotten Doctor and the Doctor’s greatest kept secret, I think it’s safe to say that what the Doctor saw was just that. Of all scenes to include in a trailer, this was possibly the best choice. I love it! And we’re just getting started here, folks.

I feel as though this one is worth mentioning with the knowledge of Matt Smith set to leave the show after an absolutely magnificent run. The trailer is all about the Doctor going through his process of regeneration coupled with the trailer music from ‘Man of Steel.’ You just can’t go wrong there! Change is a very common trope throughout the show, so it’s nice to see that concept recognized here.

It’s the first one I ever remember checking out! I think my favorite bit about this trailer is the emphasis on the Doctor constantly running. That’s been a pretty popular bit in recent episodes concerning the First Question (which this trailer is lovingly named after) in which the Doctor is running away from answering it. The trailer clearly acknowledges several high points of the Doctor’s entire past, ranging throughout all his regenerations. Something I’ve always loved about this series is that it can recognize and show the importance of its past, but proceed to go “onwards” as Donna Noble says close to the 1:00 mark. There’s an extended 7 minute long trailer made by the person responsible for this one as well.

There’s something really charming about this trailer. One of the things I really like most about it is the eerie reminders concerning the Silence. With the knowledge we have about Trenzalore in the latest episode, I find it pretty interesting that the trailer emphasizes the First Question so much. Clearly there must be some sort of repercussion after the events on Trenzalore, right? I think that this trailer sums it up nicely. Series 6 was perhaps my favorite of New Who, so I find it great that the trailer takes a ton of inspiration from it.

This is, hands down, the greatest fan trailer ever produced. And, might I add, the person who made is “John Smith.” Brilliant. It’s so cool! The best part is that the trailer has been accompanied with a guide as to how the VFX were added that you can check out here. Yes, this trailer is almost entirely custom made. The Doctor(s) are taken from different scenes in different episodes and mashed together onto different backdrops. The TARDIS is on fire through custom editing too! During Comic Con, there were several exclusive trailers that were released that can’t be found anywhere on the internet. One was described as being incredibly close to this one. And in a Comic Con interview, showrunner Steven Moffat mentioned that he had seen a trailer that was almost essentially one of the ones that was prepared for Comic Con goers. Could this be the one? I wouldn’t doubt it.

So there you have it: my top five choices of the greatest fan made trailers for the upcoming 50th anniversary special. Even though most of us haven’t been able to see any official trailer, it’s super exciting to see what the fans come up with. And man, did they ever come up with impressive stuff!