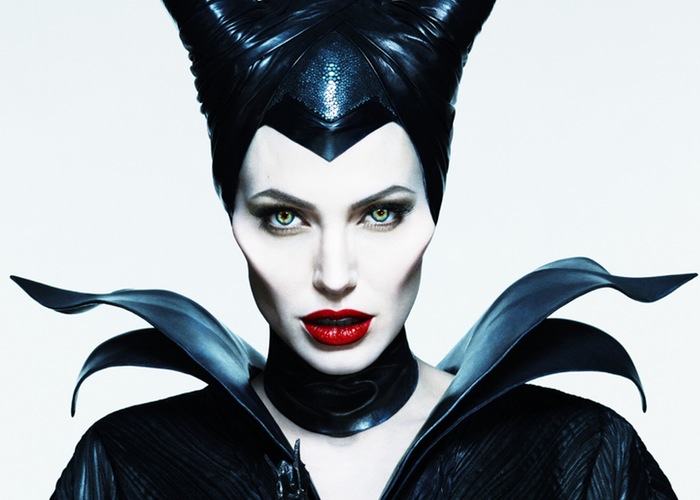 Retelling of Sleeping Beauty: A Dream Come True or a Nightmare?

Maleficent is Disney’s attempt to give a new side to the story of Sleeping Beauty, from the perspective of the “villain” Maleficent (played by Angelina Jolie) however even thought it’s a good concept, it doesn’t exactly live to up to it’s potential. It has plenty of beautiful special effects and realistic mythical creatures and fairies, but it has so many cons that outweigh the positives. Many of the minor characters and especially the villain of the story are one dimensional and unmotivated.

So from the beginning the story itself is very cheesy and this isn’t helped by the majority of the characters being either extremely annoying or jarringly nonsensical. The introduction of the story with Maleficent as a young child starts out rather well. She meet a young boy named Stephan, who is living in poverty now that his parents….mysteriously died (the same with Maleficent’s parents as well). Maleficent eventually is betrayed by Stephan, so he can become the King because according to the story all humans have an inborn desire of greed and desire.

The prologue itself is extremely loose, but it does give Maleficent a reason to be angry and a reason to curse Princess Aurora. The rest of the story, with some different perspectives, is very similar to the original story of Disney’s Sleeping Beauty with significantly less singing. I will say that there are some pretty cool fight scenes in the movie, filled with magic, living tree warriors and, of course, a dragon. Still these scenes are few and in between.

The Characters: The Good, The Bad and The Ugly

There are three characters who really stand out and  connect with the audience: Maleficent, Princess Aurora (played by Elle Fanning) and Diaval, Maleficent’s raven companion (played by Sam Riley). After Maleficent has been betrayed, Angelina Jolie has an aura of power and command perfect for that of Maleficent. She even has some hilarious lines when she interacts with Aurora as a toddler. Diaval is Maleficent’s raven companion and is an amalgamation of comedic relief and conscience for Maleficent. Of the three, Aurora is the least interesting, however Fanning is able to convey this aura of positivity and kindness which explains why everyone (or every thing) she meets likes her. Still for most of the movie Fanning is a positive and upbeat young woman, which can get a little repetitive. However we do get some rather intense moments between her and Maleficent, whose relationship grows over time in a very cute, but not cheesy way.

Now the rest of the cast is a bit of a problem. You have Stephan (played by Sharlto Copley), who is definitely the cold blooded villain of the story. However we never see his motives for betraying Maleficent, besides the fact that it is stated once that all humankind are instinctively greedy and evil. His character is basically a guy who gets paranoid once he realizes that betraying and pissing off a powerful fairy, in order to be King, was an extremely stupid idea. Of course, there are the good fairies, played by Imelda Staunton, Juno Temple and Lesley Manville. Oh my god these three are the most annoying characters in the entire movie. They are portrayed as these airheads who are given the task to raise Aurora. Except for the fact that even with all three of them working together, they don’t even know how to feed a child. Maleficent seriously has to help a young Aurora out and do the three “good faeries” job for them. This normally would be an interesting concept, on how Maleficent has to help raise Aurora from the shadows.

The problem is from the way those three act, you would think Maleficent would have to be around 24/7 to make sure Aurora lived to the age of ten! Prince Phillip is also in the movie, for a grand total of twenty minutes maybe, and for about five of those minutes he is unconscious. The rest of the fifteen you realize that he is an extremely bland and one-dimensional character, who is only really there so that the relationship between Maleficent and Aurora develops. As stated before with the exception of the three major characters, the rest of the characters fall flat on their faces.

This movie was trying really hard to provide both a kid friendly atmosphere and have some darker and deeper messages for the adults, sadly it doesn’t really accomplish either. The parts catered to children, mostly the scenes with the three good fairies, are extremely annoying if not grating. Staunton, Temple and Manville try their best with what their given, but sadly it just doesn’t work well. The movie also has more adult themes that are very dark and complex that children probably wouldn’t understand and it doesn’t quite mesh with the “happily ever after” story that it is also set on telling.

Overall, Maleficent has a variety of glorious, funny and intense moments but these aren’t enough to make up for boring and irritating minor characters, occasional bad special effects and  a villain who has as much motivation and reason to be evil as Maleficent did in the original Sleeping Beauty (that is little to none at all). It still is a rather decent movie to see this summer, but it isn’t going to blow you away and you have been warned, you will deal with an over the top storyline.