Make Holograms at Home with a Litiholo Hologram Kit 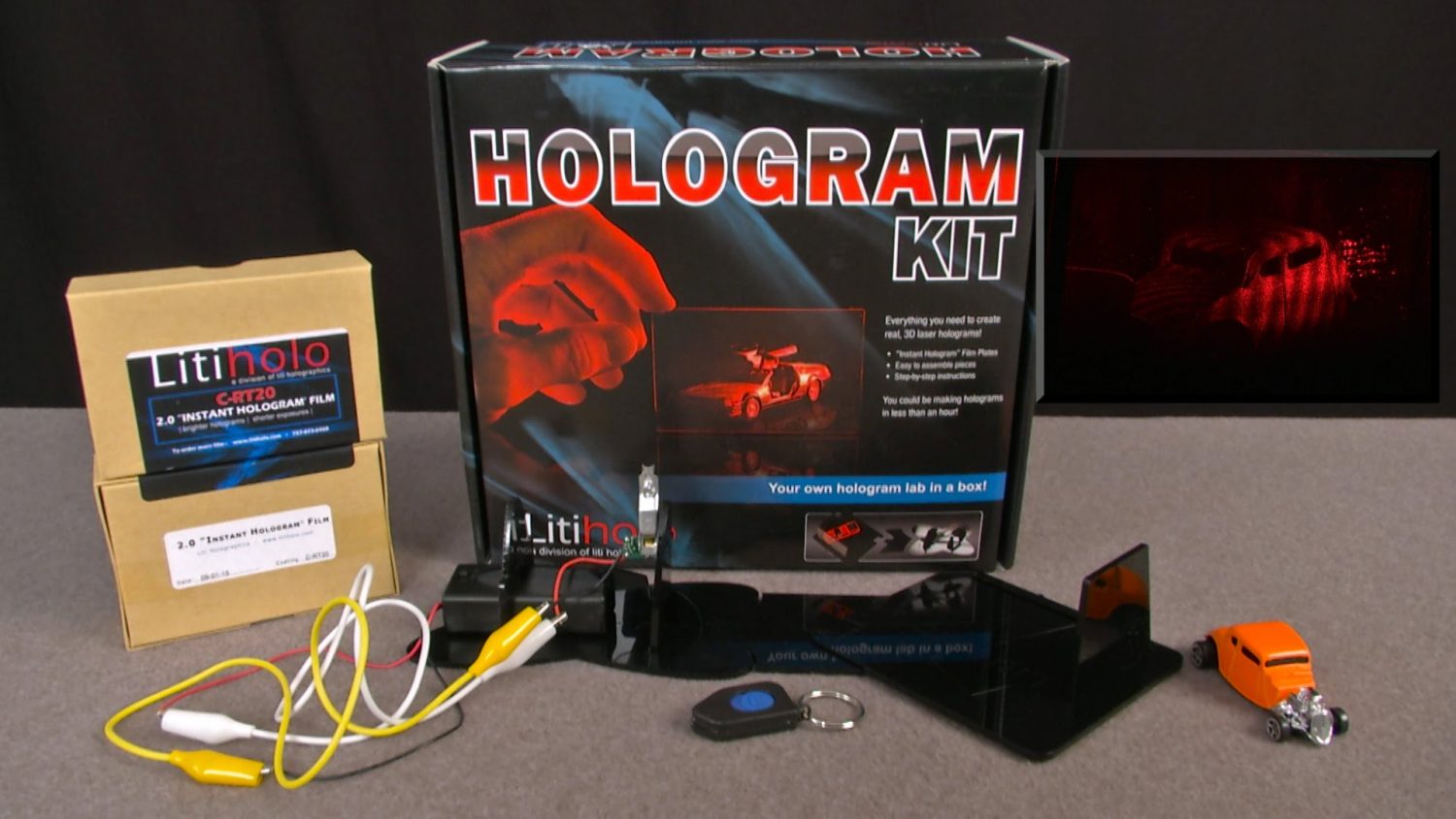 At one time, holograms were a new thing but now they have mostly become old news. Back in the 70’s and 80’s before special effects evolved to their current level of sophistication, holograms were used in films like Star Wars and Jaws. Their usefulness has waned, but they also were not really available to the general public. Liti Holographics has developed a kit capable of satisfying the artist and cool science freak in you.

Litiholo Hologram Kits are the creation of the company’s President and C.T.O, Paul Christie. Christie’s company has developed hologram kits via the use of industrial-size lasers and highly specialized vibration-free equipment. Creating a professional hologram requires still motion in the process and must be created in a totally dark room. Christie’s development of holograms have now seen the creation of “instant hologram” film which still employs lasers to produce three-dimensional images but does not require development, a dark room, or vibration free equipment. The kit he has developed uses the new film so that anyone over the age of twelve can make holograms at home. The kits include everything you need to make a hologram of your own, including the laser and supply of special hologram film and AA batteries that power the tiny red laser diode.

How Can I Make My Own?

Creating your own holograms with the kit is simple. You put all the pieces together and the object you want to create a holographic image of in place (for ex. A Toy car), aim the laser and then put the hologram film in place, five minutes later you will have created an image.

Did You Just See That?

Holograms are created when a laser light splits into two separate beams. One reflects off of the object and scatters onto the film, the other beams directly on the film. When both beams meet on the film, a pattern of microscopic lines results as the film captures the pattern which becomes the actual hologram. Viewing the finished hologram requires developing the film and placing it back in its original position and illuminating it with one sole beam projected from the laser. Then the recorded hologram pattern diffracts the light passing through which produces the 3D image as if the object was still there.

Does it Really Work?

Litiholo Hologram kits work just as advertised. Christie is continuing to develop and improve his kit creations. With each kit you can make up to 20 of your own holograms and refills of the film plates are available from the manufacturer. Each film plate’s exposure time is about 15 minutes. The kit functions well enough that you could create a hologram on your work desk although a quiet and dark space is most conducive for best results.

An Artist’s Tool with a Scientific Feel

You will not be able to produce moving images such as those in the Star Wars movie and Jaws with these kits but rather two by three-inch static images. The kits are used for making artwork rather than just being a toy to play with… although if you have kids, they’d probably like one and enjoy using it for science projects or in a school play. The kit can be purchased on Litiholo’s website for $99.

Sweeten Up Valentine’s Day With Some “Geek”

‘Riverdale’ is Not the Town You Know