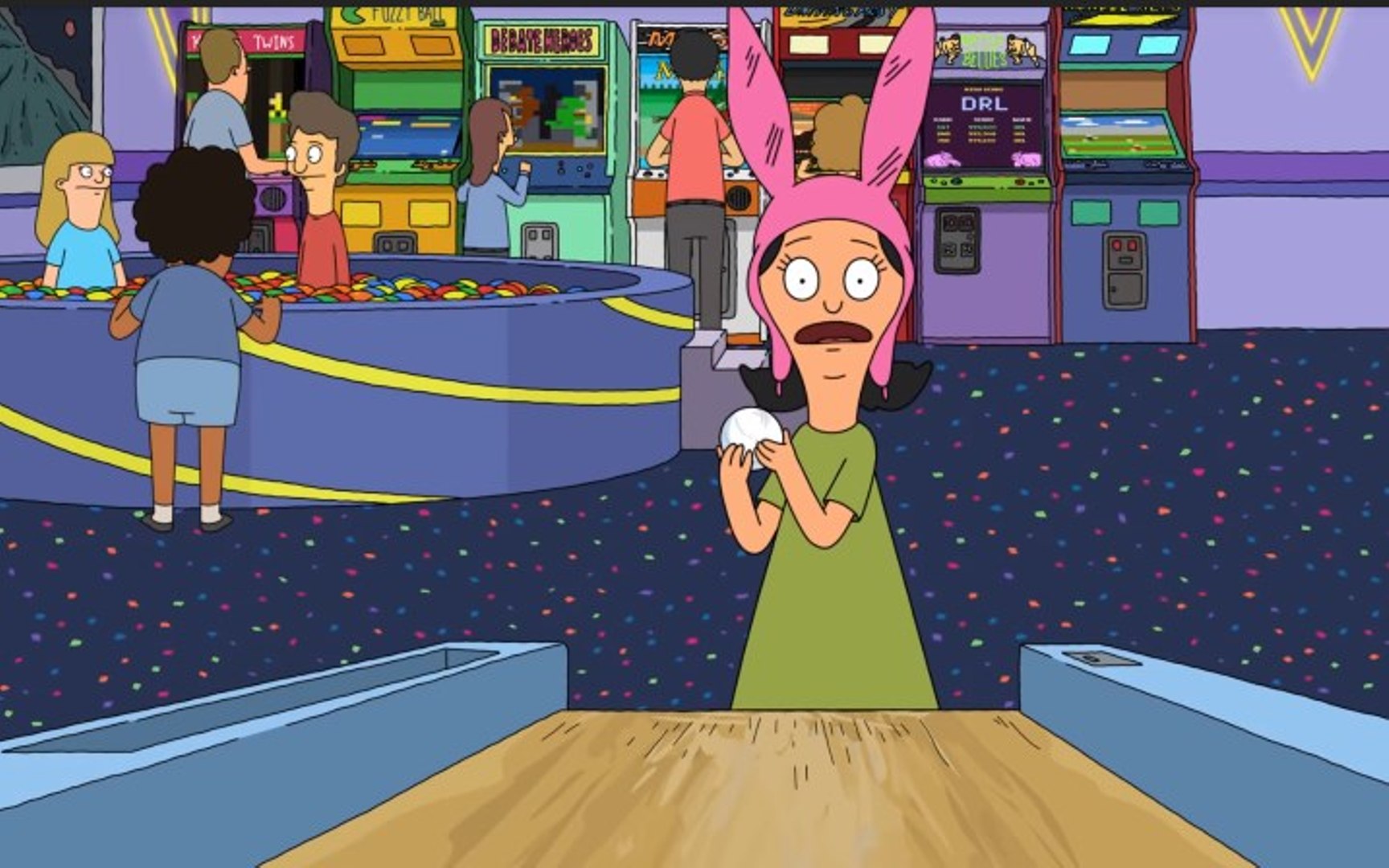 Some of the best Bob’s Burgers episodes feature Louise, and she’s usually concocting some elaborate scheme to get one over on some poor, unsuspecting adult who isn’t smart enough to see what’s coming. This week is no exception as the youngest (but by far the smartest) Belcher pulls a crew together to take down Family Funtime. It’s a fun parody on classic heist movies, with plenty of plot twists and a lot of laughs.

The ultimate victim of Louise’s plan is Mr. Fischoeder, the owner of Wonder Wharf (and Bob’s landlord). He initially offers to show Louise how to cheat the games at Family Funtime and earn the 10,000 tickets needed to win their dune buggy prize. After all, she’d be doing him a favor by hurting a Wonder Wharf competitor. So she recruits several of their classmates, and Mr. Fischoeder teaches them exactly how to win big. Everything’s going well until they get caught, which is when they discover that Mr. Fischoeder actually owns part of Family Funtime! He set the whole thing up to convince his partners that giving away a dune buggy is a bad idea. So it looks like all their hard work has been for nothing, and they’ve been used by a creepy rich guy just so he could save some money.

But Louise has been one step ahead the whole time. She inadvertently finds out about Mr. Fischoeder’s deception, so while the rest of the crew is getting caught working the original scheme (which has now become a decoy), she’s at Wonder Wharf using the very tactics Mr. Fischoeder had taught them to beat one of his impossible games and win his most unwinnable prize—the Wheelie Mammoth. Mr. Fischoeder may be filthy rich, but he’s just not very bright, and he’s no match for Louise.

Meanwhile, Bob and Linda are trying to find ways to save money (as usual), and so Teddy gives them a chicken so they won’t have to buy eggs. The only problem with that is that the chicken doesn’t actually lay eggs. They try scaring it, and singing to it, but nothing seems to work. For some reason, only the Wheelie Mammoth gets the chicken to actually lay an egg. Nobody really knows why. But I’d watch at least one episode of Mammoth and Chicken if Fox decided to make it.