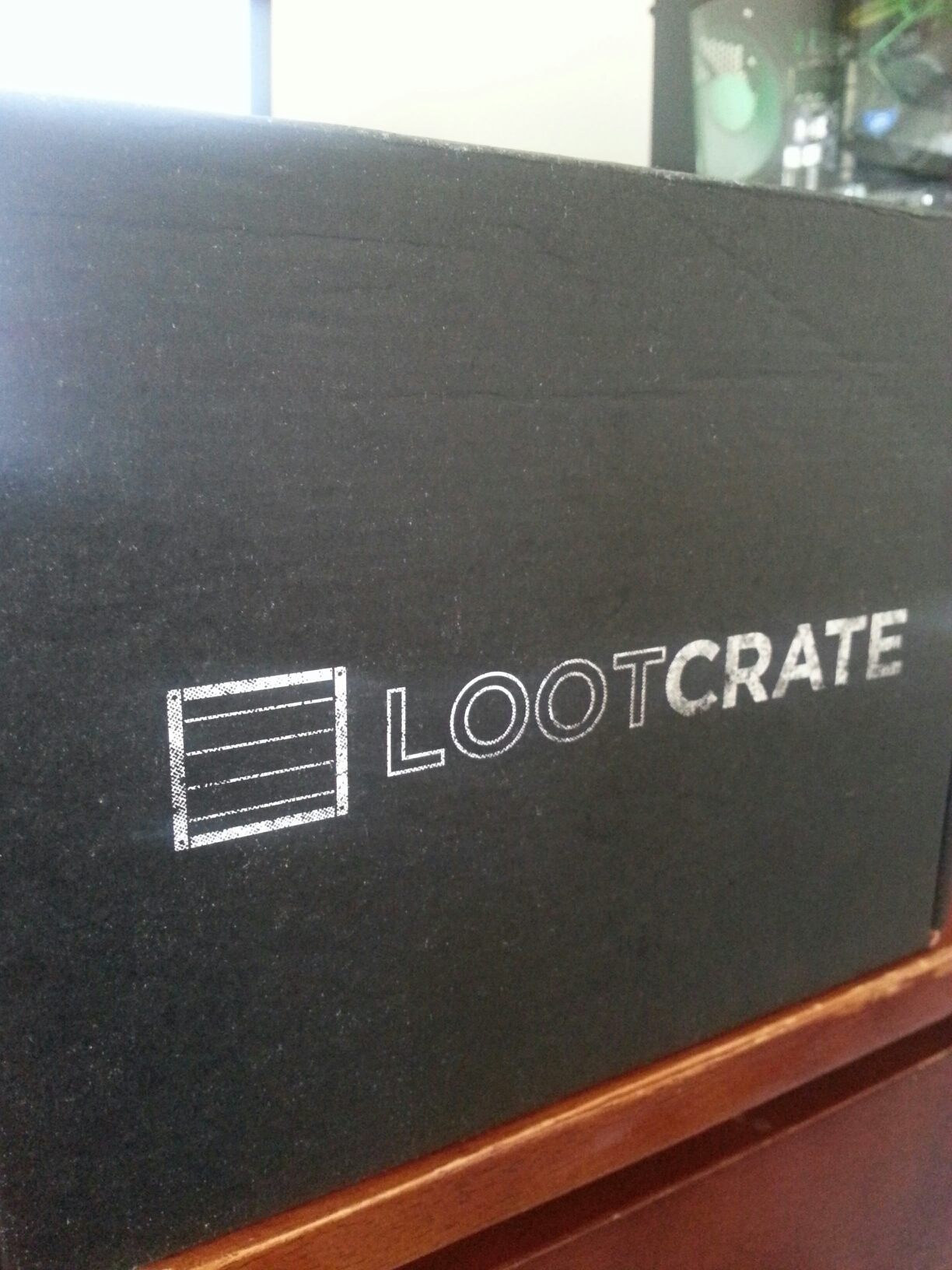 Every month, around the 18th, I start to get anxious. I know that, around that time, I will be receiving the shipping confirmation email for Geek Insider’s Loot Crate subscription box. Should I track it and know exactly when it is going to get here? Maybe, but that ruins the surprise. Should I immediately delete the email and continue to hope there will be a little black box on my desk every time I come back from a lunch break? Possibly, but the letdown I feel when it isn’t there is simply soul crushing. Thankfully, I somehow overlooked the email this month and had a pleasant surprise waiting for me this afternoon – without all of the anxiety! 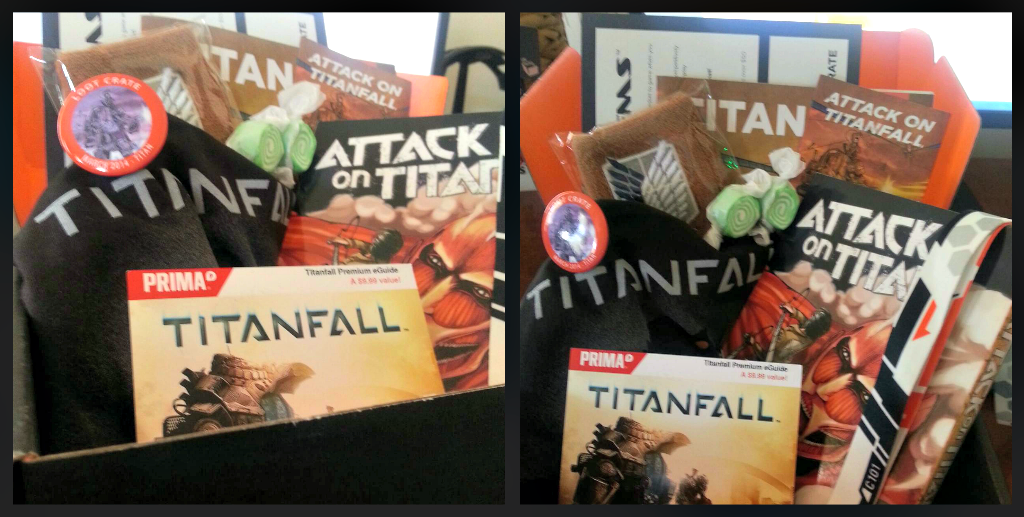 The folks over at Loot Crate have dubbed this month’s theme Titan, and aptly so! This crate encompasses everything Titan related, most specifically Titanfall (2014 FPS title by Respawn Entertainment and published by EA, for those of you living under a rock) and Attack on Titan (the hauntingly popular anime series). Two amazing favorites, what could be better? Without further ado, lets dig into this Titan crate and see what geek gear Loot Crate has put together for their loyal fans. 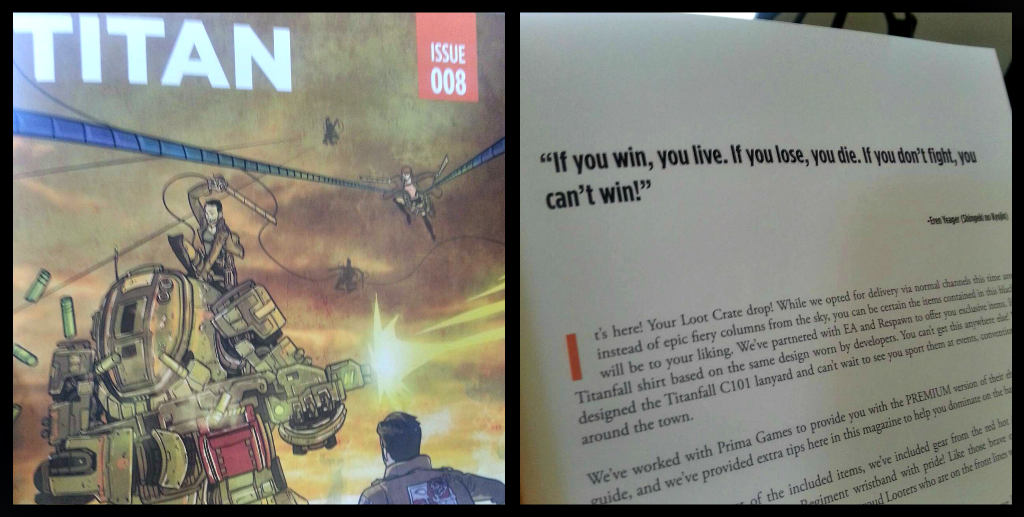 In keeping with past crates, we started this one off with a look at the included Loot Crate Mini-Mag. As always, it gives us a deeper look into the theme choice, as well as a comprehensive list of everything included in the crate. This month’s issue brings us a first look at the new Titanfall title and exactly what separates it from other popular FPS games, an awesome interview with Abbie Heppe, the Community Manager at Respawn Entertainment, and a beautifully written review of Attack on Titan (which you should all start watching RIGHT NOW, if you haven’t already). Also included in the Titan Mini-Mag is a drool-worthy photo of Loot Crate March 2014 Mega Crate (you LUCKY person, you!), as well as a challenging word search to keep you busy. 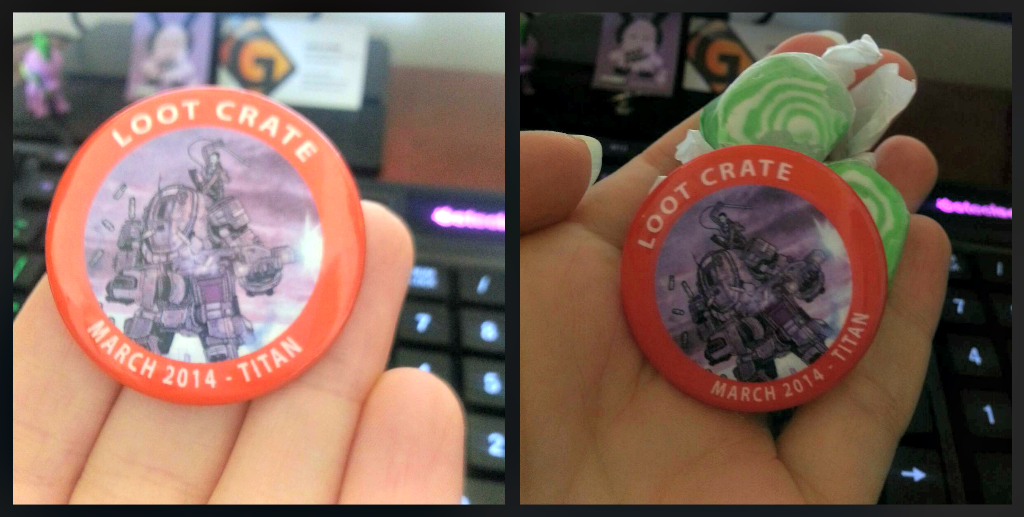 Also in keeping with past crates, we were pleased to see another collectible Loot Crate Badge, featuring beautifully created Titan artwork. That makes 3 badges to be proudly displayed by the Geek Insider Team! Also included in the tiny goodies portion of this crate are a couple of thoughtfully placed St. Patrick’s Day candies. Yum! 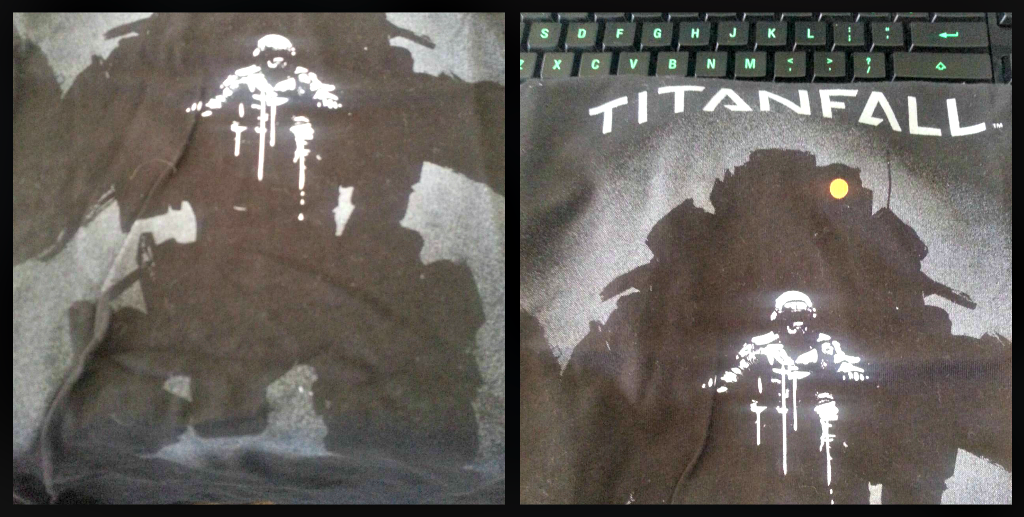 When Team Loot Crate says Exclusive, they mean it! This Titanfall shirt is available only to Loot Crate subscribers and cannot be found anywhere else! It is based on the original t-shirt that was available only to the Titanfall development team. This soft cotton piece features an awesome Titanfall logo, complete with a pilot placed inside a Titan. Awesome and totally rare –  a geek’s dream!

Attack on Titan Manga #1- I May Have Squealed 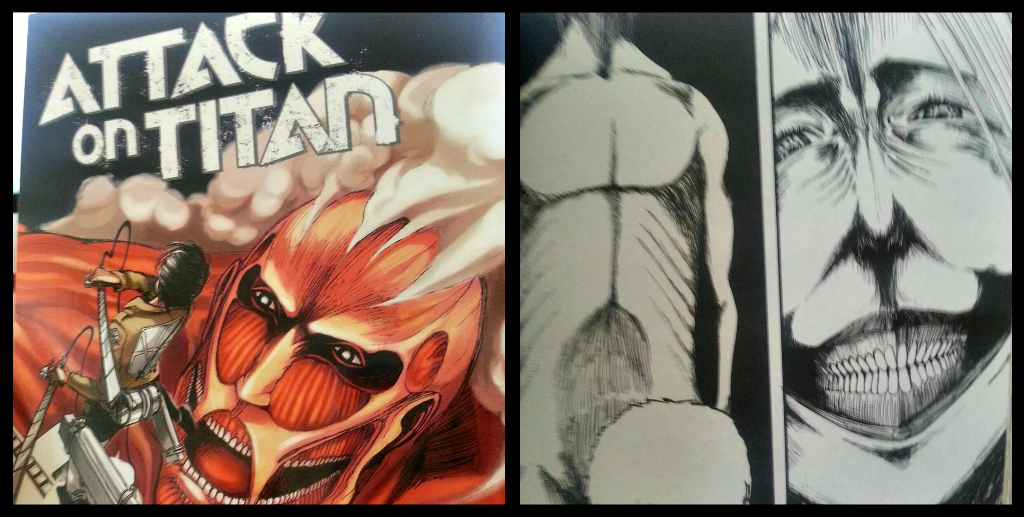 Yes! Yes. Yes. Yes. As a huge AoT fan, I may have squealed a little when I found this in the bottom of the crate. If you haven’t had a chance to check out Attack on Titan, or if you have only had a chance to watch the animated series, but have not yet picked up the manga, I can’t urge you enough to do it now! The artwork is impeccable and the story is much more complex (with bonus content!) than what you will find in the animated series. It is, of course, read from right to left – like all Japanese literature. 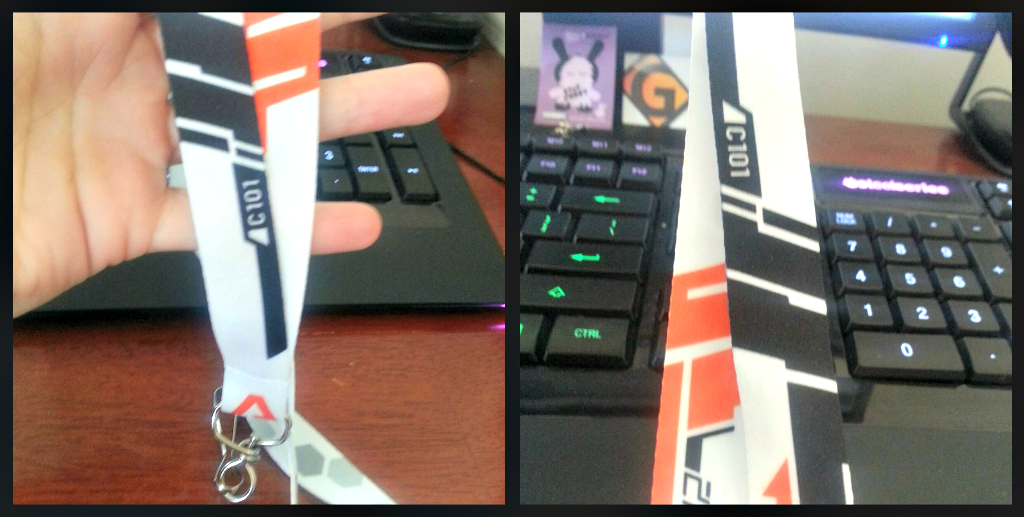 I don’t know about you guys, but when I see ANYTHING pop up in a new crate that was made by Loot Crate Labs, I get a little giddy. It means that something new, exciting, and never seen before is coming – and who doesn’t love that? This gorgeous Titanfall lanyard was designed by the folks at Loot Crate themselves, in conjunction with the Respawn Entertainment. The result is unique and one of a kind. Use it to anchor your badge at your next convention, or simply to keep  your keys in check. 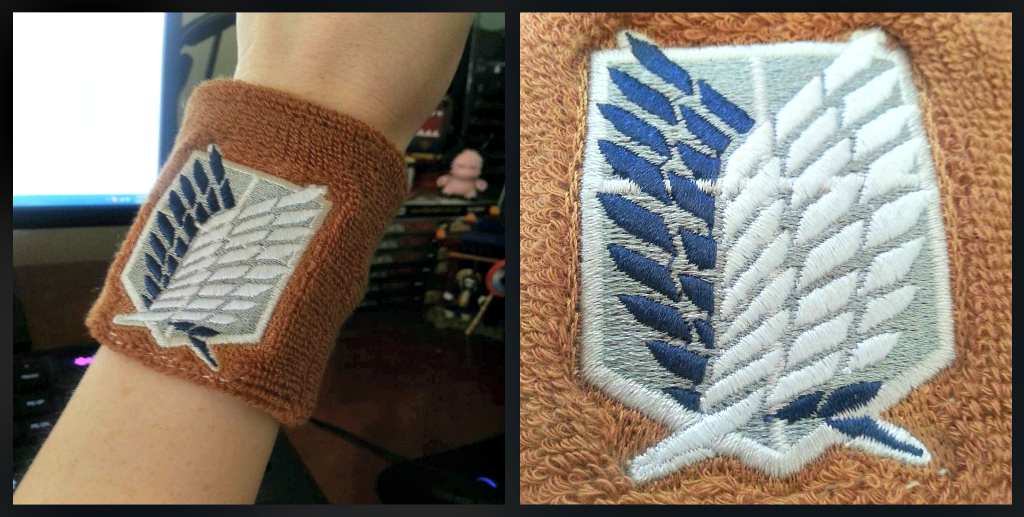 Thinking of venturing beyond the walls? It’s dangerous to go alone! While this wristband won’t keep you from becoming a Titan snack, at least you will be recognizable as a part of the scouting regiment! This comfy knit wristband features a beautifully embroidered Scouting Regiment emblem that is sure to start a conversation with fellow AoT fans you might run into in your travels. 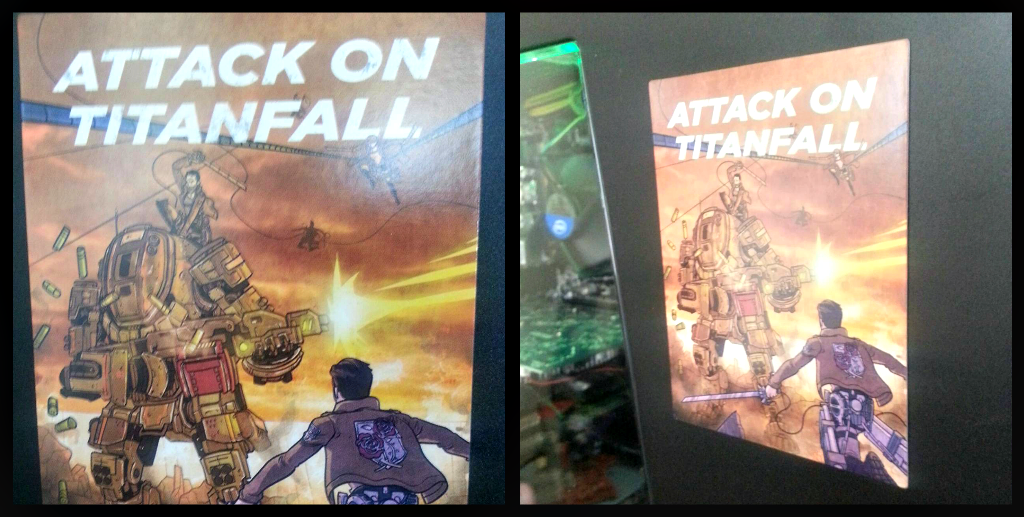 Loot Crate Fans have been clamoring for another magnet, and Loot Crate Labs has delivered! The gorgeous cover art by Zack, a member of the Loot Crate Team, that blends Attack on Titan and Titanfall, has been turned into a magnet that can be displayed just about anywhere! As you can see, it fits in perfectly on my computer case! 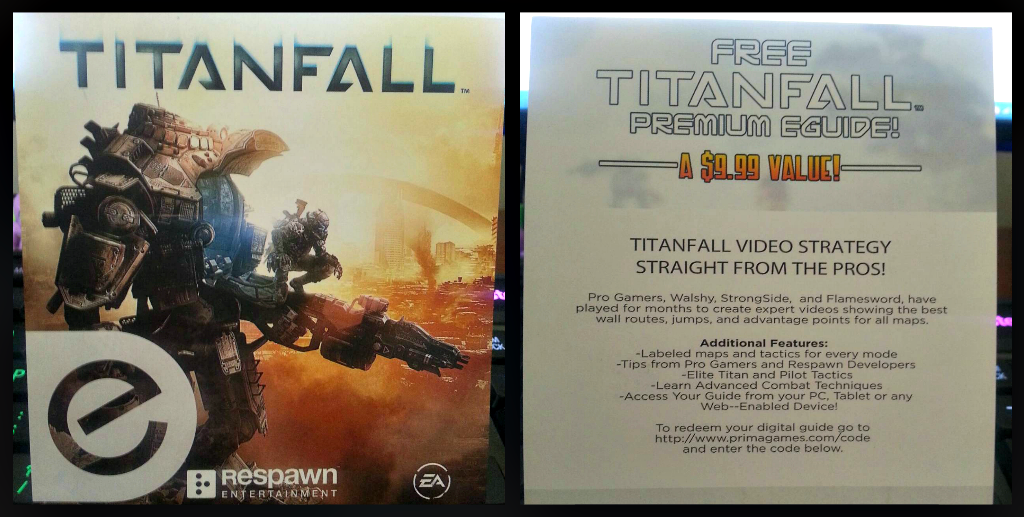 Loot Crate has collaborated with Prima Games in an effort to give all of their fans a major advantage in Titanfall. This guide has it all and will give you the boost you need to dominate the battlefield. Don’t forget, this is the premium version! The Loot Crate Gods are so generous…

A big THANK YOU to our friends at Loot Crate for sponsoring this unboxing. Don’t forget to check out the official Loot Crate website and sign up to get your own crate full of geeky gamer awesomeness delivered to your door each month!