Home Gaming Looking Back at ‘Five Nights at Freddy’s’
Gaming

Looking Back at ‘Five Nights at Freddy’s’ 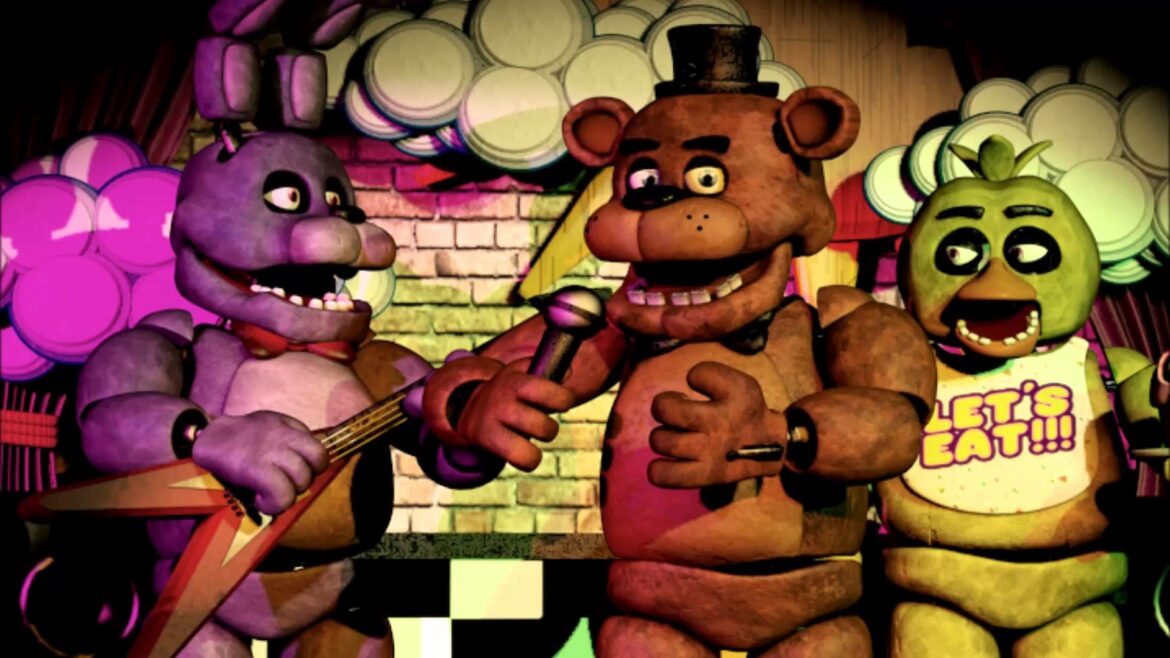 When I say ‘Chuck E. Cheese,” what kind of flashbacks do you have? Are they rambunctious and colourful, or do you have horrible, war-like memories of the infamous ball pit? Regardless of your stance on the building, it does have a presence, and to some debatably lucky few, it was a childhood staple. The escapism themed child playground is but one of many inspirations when it comes to a new cult favourite: Five Nights at Freddy’s.

FNAF: So Creepy, So Fun

This point and click survival horror was set on a mission to take a new spin on entertaining animatronics. Five Nights at Freddy’s was developed by Scott Cawthon and originally released July 24 2014. The first of this trilogy takes place in this cramped little office space at Freddy Fazbear’s Pizza, and the only other human contact comes via the abstractly cheery, woefully ominous messages left by the “Phone Guy.” The entirety of the game is reminiscent of Cawthon’s earlier Sit ‘N Survive game as the player is fixed to a point armed only with a camera monitor and the ability to pan left and right. The overall objective is that you, the poor soul of a security guard, must survive until six am. “Survive” being the operative word as, from the moment the shift starts at midnight, you’re being targeted, sufficiently messed with, and hunted by the business’ star animatronics.

The premise is the same throughout the all three games: sit and survive until six am. In the first game, you have to defend yourself against four murderous animatronics (and the occasional golden hallucination). In the second, the army bent on your destruction increases. There’s the toy version of the original four, the decrepit version of the original four, two new animatronics, and – of course – the bonus double take sprinkled here and there. Definitively, that makes eleven. Eleven main enemies are coming at you with magnified, lethal intent.

But why. Oh, why would these mechanised entertainers gun for you? What has each playable character done to deserve the unsavoury, heinous fervour? In actuality, nothing. This is merely a horrible case of wrong place and wrong time combined into a hellish cacophony. However, your innocence is merely inconsequential. The animatronics are holding onto a vehement grudge with a heated, mysterious history. While a lot is left to fan speculation, the backstory behind Five Night’s at Freddy’s is enough to make a parent clutch their pearls. There were two incidents that turned the name “Freddy Fazbear” into a curse. The first incident is the back bone of the game’s lore.

“The Missing Children Incident” is mentioned in the first and second games. During this, a man dressed up as one of the business mascots and led a group of children into a back room. It’s not explicitly stated what he did to the children, but apparently “the company’s animatronics had begun to leak blood and mucus around the facial areas, and had released a foul odor”. Gruesome, right? Well, this was just one of several incidents that kickstarted the Freddy Fazbear bad reputation. The second and equally as infamous is only known as “The Bite of ’87”. It’s unsure which of the mechanical companions is to blame for it, but something took a bite out of a patron, taking the frontal lobe as a souvenir. There’s a bit more of the outstanding lore that’s somewhat revealed in changes to the atmosphere or cheeky little minigames. Most of what the player finds out is delivered, as one can guess, via Phone Guy’s messages.

FNAF 3 takes the torch and tries its Frankenstein Monster paw at delivering the horror. It takes place well after Freddy Fazbear’s Pizza has closed its doors for good. The cursed establishment lives on in, perhaps its most appropriate incarnation, as “Fazbear’s Fright: The Horror Attraction”. FNAF 3 continues the theme of pinning the player against numerous obstacles: resources, the environment, and the feared mechanised beast roaming the halls. Yes, technically, there’s one main enemy in the third game. Too bad, unfortunate and faulty circumstances don’t prevent the previous baddies from rising from the scrap heap.

Now to speculate on what makes the FNAF series scary. Sure, its backstory is understandably upsetting and messed up, but what makes the gameplay stand out from a lot of the indie survival horrors out there? Well, the set up in and of itself is pretty amazing. The enemies are supposed lovable animatronics and reaches deep to distort one’s childhood. Two of the biggest fear factors are atmosphere and anticipation – both of which go hand in hand. In many survival horrors, you’re running from something with whatever makeshift weapon you have on hand. If the latter doesn’t exist, the former is definitely the biggest selling point. However, in Five Nights at Freddy’s, you’re forced to sit and wait for the enemies to come to you. The game’s atmosphere is perfectly dense with tension and must be fully experienced with headphones of some kind. Not just for the scares! There are plenty of jumpscares to pull you right out of your skin. As the nights go on, the anxiety compounds with the need to perfect your reflexes and keep your awareness high. Let down your guard, run out of power, forget the music box, or just get dizzy from impure air, and your mechanised goose is cooked.

It’s also plausible that the biggest fright is the minimum wag. In the first game, the player ends up with $120 for a week’s worth of frightened services. ($120.50 if you pull some overtime/complete night 6) Guh! It’s enough to give you chills, isn’t it?

The series has been around since summer 2014, but it already has a strong following, intense theories, and three FEAR awards. That’s pretty impressive. At first glance, the third game might not have much to offer in the way of answers and might even leave players wanting more. But this is a game that demands to be replayed to catch more of its mysterious nuances. Once you look closer, you’ll realise your underpaid nightmare fueled work is not yet over.

Want to get a few scares of your own? Get the game for Windows on Steam, Desura, and Amazon (that’s right). Mobile versions are available for Android and iOS devices. And, if you’re daring, you can visit the madman’s main home page.

Like A Leaf On The Wind, Get Ready For Con Man To Soar