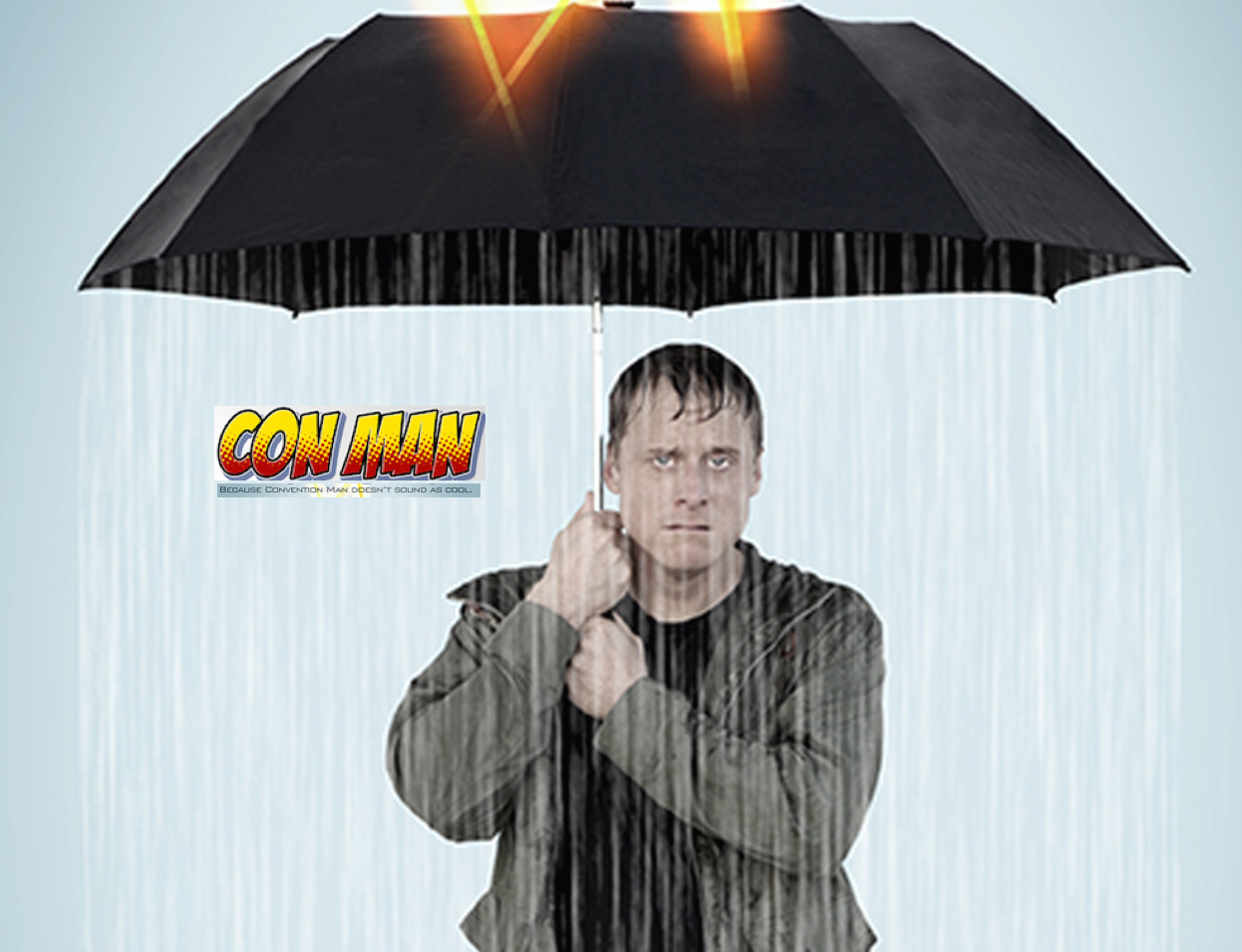 The nerd world was all abuzz as news broke last week that Firefly/Serenity alums Nathan Fillion and Alan Tudyk will be reprising their roles from the beloved series for a new TV show…well sort of.

Over the past decade or so, the world of Firefly and Serenity has become the very definition of cult legend. It’s cast and crew have all gone on to other things with varying degrees of success, but true fans have always waited, breathe firmly baited, for that universe to once again take flight…present company included.  You’re telling me there’s not enough interest for another movie? Seriously?

Alas, don’t rush out and get that Browncoat cleaned just yet and leave that cunning replica of Jayne’s hat at home  ‘cause that’s not what Fillion and Tudyk are up to. Sigh.

So, what exactly are they up to? The new show, Con Man, will be an original comedy set in the geek-centric world of sci-fi and comic book conventions and will air exclusively on Vimeo. Conceived and written by Tudyk, the show will revolve around his character Wray Nerely (pronounced Nearly…well done Alan), star of a cult sci-fi series that was unceremoniously cancelled by its network… a little too soon.  Now 10 years later, Nerely makes a living traveling the con circuit with his good friend and former co-star Jack Moore (Fillion), who has gone on to become a major movie star.  Moore was, after all, the Captain to Nerely’s Pilot on Spectrum (their cancelled show).

Clearly, Fillion and Tudyk are not interested in stretching themselves too far with their characters here, and that should be just fine you. Why mess with a good thing? This is a really fun idea and will be set in a world that should be very, very familiar to both the actors and their fans. I find myself wondering, though, why they bothered changing their names at all? And why even make a fictional series?  Their rather rabid fanbase would undoubtedly watch a documentary following these guys from con to con so we could see the reality of that life.  Or maybe that’s a little too much reality for them.  In any case, Con Man is the idea that is happening so I will gladly shut my pie-hole and consume whatever they product they offer up.

Due to some very understandable trust issues with network TV, the actors have chosen to take their concept directly to the people with an Indiegogo campaign that went live on March 10 with a modest goal of $425,000. That money has been earmarked for the production of 3 episodes of the show with the promise that more money will potentially bring more episodes (apparently Tudyk has about 12 scripts ready to go).   You can find the link to that Indiegogo page right here.

As far as crowdfunding projects go, this one is enough to inspire multiple geek-gasms… like the one I had watching their super bromantic campaign video, complete with cameos from some…friendly faces.

Check out the site as there are a slew of other hilarious videos that have been posted as each goal has been reached.  Tons of fun.

As far as swag goes, they have some fantastic rewards to go along with the escalating levels of donation which range from $5 to $25,000. Goodies range from Con Man t-shirts to signed set props. Yes, at least one truly devoted fan has pledged at that $25,000 level and will be spending the day at a theme park with Fillion and Tudyk in celebration of their belated birthdays. They are promising cake, too. Tudyk + Fillion + Rollercoasters + Cake. Jealous? Me too.

Oh, the production team has also connected with the folks at HangW/ to provide live, behind-the-scenes production updates through the HangW/ app, which you can download free of charge to whatever mobile-device you are using this week. So check it out as these events should be highly entertaining.

How’s the campaign going, you ask? As of this writing, they are the most successful Indiegogo campaign in history and have collected well north of $2,000,000. Yes, you counted the correct number of zeros there…and that’s in under two weeks. If you are anything like me, you would probably drop some major coin just to watch these guys read names out of the phone book, so if you haven’t contributed yet don’t be stingy. Remember, more money equals more episodes and higher quality.  And don’t worry, Tudyk and Fillion have reportedly invested a large chunk of production funds on their own, so it is truly a team effort.   With that sum already in hand, there should be no problem meeting their proposed start date of early June.  And they had better build that spaceship as promised.

Perhaps the most fascinating thing about the world Joss Whedon created for Firefly and Serenity was the remarkable chemistry between his entire cast, especially with Tudyk and Fillion, whose episode War Stories stands as one of the finer moments from the now legendary show. You could see in every Fierfly episode that this was a group of people devoted not just to the content, but also to each other. They were all having a blast, and they were more than happy to let us in on the jokes, drawing us further into the world and the characters the whole way. By the time the film Serenity was released, they truly looked like a family.

What’s been heartening to watch is how much Whedon and his cast has stuck with each other since the show and movie have passed.  They’ve all remained close and have found or created opportunities to work with each other again.  They’ve also spent countless hours together out on the convention circuit. 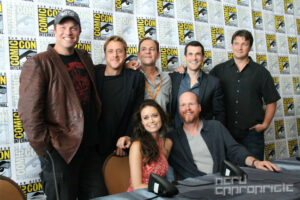 Whedon especially has gone out of his way to find roles for his actors, letting Fillion showcase his brawn and his pipes as the singing Superhero in Dr. Horrible’s Sing-Along-Blog long before he started solving crimes-of-the-week on ABC’s Castle, and Tudyk sneakily turned in a much darker role as Alpha on Whedon’s other failed Fox TV effort, Dollhouse…if you haven’t seen Dollhouse, it was a fascinating show that was just getting good when the buffoons over at Fox pulled the plug…too soon. You can see every episode of that show as well as most of Fillion’s Castle over at Netflix if you are interested.  And you should be.

While both actors have continued working steadily in TV and Movies, they have long been searching for the right vehicle to work together again. And now they’ve found it. It should be loads of fun to watch Tudyk and Fillion try to out-ham each other in this atmosphere, and I can only wager that there will be a steady influx of hilarious Firefly cameos throughout the show’s run.

Con Man has all the makings of seriously funny show. The Indiegogo campaign has only just begun, so take out that wallet and go be a big damn hero for those big damn heroes we’ve come to know and love.  It would seem no power in the verse can stop them.