Marvel Movies: Incredible Things You Didn’t Know About Them 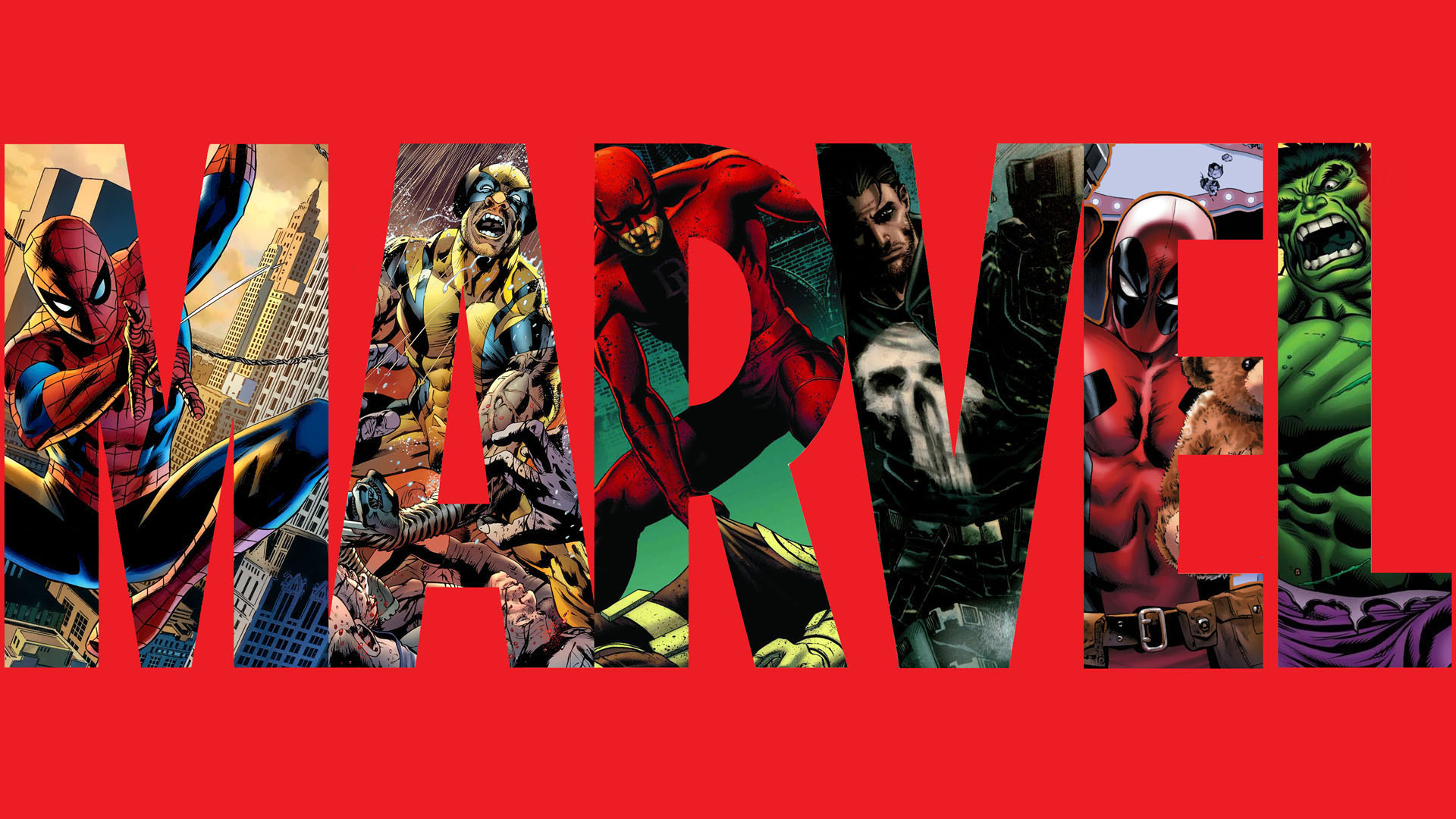 Everyone loves a good superhero flick, if you don’t then you are probably a villain of some sort and need to go back to your volcanic lair and play with your sharks or something.

For everyone else, here’s an article about all the fun little secrets you don’t know about your favourite superhero movies.

Anyone who is anyone knows that Stan Lee loves him some cameos. That lovable comic-book virtuoso appeared in The Amazing Spiderman as the quiet dude with giant headphones in the library. Apparently though, Stan Lee wanted a speaking line and pushed hard for it. Director Marc Webb said that “the first thing when we sat down, he was like, ‘so let’s talk about my cameo. He kept trying to add lines.”

What did the venerable Stan Lee want to say?

Big, green, raging machine! The poor Incredible Hulk went through a rather random personality spectrum. He was first supposed to be played by Edward Norton who turned it down, so he was played by Eric Bana. Louis Letterier had originally wanted Mark Ruffalo for the next Hulk movie but Marvel insisted on Norton and he accepted to finally play the role. In the end, Ruffalo replaced Norton in The Avengers.

The Incredible Hulk also had some other comic Easter eggs. The serum that is injected into Emil Blonsky, turning him into the Abomination, is the same serum of the type that was stolen by the Hydra agent in Captain America. “Vita-Ray” is even written on the container it comes from. Then when Bruce Banner emails Mr. Blue with his data, the email is tracked through the Strategic Homeland Intervention Enforcement Logistics Division aka the S.H.I.E.L.D database. 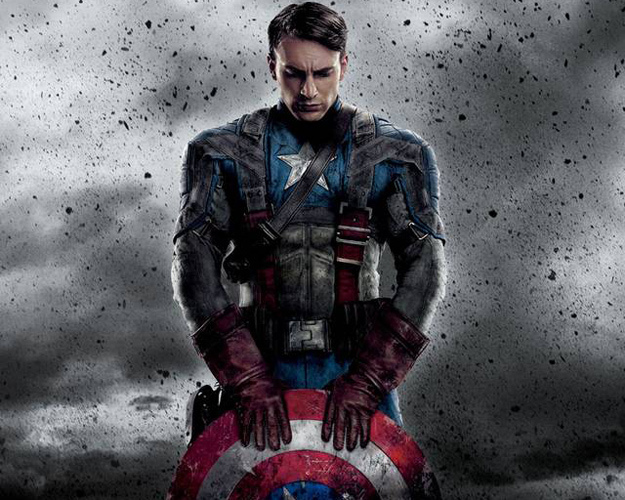 Let’s just get it out there, Chris Evans didn’t want to be Captain America. In fact, he wanted to not be Captain America so bad he turned down the role not once, not twice, but three times. After the third time, the film’s producers and directors asked him to attend a meeting where they most definitely didn’t threaten the life and safety of many small kittens to convince him to agree to the part. Why did Evans hate America? Well, uh – he didn’t hate America, guys, calm down. More so he valued his privacy and was afraid of what such a sudden increase of fame would do to his private life. I can imagine cleaning your yard of your fans’ underwear and love notes could become annoying. His ultimate decision to take the role was also influenced by none other than the great Robert Downey Jr., who convinced him that by taking this part, Evans would have the freedom to choose whatever role he wanted.

Speaking of Robert Downey Jr., let’s look at the secrets of Iron Man. Well, it almost wasn’t sexy, sexy Robert playing himself but with a robot suit. It was almost Tom Cruise. That’s right, Mr. Cruise was considered for the role but turned it down because he didn’t like the script. Another fun fact: Quentin Tarantino was interested in directing at one point. And the cherry on the top? None other than the beautiful, the bee-ful Nicolas Cage was interested in playing the part of Tony Stark as early as 1997. 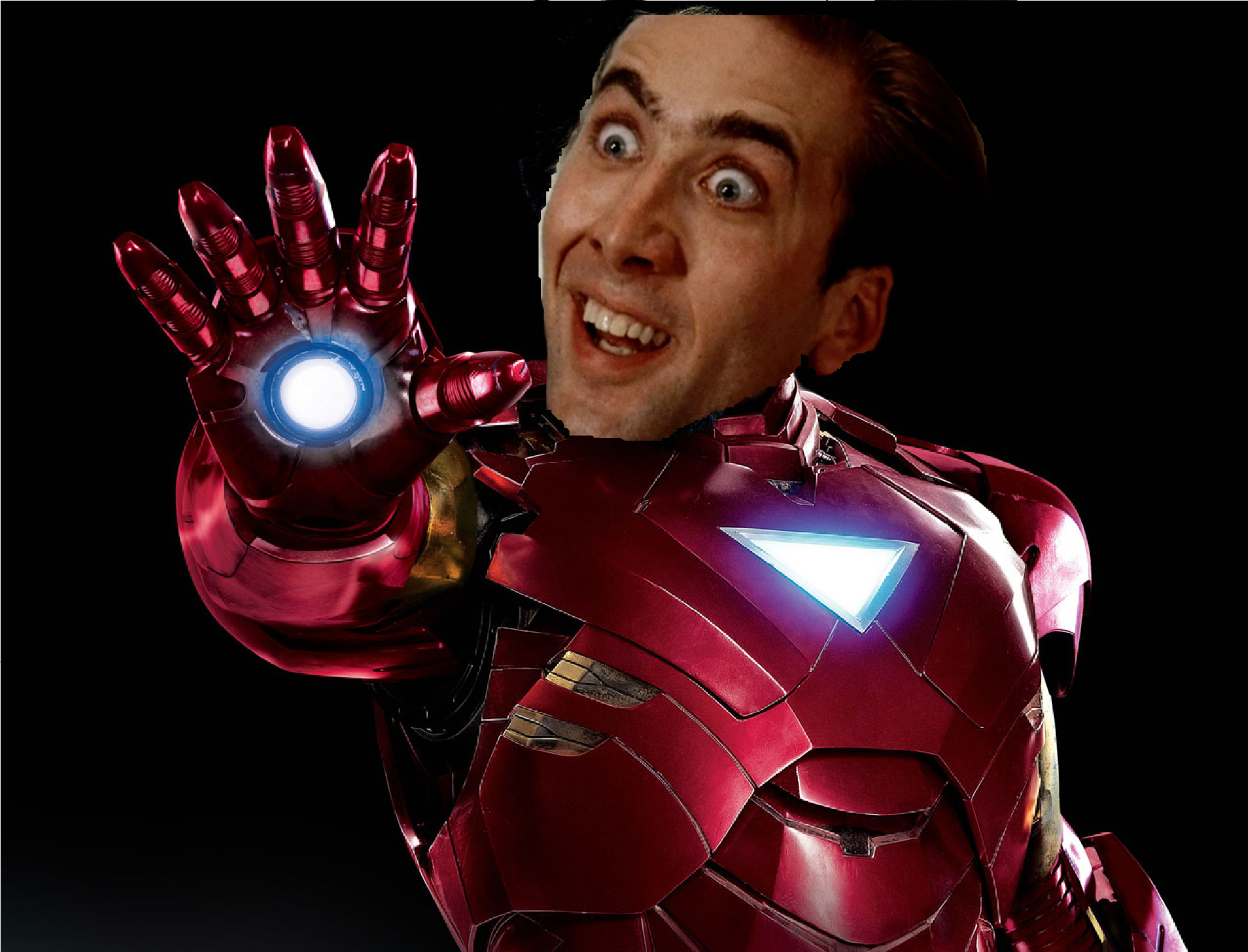 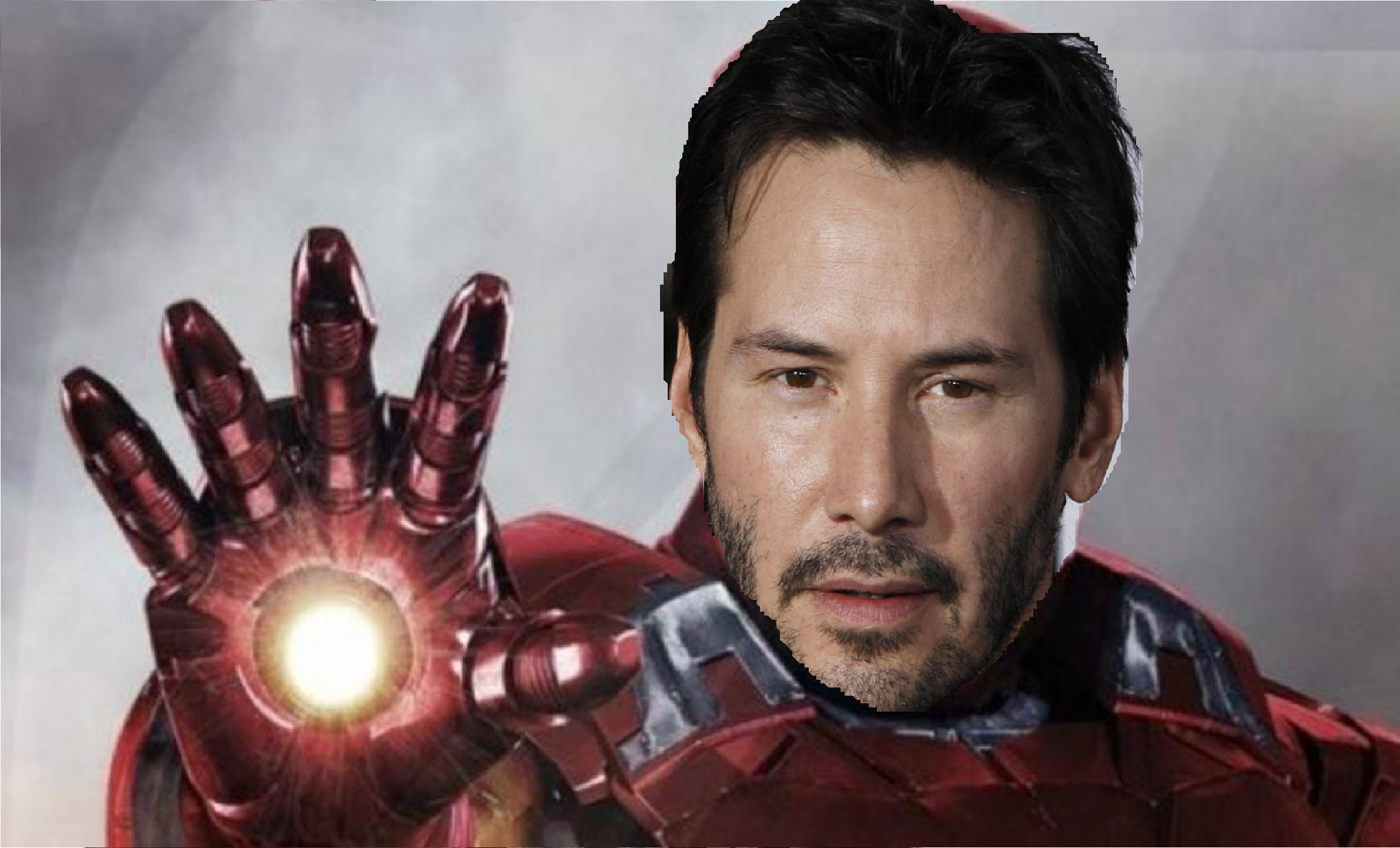 Also, fun rock fan: rock guitarist Tom Morello (for those of you who aren’t on top of the rock world, he’s a member of the band, Rage Against the Machine) assisted Ramin Djawadi in composing the film’s soundtrack. He even has a cameo in the first movie as a security guard who gets Iron Monger-murdered (please see the band name for irony). 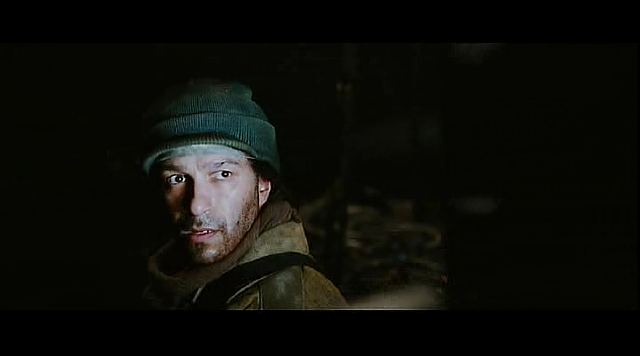 Let’s just say that there are a lot of little Easter eggs and secrets in these movies. For one thing, apparently Robert Downey Jr. kept food hidden all over the lab set and nobody could find where he was hiding everything so they just let him keep doing it. So, in the first movie, RDJ is offering his actual food and when he’s eating it (like the blueberries that he offers to Captain America) it wasn’t scripted at all. He was actually just hungry. 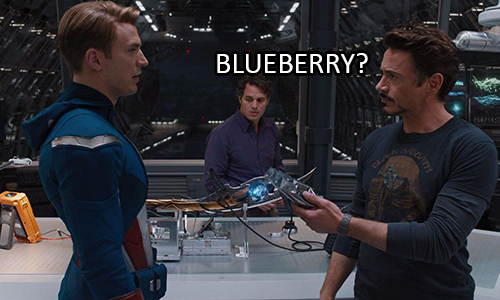 Fun Samuel L. Jackson Fact: Playing Nick Fury in The Avengers made him the second actor to play the same comic book character in five different movies. He’s second only after Hugh Jackman, who played Wolverine in all the X-Men movies. And, surprise-surprise, RDJ was actually responsible for that Easter egg at the end of the credits where all the Avengers are eating an after-battle snack at a local shawarma restaurant. Since then, shawarma sales in Los Angeles, St. Louis, and Boston have supposedly skyrocketed. 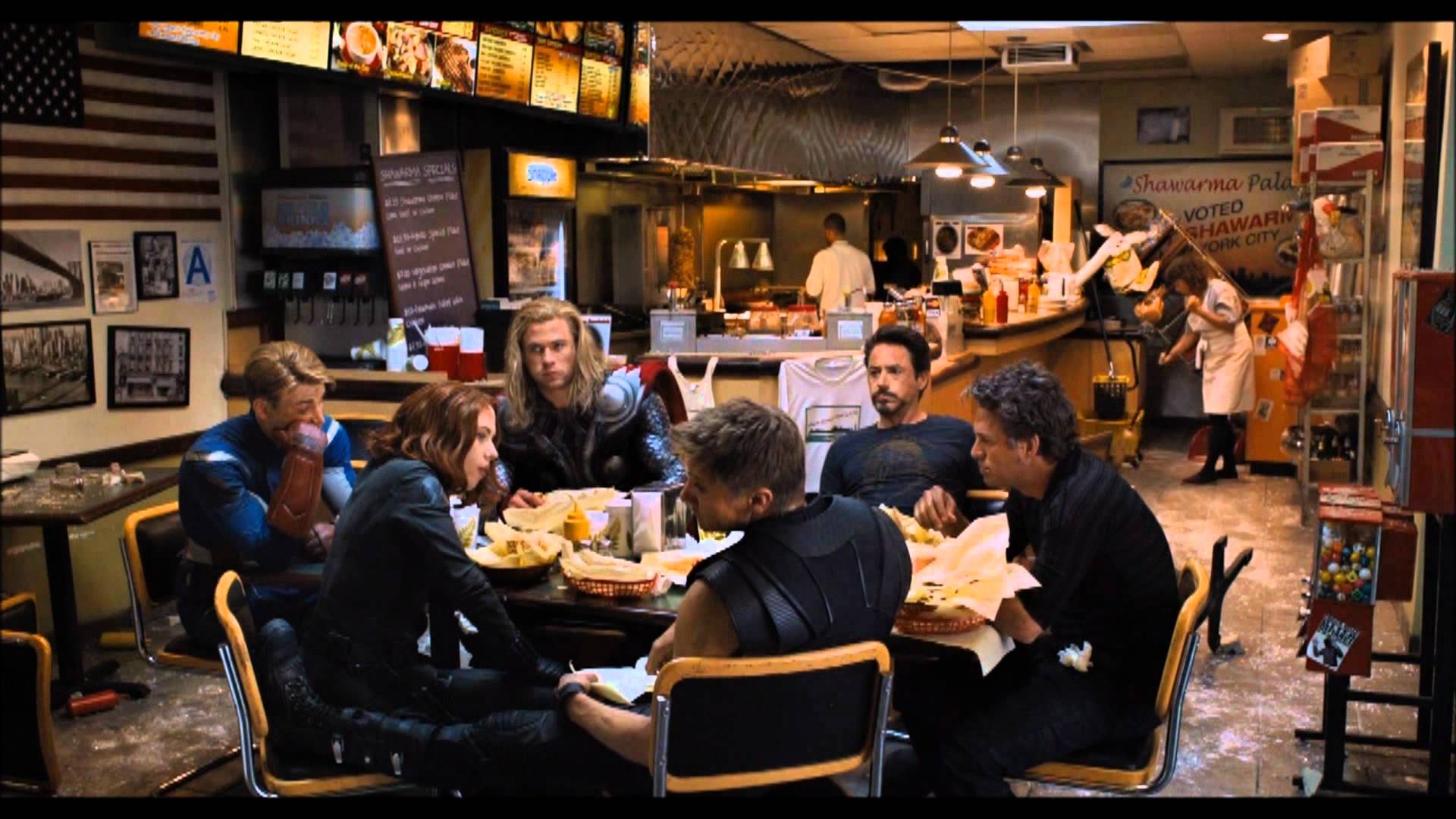 So, it can easily be said that RDJ’s influence on films stems solely from his unending hunger on set. 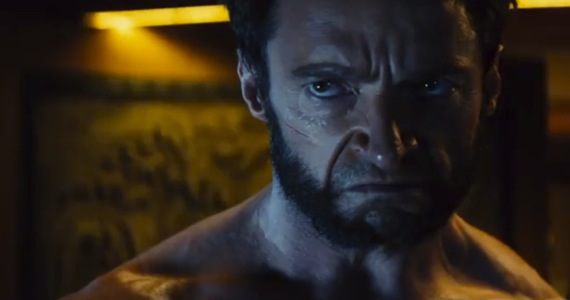 Apparently a severe lack of hot water. Hugh Jackman took ice cold showers every morning of filming so that he could better get into character. This practice started by accident when he took a shower in the morning before filming and there was absolutely no hot water. Being the big teddy bear that he was, Jackman didn’t want to wake his wife up by screaming in impotent cold water rage so he gritted his teeth and bore it out. This inspired him to take that attitude (the need to lash out and having to hold it in, not the teddy bear attitude) and put it into his character.

I’m sure everyone remembers all the weird eye colours and eye effects these rascally mutants always experienced? Well, most of those were computer effects but originally it required the actors to wear special contact lenses. However, those lenses were super uncomfortable and even a little dangerous to wear. Rebecca Romijn (Mystique) could only wear her lenses for an hour at a time and they reduced her vision to 10%. Then poor Sabretooth (Tyler Mane) wore his for too long and ended up blinded for a day. Halle Berry gave up wearing her opaque Storm lenses after one use since she found them so unbearable. 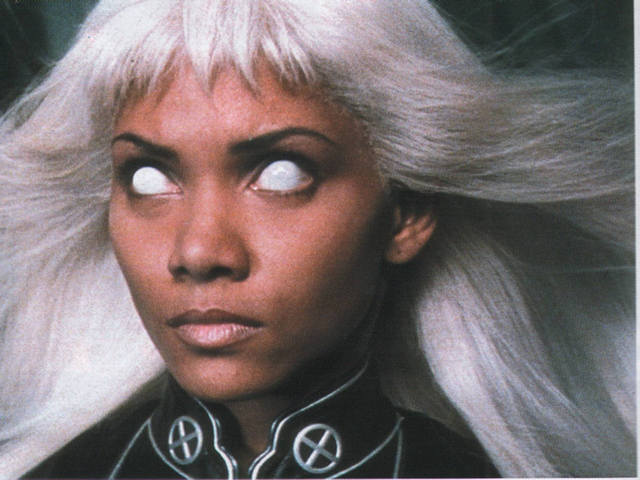 Like A Leaf On The Wind, Get Ready For Con Man To Soar