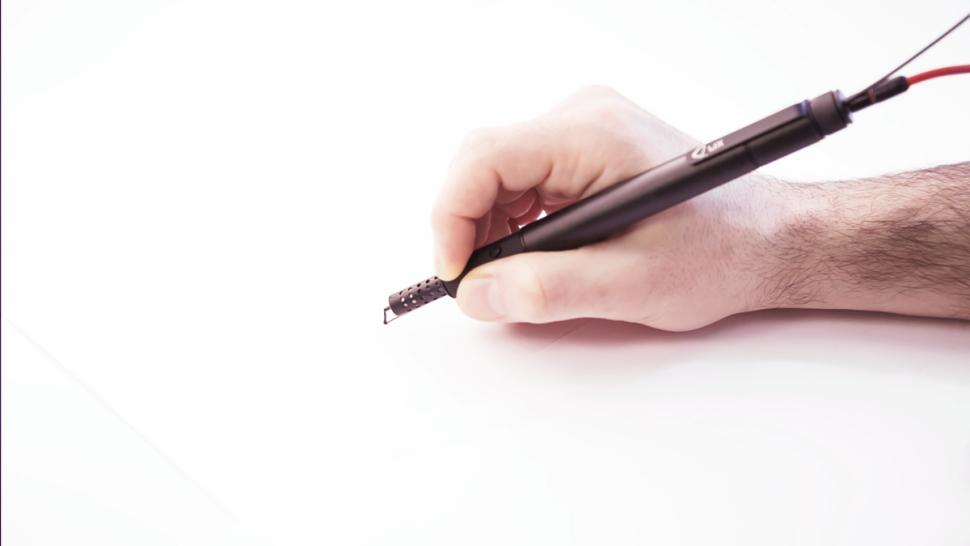 Imagine a pen that lets you draw in the air, an artistic tool that creates three dimensional models of the designs that are stirring in the left side of your brain—all without ever using paper, ink, charcoal, or other drawing supplies.
That is the vision fulfilled by the creators of the LIX 3D Pen. Brought to you by the magic of 3D printing, LIX is a revolutionary tool that is going to change the future of art and design. In their own words: “LIX is a professional tool that enables you to sketch in the air without using paper… With LIX 3D Pen you can create anything from small to big, from details to prototypes.”

What is it Used for?
LIX’s Kickstarter page is full of interesting creative projects they’ve tried with their product. With the LIX pen, you could draw sculptures, jewelry or accessories, vases and ornaments. LIX’s most professional use, however, is going to be in the field of architecture and 3D modelling. With a 3D printing pen, prototypes can be crafted without the use of expensive computer programs. They can simply be drawn.

How Can I Get One?
Unfortunately, right now you can’t. Lix, like most 3D projects, is still in the early stages of development, and the market has yet to figure out how to adapt to this technology. Currently, LIX is a Kickstarter campaign that has greatly surpassed its goal weeks before their deadline. According to the info timeline on LIX’s Kickstarter page, the first LIX pens will be shipped later this year. By donating to their product, LIX promises to inform you as soon as it becomes available. The Kickstarter campaign advertises that donations of $70 will be rewarded with a pen before release, as well as a bag of filaments. These pens should be relatively inexpensive, so that they can be used for private and not just commercial use.