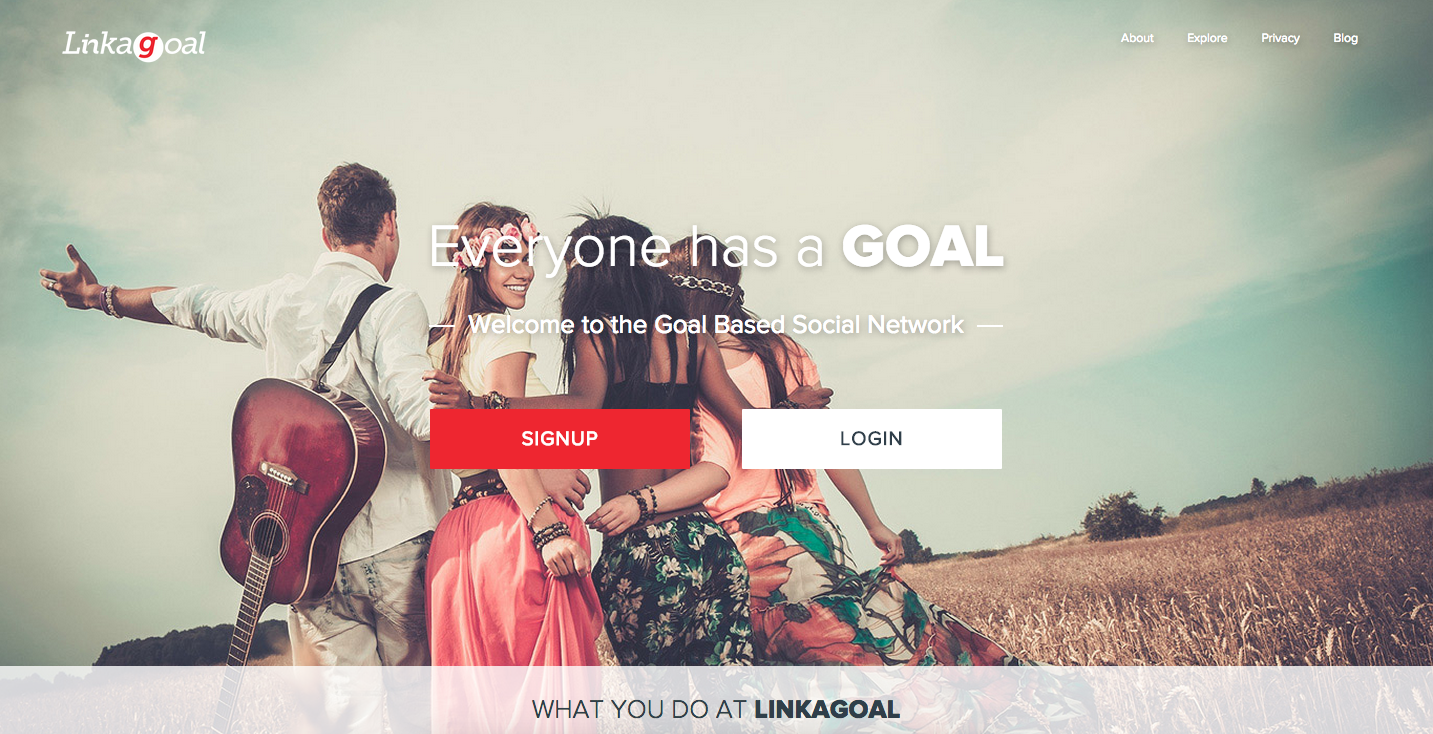 This new free app founded by CEO Mohsin Shafique is a goal-oriented social network that presently boasts well over 800,000 users since its launch. Linkagoal offers a clean, sleek interface that connects users with gurus, mentors, and other similar users who are striving to achieve personal or professional life goals.

The Platform and the Vision

Linkagoal has officially launched for iOS and Android software, and everyone’s excited about it. Linkagoal has been a fast growing and trending network since its establishment in 2014. The platform itself encourages users to document and share their goals with other users who connect with one another for encouragement and mentorship, especially if their goals and achievements are alike. Linkagoal’s vision states that “goals that are not written down are called wishes,” and they note that “if the goals are written down by a person, there are higher chances of achieving that goal.” Linkagoal is based on the belief that the lack of resources, guidance, encouragement, and so on are really what hinder people from being able to see goals to fruition, and they want to help people by tapping into that need. It is worth reiterating that the app is 100% free of charge, and is available for download right now at the iTunes App Store and on Google Play.

Boasting a sleek and welcoming interface, Linkagoal really makes accomplishing personal goals seem effortless and dreams attainable. When a user adds a goal to their network, they are prompted to give each entry a title and description. Users will then assign each goal entry a sort of categorical value, ranging from business to health, travels to games, and so forth. Users can then browse others’ goals based on the category it was placed under and connect with one another, offering their input and positivity by being able to ‘like’ and comment on posts and also by following accounts to both give and receive motivation. Linkagoal also has a ‘featured goals’ and ‘trending topics’ setting so that users may browse the network in terms of trends, and to further connect.

Additions and Improvements in the App’s Future?

CEO and founder Mohsin Shafique has been quoted saying that “this is just the beginning,” and plans to launch several new features this summer. These highly anticipated new features will reportedly include mentorship services and goal campaign management. Shafique was completely on the mark when saying that Linkagoal represents the next generation of social networking, and that by “combining mobility and crowdsourcing, [Linkagoal] is creating a curated, goal-oriented community.” Linkagoal really does seem to help individuals make meaningful connections, and is oriented in the direction of progress, self-improvement, and community building.