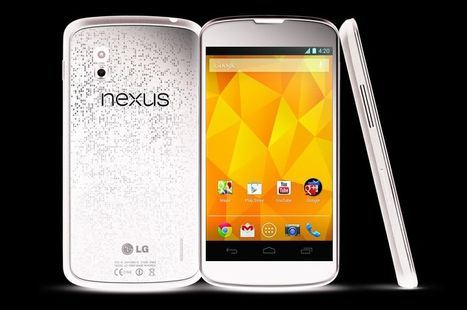 After weeks of rumors and leaks and what not, LG has finally officially announced the white Nexus 4. At the same time, the company also dismissed any plans of making a Nexus 5.

The White Nexus 4 was first leaked back in November last year, with multiple sources like Carphone Warehouse and UK carrier TalkTalk putting up pre-orders before taking them down. Over time, rumors grew stronger, with the white variant expected to be launched with the latest version of Android at Google’s I/O – 4.3 Jellybean.

Consumers and geeks were in for a disappointment however, as we got neither the phone, nor the Android update. Then last month, AndroidPolice leaked press images of the white Nexus 4, further confirming that a release was imminent.

Now, it’s official. The White Nexus 4 hits Hong Kong on May 29th, and will be releasing to “select markets in Asia, North America, Europe and the Middle East” in the coming weeks. The specifications remain exactly the same as the original black version of the phone – a Snapdragon S4 Pro processor, 2GB of RAM, an 8 megapixel camera, with a 4.7 inch 720p display.

An LG executive, in an interview to Dutch website All About Phones, went on record to say that the company has no plans of manufacturing the Nexus 5.

There are currently no plans for a Nexus 5 made by us. We don’t need that kind of marketing exposure anymore. The Nexus 4 was a great succes, even with the supply issues and we have a great relationship with Google. But we won’t make the Nexus 5. – Kim Wong, Vice President, LG Europe.

Although not specifically mentioned in the press release, like the black handset, the white Nexus 4 is expected to be available in 8GB and 16GB variants only. There will be no new version of Android of course – the device will be shipping with 4.2 Jellybean only.

With nothing except the color difference between the two variants – the white version too, is expected to be priced starting at $299 for the 8GB version.