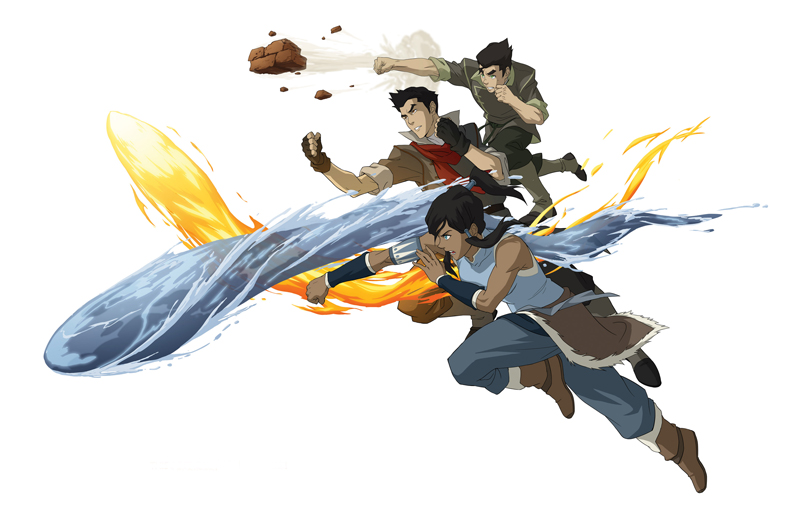 Bending the Elements on your console!

With the third season of The Legend of Korra kicking off, more news about the Avatar universe has been circling the web. Platinum Games and Activsion have confirmed that they are working together to create a third person combat video game version of the Legend of Korra. The gameplay is very similar to previous Platnium Games products like Bayonetta and Metal Gear Rising: Revengeance, but also has it’s own individual traits. This game is said to be released for PS3, PC XBOX One, Xbox 360 and PS4 this fall. Bits and pieces of information on the game have been released, not giving much but setting up the possibility of an excellent video game in the making.

The plot of the game is going to take place between season 2 and season 3 of the series and is being written by Tim Hendrick, one of the lead writer of the TV series. Most of the voice actors from the series will be voicing their characters in the game as well as a grantee that fans of the show are in for a treat when they pick up this game, aka promise of LOTS of fan service. This game will also feature an original antagonist that has been designed in collaboration with the writers and creators of the series. Platinum Games also stated that the final boss has been a huge undertaking and a lot of fun to create, which hopefully means an epic boss battle is afoot!

A Colorful Look and Epic Gameplay

The most discussed topic when concerning this game was the visual look/style and the gameplay.  The setting, scenery and enemies are all designed after the drawing style in the show and the characters have been constructed using a specific cell-shading technique. The backgrounds are brightly colored, however sometimes been described as looking rather lifeless, dull and plain.  However the fighting animation and animated cut scenes have been described as very impressive and quite beautiful. In the game, the player takes control of Korra, however in the begging she starts without any bending powers at all! Each of the four element has to be re-acquired throughout the game and each particular element has its own specialty, i.e. water bending is focused on long range attacks while earth bending consists of slow, yet powerful close range attacks.  This makes the very beginning of the game rather difficult, as Korra is without her elemental attacks. However once she acquires them, the players can shift between the four elements quite easily, allowing for some creative and epic looking combos. Also each of the four elements levels up individually, allowing various combos and attack to be unlocked by repeated use of that element. This is an interesting leveling system, encourages a diverse style of fighting and has a lot of potential. The fighting mechanic also features a counter system, similar to Metal Gear Revengance where if the player blocks at the right moment, Korra can perform a powerful attack. However the game isn’t all fighting, there are platforming sections, a Naga (Korra’s giant polar-bear dog)-riding mini-game and a variety of secrets and unlockables to be searched for. Sadly this game isn’t multiplayer, despite having a three on three arena fighting game available.

There is a definite balance of potential, parts of the game seem really good, while others not as much. However with a large amount of collaboration with the creators of the Legend of Korra, I have hope that this game could be something that can appeal to fans of the series and gamers in general.