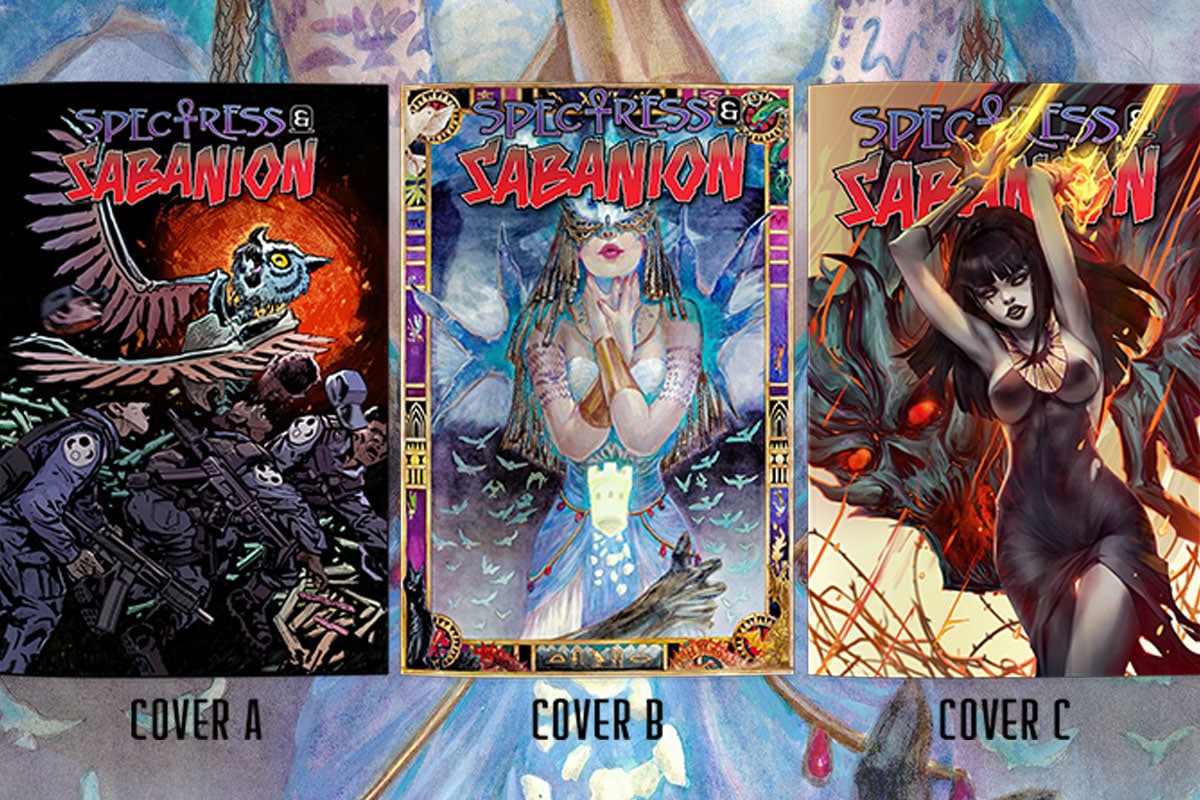 An ancient Egyptian ghost and a burning demon, bound by fate, push their way back into the modern world of the living.

In the 3rd issue of Kurt Zauer’s series, Spectress & Sabanion, the escape from Containment Facility-4 is complete and buried secrets are loosed upon the world. Aneksi, the unrelenting ghost of Cleopatra’s top assassin, frees the demon Sabanion from this prison for supernatural threats.  Her desire to rejoin the living world has dire circumstances.  What else has been released from the sub-vaults of CONFAC-4?  What other supernatural terrors await?

Check out the interview with Kurt

More about the book:

The perimeter fence of CONFAC-4 has been breached! The ghost Aneksi and the demon Sabanion make their escape. Spectress & Sabanion is a supernatural horror story about Aneksi, the ghost of Cleopatra’s top assassin. Aneksi has lived as a ghost for centuries and has learned to rejoin the world of the living.

Kurt Zauer is a comic book fan, writer, and IT guy that lives and works just outside Chicago. He received his BA in English Literature from U of WI: Madison but is still a student of murk, mayhem, and the macabre.  Role-playing gamer since his D&D Basic book was snatched by his 5th grade teacher. Lackey to Fritz and Zoe, a pair of dachshunds.  History buff and Army National Guard veteran.