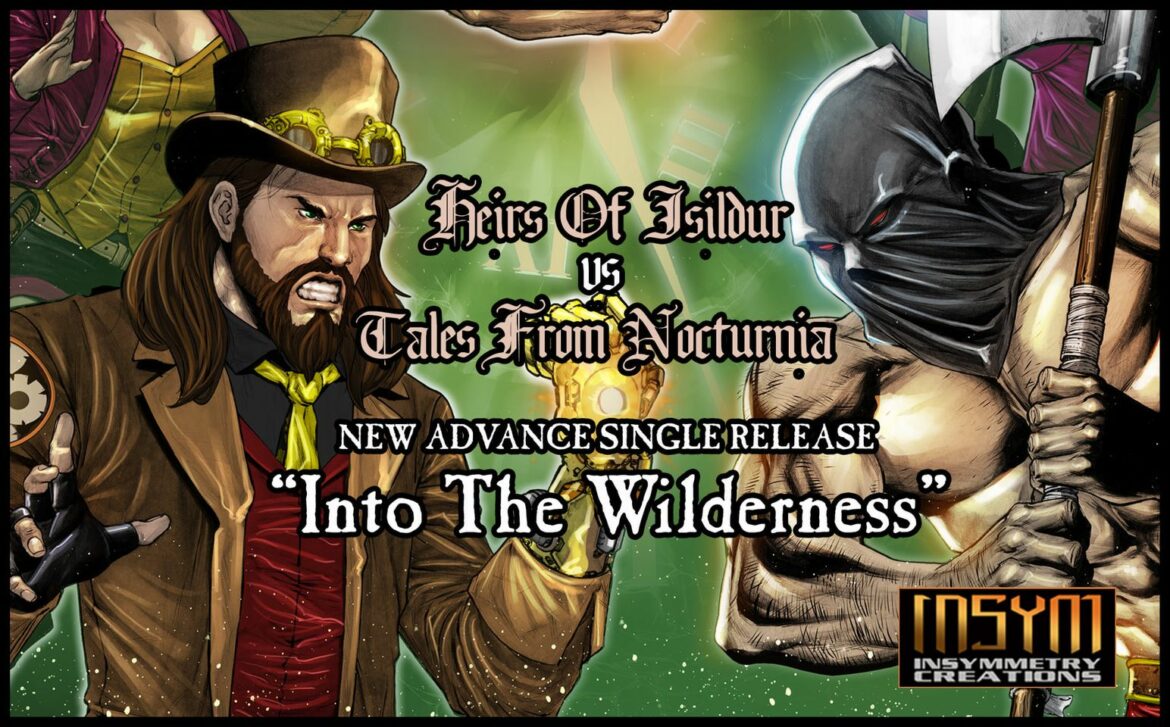 Insymmetry Creations LLC is proud to release the second song from the upcoming HEIRS OF ISILDUR album: Heirs of Isildur vs Tales From Nocturnia entitled “Into the Wilderness” – and this is where steampunk, comics, and metal collide!

This European-styled melodic metal has a wide range of influences that provides a powerful soundtrack and accompaniment for the graphic novel of the same name.

HEIRS OF ISILDUR vs TALES FROM NOCTURNIA:

“Birthed from a celestial battle, pitting warring forces from alternate existential planes against one another, with the fate of the universe at stake…

Ah yes, that would be an awesome back story but the origins of this project, according to Matt Knowles, is much simpler:

After completing the debut CD, HEIRS OF ISILDUR – THE CROSSROADS CONUNDRUM, the Insymmetry Creations LLC team found themselves working on comic scripts for both the steampunk time-travel series HEIRS OF ISILDUR and the medieval fantasy series TALES FROM NOCTURNIA, even as they continued to write music for both.

More ideas formed but they focused on five songs for each IP. Heirs of Isildur vs Tales From Nocturnia: Let the showdown begin – on MP3, CD, and collectible colored VINYL! You (literally) pick which side wins the battle!

The song follows Svengard The Currier during events that take place in issue #3 of our medieval comic series ‘Tales From Nocturnia’.

It once again features the violin mastery of ANDREW POLO, alongside guest female vocals by KELLI CLARK, and a guitar solo by the late COREY STEGER.

The public release date for the album is September 16, 2021, with multiple collectible vinyl variants scheduled to be available later in the year. For preorders of this CD, as well as to purchase the comic series’ associated with the album, visit www.tinyurl.com/insymshop – then preorder the MP3 album on Bandcamp.

Meet up with Matt Knowles and Steph Cannon