Great tabletop games to play on the go 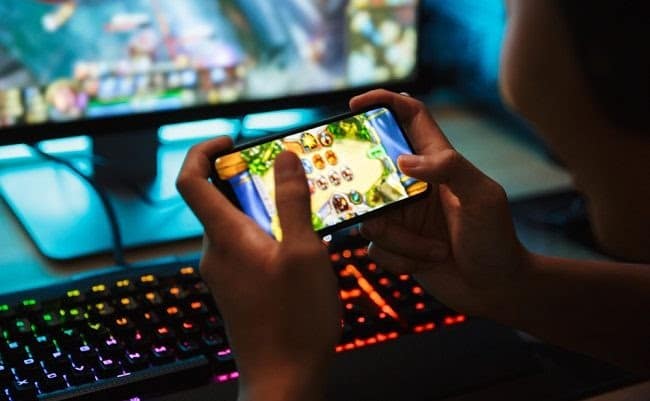 Mobile gaming has become an important market in the video game industry, and over the past few years, we have seen many new games being released for iOS and Android devices, including popular console titles that were ported to mobile platforms. Some of these games, such as Garena Free Fire and PUBG Mobile, are even featured in esports leagues and tournaments. As smartphone usage increases exponentially worldwide, the demand for mobile games has never been higher.

Sometimes, however, we are not in the mood for that competitive gameplay, and just want to play a game to pass some time or chill with our friends. And last year, as we were forced to stay home to comply with health restrictions, playing tabletop and board games with our friends has become somewhat difficult. But with the apps, websites, and platforms we present in this article, you’ll be able to play some of your favorite games in the palm of your hand.

There are many classic board games available online and for mobile devices, and some of them perfectly capture the feeling of playing our favorite games. Both iOS and Android app stores are filled with these adaptations, but there are a few that stand out from the pack.

That’s the case of Monopoly, unarguably the most popular board game in the world. Since it was first published in 1935, the game has become a pop culture phenomenon, being licensed in over 100 countries and printed in 37 languages. The mobile version of this classic game was developed and published by Marmalade Game Studio in 2019, and it’s available for iOS and Android devices. The game features 3D graphics and animations, a living city within the game’s board, and a special mode that shortens the runtime.

Even though the game was only introduced in 2004, Ticket to Ride has quickly become somewhat of a “nouveau-classic”, receiving several awards and selling more than 8 million copies, as of 2021.  Developed by Asmodee Digital, the mobile adaptation of the game is certainly one of the best available, and brings the same family-friendly fun to your smartphone. The animations and graphics are pretty good, and the user interface is intuitive. Ticket to Ride can be downloaded on both iOS and Android devices.

Another old-time classic, Clue: The Classic Mystery Game is also available for mobile devices. With the same gameplay as the board game, you’ll have to answer the famous questions – who, what, and where – and find out which of the popular characters – Miss Scarlet, Colonel Mustard, Mrs. Peacock, Mr. Green, Dr. Orchid, and Professor Plum – murdered Mr. Boddy. The game was also developed by Marmalade Game Studio, and it offers in-app purchases to unlock new characters and themes.

For centuries, table games like roulette, blackjack, and craps have been one of the favorite pastime activities in the world. Last year, however, as most land-based venues were forced to shut down physical operations, players all over the globe turned to online casinos to keep all that action going.

Despite the selection of websites being almost endless, there are many trustworthy operators that offer these classic table games on mobile-friendly websites and even mobile apps, and most developers in the iGaming industry are already focused on bringing the best mobile experience to casual players and high-rollers alike.

With game options ranging from roulette and craps to card games like baccarat and poker, these websites feature precise gameplay mechanics, stunning graphics, and provide an authentic feeling for those playing from the safety of their homes. There are also live dealer games, which are managed and operated by professional croupiers, and streamed to players from luxurious studios and land-based casinos.

Most of these websites offer several special bonuses and promotions that grant extra funds, free spins, and other advantages. Apart from real-money games, in which bettors can choose from different variants and wager limits, there are free-play modes as well.

But if you want to go beyond the classics, and try out novelty themes, alternative gameplays, and different titles, there’s a really interesting option available for you. Launched in 2015 after a crowdfunding campaign, Tabletopia is an online portal and mobile app that allows players to create and play tabletop games.

Described as an “online arena for playing board games just like in real life”, Tabletopia currently features more than 1,600 games, including popular titles like Carcassonne and Terra Mystica. But if you’re in the mood for it, you can also create your very own tabletop game.

As many titles are still in early development, users just need a Tabletopia account to play, but there are some games that require a premium subscription. Since the game runs on a sandbox system, it doesn’t feature AI players or rule enforcement, but it provides many tools that facilitate gameplay.

How Do You Install A Wall-mounted Fountain?

How Popular is Bingo Around the Globe?