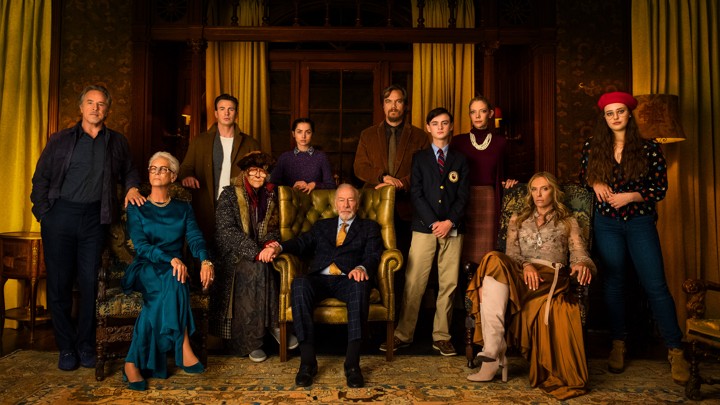 Knives Out is an appropriate title for a movie that preys on the complexity of a family that is at each other’s throats figuratively… or are they? Such is the premise of the movie set in the Knives Out trailer .

But how does the film pan out in theaters?

What You Need To Know about Knives Out

The movie is set in a country house, at the site of a murder of a renowned crime novelist Harlan Thrombley, who also happens to be the head of the manor. The events in focus are the aftermath of his death as his children and grandchildren visit the house. They soon take part in criminal investigations led by Detective Benoit Blanc, played by Daniel Craig, and his associates from the local police.

Ana de Armas plays Marta Cabrera, Thrombley’s nurse, and friend who seems to be the most shaken by the death of a companion. Most of the movie is a hunt being carried out by Benoit and Marta who keep stumbling on the erratic ruins of the Thrombley clan’s accounts of the night.

Pay Close Attention to the Details

You may think that there is very little to the crime mystery that is Knives Out, but the joke’s on you if you haven’t been paying attention. Remember that right when you think “case closed,” the plot reels you back in with yet another twist.

With the casting of A-List actors including Jamie Lee Curtis, Daniel Craig, Chris Evans, Michael Shannon, and many more, people assume it was a move to make the movie a mere people pleaser. Again you’d be wrong, it’s much more than that. In fact, the casting is strategic in creating a larger familiarity with the faces that get their equal allotted time in the movie as relatives to the murdered author. The movie gives you space to judge each one shamelessly, including the deceased Harlan Thrombley, played by Christopher Plummer.

The movie is a delicious blend of everything you like about the crime genre and the welcoming explicit-y of a story that waves in your face with clever notions and ‘aha’ moments. The narrative rolls out like a tantalizing puzzle. As the inquiry builds, you’ll yearn to know more, becoming an equal Sherlock to the investigations in the film.

Rian Johnson, whose critically acclaimed portfolio includes gems like Looper, Brick, and The Last Jedi, leaves no opportunity lost for subtle humor in both the cinematic sequence and the unfolding of the plot in the movie, as well as transitioning attention towards different characters delivering their point of view. Daniel Craig’s character doesn’t miss a scene to make you smile, and everything from the beginning ties in at the end in a hilarious formation.

That’s what draws me to the film, its funny and compelling in all aspects from the cast to the overall setup.

The movie is set in a stately manor with dark old corners and floorboards that creak. But Jeremy Woodward kills it with the art direction. Every scene screams ‘why so gloomy it’s sunny outside and so charming all around’. This backdrop against toxic characters gives a very crucial vibe to the movie that something is amiss, without actually spelling it out.

You will be stuck in some serious and perplexing self reflection as you gaze upon the symbolic interrogation set complete with a chair that serves as a centerpiece for an assortment of knives suspended all around it… towards you.

In conclusion, the movie paints a picture you don’t want to miss. It’s funny, heartwarming, and a slightly new take on the crime and mystery genre of the 21st century.

What more could you ask for in the end?