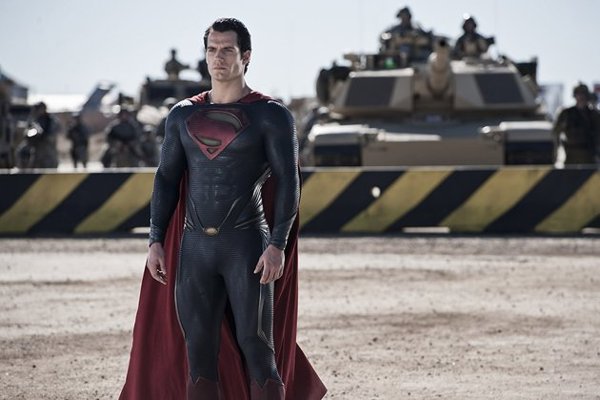 May was a pretty great month for movies. “Iron Man 3” brought people to theaters in droves, “Star Trek: Into Darkness” provided us with the biggest spoiler of the year so far and “Fast and Furious 6” was really bad and amazing all at the same time. Well June isn’t quite as packed with anticipated blockbusters as its predecessor was. But fret not; there are plenty of films worth seeing even if Robert Downey Jr. is nowhere to be found.

June 7th- “The Internship” and “The Purge”

June is big on comedies this year. After the craziness of the epic May releases, the funny people deserve their shot too. “The Internship” is most noteworthy for reuniting the “Wedding Crashers,” Vince Vaughn and Owen Wilson. This time they’re competing for a Google internship at twice the age of the other candidates. With Google actually on board with the film and the fact that the two leads have put off working together for so long, I think this movie must be worth it. Now go completely opposite of immature humor and you get “The Purge.” In this horror film, one night a year sees laws cancelled resulting in all sorts of terrifying things. It’s a concept created solely to justify over the top violence and gore. Well at least the film “gores” all out.

We’re finally going to get to see the much hyped Superman reboot, “Man of Steel.” With the number of trailers and commercials coming out showing us more and more, it won’t be a moment too soon either. Chris Nolan and Zach Snyder have worked to humanize the Kryptonian this time around. I see virtually no chance this movie disappoints us. As for the other two releases that week, we get a double dose of Emma Watson. In “This is the End” she plays a supporting role behind Seth Rogen, James Franco, Jonah Hill and others during an apocalyptic scenario. Everyone plays caricatured versions of themselves that are likely to lower all our opinions of the group, but it should be a fun time. “The Bling Ring” has Watson in a starring role as a member of a real life teenage group, who went on a crime spree robbing celebrity homes. Watson will try her hand at playing a trashy role for the first time in her career. Say it ain’t so, Hermione!

The much-anticipated prequel to the Pixar hit “Monsters Inc.” hits theaters with Mike and Sully meeting at college. I’m not always a big fan of Pixar, but this doesn’t look like one of their depressing releases. You know the ones I’m talking about (“Up,” “Wall E”). So we’ll see how it goes. The trailers seem to have a lot of monsters “asleep” at parties. Dealing with totally different monsters, “World War Z” stars Brad Pitt during a global zombie apocalypse. The film has been constantly marred by financial issues so it will be interesting to see how it turns out. If I were to pick one, this has the most likelihood of being one of the summer’s flops. Since most zombie movies deal with small budgets, Pitt and co. may be guilty of trying too hard.

Did you see “Olympus Has Fallen?” If so, you probably won’t be too surprised by Roland Emmerich’s “White House Down.” Channing Tatum stars as a secret service agent, who must protect the Jamie Foxx played president after enemies infiltrate the White House. The property damage and body count look to be massive. The quality is probably not as high as the damage. And because June apparently needs another comedy, Sandra Bullock and Melissa McCarthy play odd-couple cops in “The Heat.” Both are highly sought after talents at the moment, so we’ll reserve judgment on this one. The promotional materials have been moderately funny. Is this a comedy dream team or too odd a pairing?

A number of June movies look to be of high quality, but box-office receipts will surely be down from the high standard set in May. But we’d be remiss if we didn’t admit that the June movie legacy will be set by how “Man of Steel” performs. What movies are you most excited about?