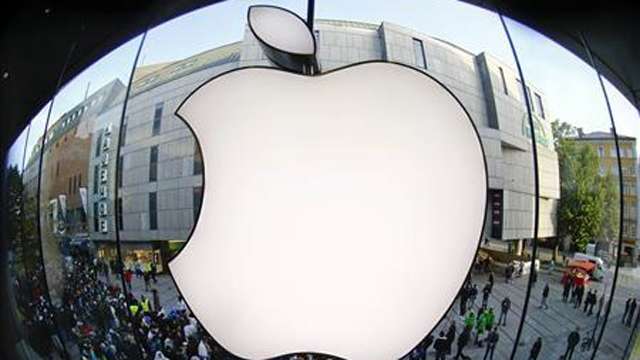 Does this sound familiar?  Many are claiming that this function reminds them of Samsung’s Galaxy Smart Stay and eye scrolling technology. Is Apple challenging Samsung over this technology? The company’s patent application is a divisional application. This means that Apple took the invention from a prior patent filing and separated it into its own individual patent filing.  Samsung filed a trademark patent for “Eye Pause” and another one for a feature known as “Eye Scroll” back in January and February of this year.

Could a patent battle over the eye-tracking technology happen?  If Apple is considering this for future devices, the company may be attempting to show that it had the technology first. There are 20 claims associated with the filing.  Most of them have to do with conserving battery power.  It also claims “to satisfy consumer demand for small form factor portable electronic devices, manufacturers are continually striving to reduce the size of components that are used in these devices.  For example, manufacturers have made attempts to miniaturize the batteries used in portable electronic devices.”

A short time ago, Apple was granted a patent for a curved battery. This, along with the patent filed for the eye-gazing technology had some wondering if Apple would announce an iWatch soon.  Yesterday it was announced in Russia that Apple had filed a patent for the iWatch.  However, Apple has not confirmed that it will market an iWatch yet. However, it’s worth noting that just about every other major company has filed for trademarks on brands to protect itself. Brands are sometimes registered for trademark years before the products the products actually launch.

Apple has adapted input methods and made them popular in the past.  It did it with the computer mouse back in 1984, then again with the touchscreen in 2007.  Could you imagine today’s computer without a mouse?

What do consumers think of this new eye-gazing technology? Some have said they hope for better capability than the Samsung version.  It sounds interesting but it has not really worked as easily as the demos have shown us.  In many cases users have found it annoying and simply turned the feature off.

I personally think it’s a good idea. I’m all for having any function on my phone that preserves my battery. And I do think it would be nice to have the ability to navigate without touching the screen.   As far as the iWatch? I think it sounds interesting but wonder how it will actually turn out.

Despite reviews, one thing is for certain. Apple is definitely looking forward.

Christine Messere is a Virginia-based freelance writer and small business owner.
Her passion is writing, earning a degree in Photojournalism. She enjoys writing articles, reviews,poetry and short stories. Her interests in technology include online gaming, social networks and the latest in gadgets In her spare time, she likes to spend time with family and friends.