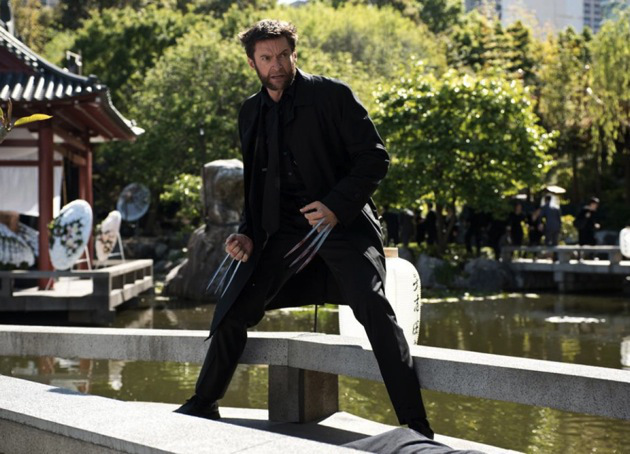 I’m not yet caught up on all the June releases, but the end of the month is here. So we better move quickly because a whole new crop of blockbusters are set to come out. We have three more animated features that promise to over-saturate the market and a group of comic book adaptations that will please both mainstream and underground fans. Here are 11 of the July movies headed for a marquee near you.

Animated at Every Turn

In “Despicable Me 2” Steve Carell once again lends his voice to Gru, the converted villain raising three little girls. After the success of the first movie, this has the potential to do very well. But the holdover “Monsters University” may keep audiences distracted. In terms of live-action, “The Lone Ranger” reteams Johnny Depp with producer Jerry Bruckheimer and director Gore Verbinski. You may know that trio from a little franchise called “Pirates of the Caribbean.” Depp plays Tonto in a leading role over Armie Hammer, who plays the Lone Ranger himself. The shift in which character is the true lead will probably anger some purists but for younger audiences, recreating the magic of “Pirates” in a different setting will be most important.

It seems hard to believe, but “Grown Ups 2” is Adam Sandler’s first sequel. Now the question of whether “Grown Ups” was the most deserving of his films to receive a sequel is another question. But as his second highest grossing movie behind “Big Daddy,” it has a compelling case. So Sandler and his buddies return while your beloved “Billy Madison” sits on the shelf because it only made $25 million. From comedy to sci-fi, the much-hyped “Pacific Rim” sees giant manmade robots defending Earth from Godzilla-like monsters. The trailers promise a visually impressive movie with epic battles and many memorable moments. “Today we are cancelling the apocalypse!” You tell them, Idris Elba!

Featured Link: Check out our Review of World War Z

This one’s a busy week with four major releases and one major overlap. “Turbo” tells the age-old story of a snail who gets super speed and wants to race in the Indy 500? Okay, maybe a bit odd, but Dreamworks usually delivers. Ryan Reynolds voices the title character. For “The Conjuring” we’re told the screamer is based on a true story, but who knows what that means. The plot has paranormal investigators doing their thing and getting really scared in the process. Please forgive the vague description, but these horror films tend to blend together for me.

Now for the comic book inclined, two titles that don’t have a ton of traction from their printed counterparts are coming out on the same day. “Red 2” reunites Bruce Willis, Helen Mirren and co. as they fight bad guys half their age in the action comedy. The first “Red” did relatively well, but the sequel is still a bit of a surprise. The other release is “RIPD,” the Rest in Peace Department. Ryan Reynolds (who has two movies coming out on the same day) and Jeff Bridges star as dead cops, who fight to defend the living against the dead. It also seemingly uses its fair share of comedy. Unfortunately I see “Red 2” being the one to falter in this comic book battle.

At the end of the month, we see the return of Hugh Jackman as Wolverine. Based in Japan with The Silver Samurai primed as the villain, we’ll be treated to a side of Wolverine lore only comic book fans have seen so far. Also the tone seems to be darker. Dare we say director James Mangold has given Logan the “Dark Knight “treatment? It’s possible. Across genres, Aubrey Plaza from “Parks and Recreation” stars in the 90s set comedy “The To Do List.” With a cast of well-known comic actors, the film has Plaza’s character trying to learn how to unwind before she goes off to college. Now just to finish off the animation domination, July ends with the cartoon sequel, “The Smurfs 2.” Having been a fan of “The Smurfs” in my youth, the first film was a healthy dose of nostalgia mixed with moderate disinterest. Is Katy Perry voicing Smurfette really necessary? Well the money it made said a sequel is necessary so here we are.

With “Pacific Rim” and “The Wolverine” my interest in this summer’s films continues to be at peak level. I may complain about all the animated fare, but don’t be fooled. I’m going to see all of those movies because that’s what I do. I see the movies you don’t want to… include “Grown Ups 2” in that group also.