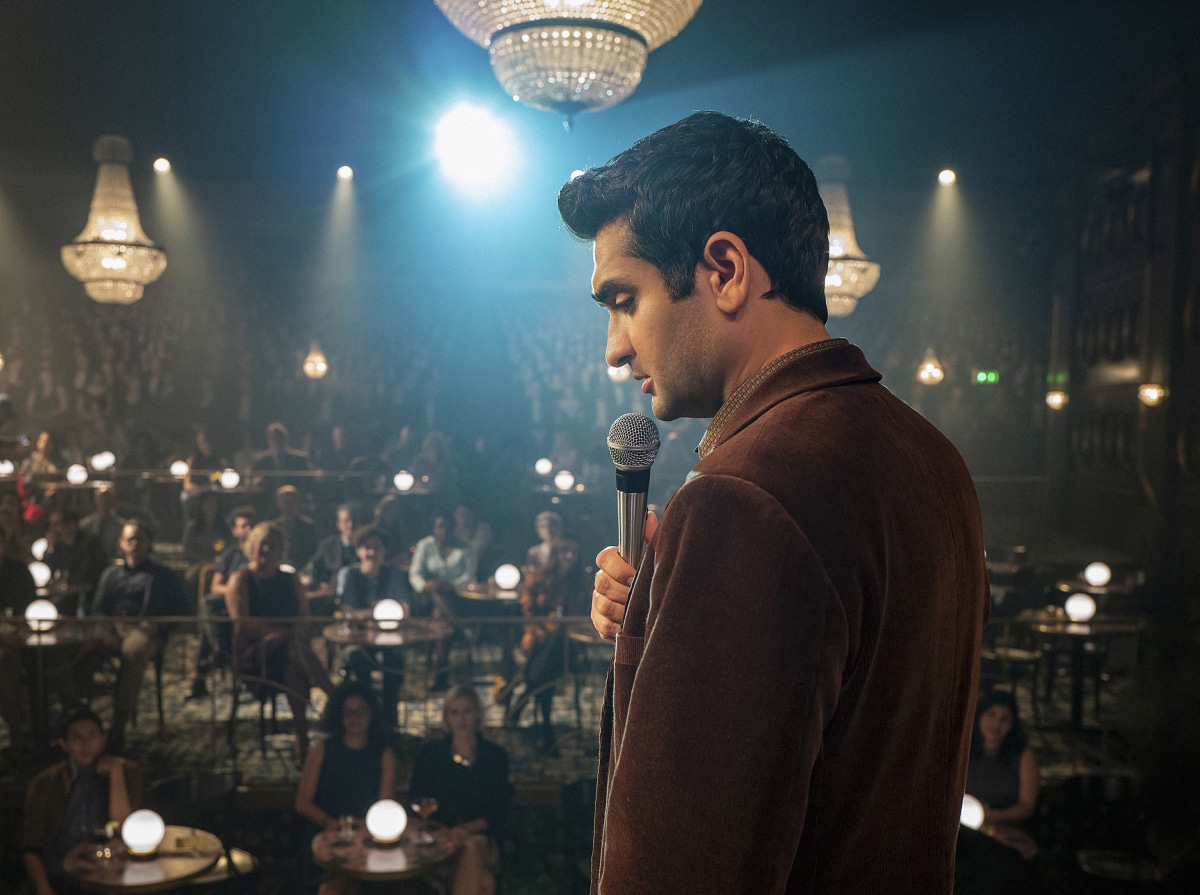 I get sad on New Years. It happens, every year, without fail – December 31st through January 1st, I’m depressed, even by morose, goth standards. Through a very long history of this, there has been one thing that reliably makes me feel better and damn near human (a generally preferable way to start a year, I think we can mostly agree) and that is The Twilight Zone marathon. I, like very many people, adore that show. Its ground-breaking approach to social horror and sci-fi somehow only elevated by how ham-fisted it is and how loudly telegraphed the twists. This is part and parcel of what made Rod Serling’s vision effective. So a new iteration of that must be greeted with the proper mix of enthusiasm and caution, the enthusiasm bolstered by the presence of current unstoppable horror force majeure, Jordan Peele. Because it is an anthology series, it will be impossible to reasonably guess from week to week if the show will hit. There is a lot of room for individual installments to flounder, or simply not to meet the taste of a particular viewer. But have heart, the first episode is well-executed and true to the DNA laid out in the original run.

“The Comedian” is a pretty simple story; a failing, elitist comic (played by Kumail Nanjiani) consistently bombs with political, cerebral material. That it is clever more than funny seems to evade him. It is the fault of the audience, and he has no interest in pandering to them. After speaking to a very successful, very deus ex machina comic (Tracy Morgan, proving he can skew sinister pretty damn effectively) who tells him that he will only succeed by offering himself to the audience. He warns him – you will get the laughs but the audience will take everything from you. Faced with another stony audience, Kumail (who yes, has a character name, but honestly, it’s irrelevant. Kumail Nanjiani has a background in stand-up comedy, and this is a single use character, so we’re just going to stick with “Kumail”) abandons his political monologue about the Second Amendment and talks about his dog, eliciting huge laughs.

If you haven’t guessed the inevitable ironic twist (these monkey paw situations always come with an ironic twist) and you’d like it to remain pure, stop reading. I hate to send you away, but I also don’t want to be responsible for ruining it for you. You know your own tolerance for spoilers. When he gets home, Kumail discovers that his dog is gone. But not only gone, he never existed. Initially, he is exactly as upset and terrified by this new power as any reasonable accidental magician would be, but as the laughter continues – and his success increases – Kumail begins to use this ability to erase people from having ever existed as a way of being a kind of comedian vigilante. He researches people with sketchy backgrounds and eliminates them, at one point un-killing a mother and child who had been killed an a vehicular manslaughter. But inevitably, he begins to use his power to settle petty grudges. He eliminates his girlfriend’s professor and mentor in a jealous fit, only to discover that in doing so, she never received the guidance she needed to become a lawyer, and is instead bitter and working a thankless job. Notably, his act no longer puts much effort into building a framework for his hit lists. He just spews names with righteous fury and increasing frantic desperation. To say much more would be to ruin the final twist, and it would be unnecessary. We can get what we need from what’s already there.

There is always a hint of morality to The Twilight Zone and this new incarnation of it retains that. In this particular case, there are a lot of intriguing and fertile ideas, certainly the conversation of what people are willing to sacrifice to attain celebrity is front and center – as well as the more complicated question of the responsibility an artist has in how they use the people around them for their material. We live in a time when people live tweet the conversations of strangers who have no idea they are being listened to, let alone broadcast. Someone, for the sake of entertainment and followers, takes away their agency, their privacy, and cashes in on a life that’s not their own. Kumail’s character – even when he considers his purpose to be righteous – is doing the same. He is profiting off of the lives of others, with no regard for what it is taking away from them. There is also some pretty savage commentary on the easily amused nature of the crowd. When Kumail is delivering intelligent commentary, they are bored and disinterested, but when he is just making dumb observations-or at points, just spewing names – they devour it.

Finally, it would be remiss not to acknowledge how great Jordan Peele is in the role of emcee/narrator. Yes, his presence is minimal, but it immediately grounds this rebirth as The Twilight Zone. His voice is warm and level, and his delivery is spot on. He is the exact right choice.

Guys, I’m psyched to be writing about this show. Pretty much everyone I love is involved in an episode at some point, so I hope you’ll come along with me for this. I’m pretty sure next episode we get Adam Scott. It’s going to be great.