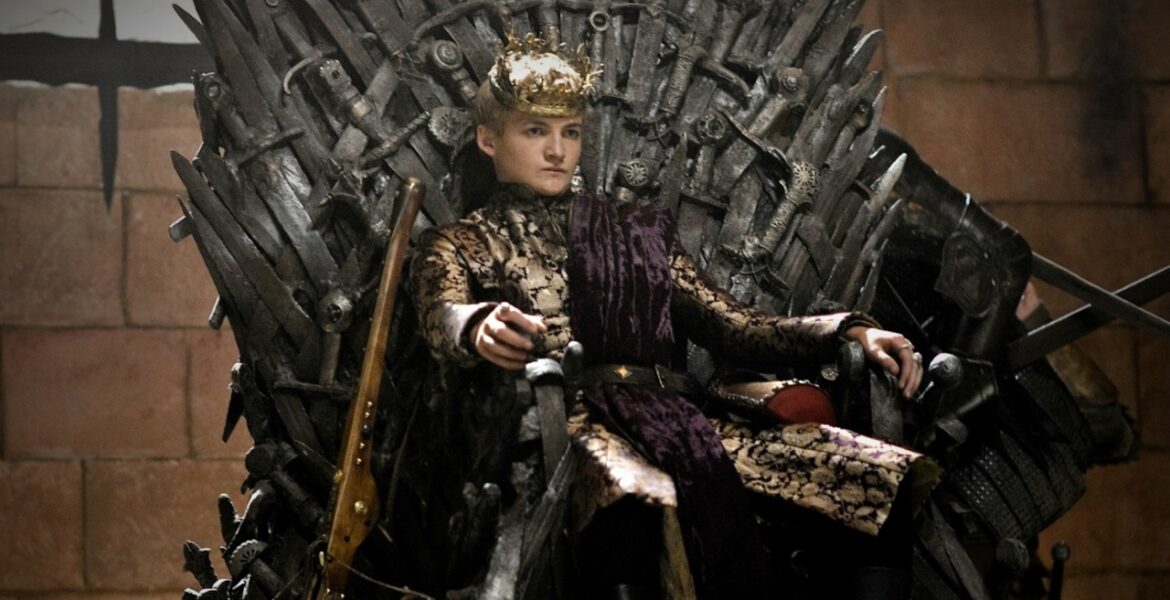 With the fourth season of HBO’s hit series Game of Thrones came many a character death, including those of fan-beloved Ygritte and Sandor “the Hound” Clegane. But fans did not shed as many tears for them as they did for boy king Joffrey Baratheon.

Tears of joy, that is.

In his three-and-a-quarter seasons on the show, teenage royal Joffrey (played by Jack Gleeson) easily became one of the most hated characters—if not the most hated character—of its entire cast by fans and fictional subjects alike. This was not without good reason: the guy was nothing short of a prejudiced, sadistic psychopath. He took pleasure in beating and killing living things, including people. He gleefully ordered the beheading of his betrothed Sansa’s father Ned (Sean Bean) and forced her to look at his head impaled upon one the spikes lining the castle’s walls. He made a mockery of all little people by staging a very degrading, very public play performed only by little people and aimed at his uncle Tyrion (Peter Dinklage), and that’s only the tip of the iceberg. His supposed father King Robert proclaimed him a “monster” while his mother Queen Cersei and uncle Jaime (who, it turned out, was Joffrey’s biological father) wondered if the boy’s wicked nature was a side effect of their incestuous union. So all and all, there’s not a whole lot to love where Joff’s concerned.

One thing that there is to love—and deeply—about him is the extra-thick layer of tension that his presence brought to the story. Joffrey had only to walk on-screen, and the hackles of every fan watching would raise instantaneously because he or she knew that the mere sight of him meant that something cruel, perverse, or just plain evil was about to happen, most likely to someone who didn’t deserve it. The tension only increased when King Robert died and Joffrey ascended the Iron Throne, gaining the power to do pretty much anything that he wanted to anyone at any time—a power that he abused often. His wickedness knew no bounds, and that boundless wickedness increased the urgency for the Starks and their allies to remove him from the Throne as quickly as possible—not just for the sake of revenge, but for the sake of the kingdom and its people.

When it comes to storytelling, a good rule of thumb is, “your plot’s only as good as the villain who starts it.” Joff wasn’t exactly Norman Bates or Magneto in terms of character development, but his personality and the fear that he sparked in both underlings and viewers more than compensated. It’s unclear how Joffrey’s death will affect the story long-term, but one thing is certain: the residents of Westeros can rest a little easier now that the only “throne” on which their former king can sit is his own tomb plat. And in storytelling, that usually means one of two things: the rise of a greater horror, or the descent into uninteresting dullness. Let’s hope it’s the former.