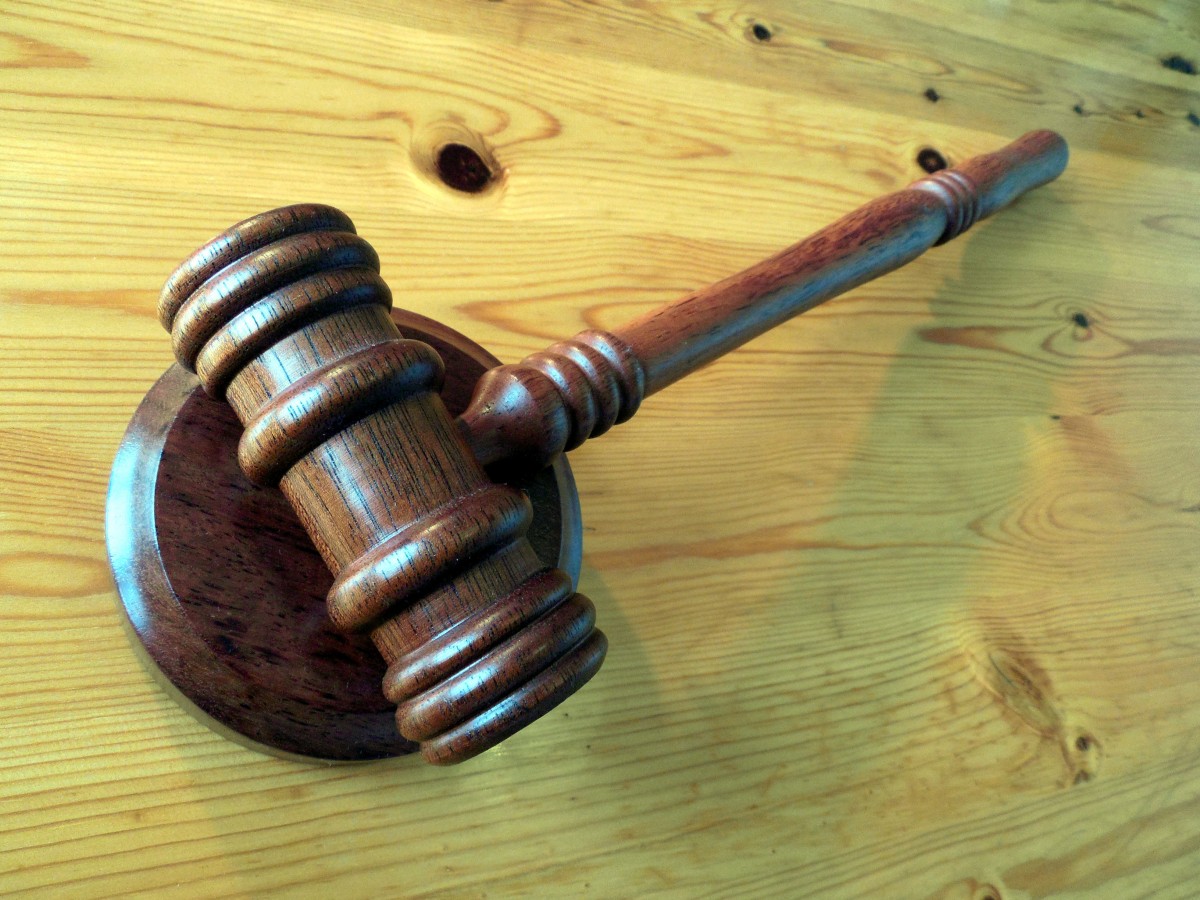 LOS ANGELES, January 28, 2021 – Personal papers belonging to comics Jerry Siegel and Sheldon Mayer including a letter from Siegel thanking Mayer for promoting Superman sold Thursday night at Nate D. Sanders for $2,550. The other archival papers sold for $666, $979 and $734.

Mayer’s collection includes a handwritten composition book from approximately 1951-55 with dozens of story ideas, including a futuristic teleportation amusement park, a fertile hen-laying egg, and several stories about Abe Lincoln including the pairing of Abe Lincoln and a martian. Mayer also laments that ”nothing really HOT has come up (since comic books, that is) – except Television — but no one individual guy has really knocked in for a loop in the ‘Superman’, ‘Li’l Abner’ fashion”. Mayer asks, ”Is it impossible to do it now?”.

In addition, the archive includes approximately 39 typed 8.5” x 11” pages of very personal content, basically Sheldon Mayer’s stream of consciousness notes as he’s trying to process feelings or generate story ideas. Some relate to his family, and some to ”Sugar and Spike” story ideas (such as the baby duo encountering snow for the first time, messing up the kitchen, and also playing with toys at the store).

Many of the pages include Mayer’s conflicted thoughts and feelings about working for M.C. Gaines, the co-publisher of ”All-American Publications” whom Mayer worked for many years early in his career. Portions of this content read, ”Had a dream this morning…I was working for Gaines again. He was introducing me to somebody, I think……I’m not sure……but whether he was introducing me or simply describing me to a third party in my presence, he said, in what I felt was a disparaging manner, that I was only ‘an assistant around here’…I flew off the handle at him.” Mayer’s conflicted relationship with Gaines is further explored when he writes that early in his career he was ”happy as a lark working for Gaines” and that he benefits from having a boss.

In another section, Mayer reflects on how his comic characters helped him work through real-world relationships. He writes, ”The fact is that I did my fighting with my cartooning……In high school I finally won the respect of my contemporaries (after many failures with them) by drawing a very apt caricature of a universally hated and pompous English instructor named Crouch…I managed to get a funny comic strip about him into the school paper…it caused quite a stir…Caused Crouch to make a public comment about it, and insured my fame for the rest of my high school days……which up to that point had been a miserable flop……socially, anyway……that was two battles won with one drawing. / Then later with Gaines……Scribbly was a protest against him……He appeared in the strip on and off in an unfavorable light always…sometimes clearly caricatured as a passing villain, sometimes imply his type (recognizable to all) was used……The funny ting was that whenever I took a crack at anybody that way…they never got sore,…didn’t dare…it would have made ’em look bad……Therefor it was a very effective way for me to equalize them…It was like a fight I had won…Thru a skill that no one ever dared challenge…

Jerry Siegel thanked comic pioneer Sheldon Mayer for promoting Superman before it was published in ”Action Comics #1” in 1938. The September 18, 1941, letter reads in part, ”Dear Sheldon: I may be coming to New York inside a few weeks and I hope we can get together at that time and curse the comic business to our heart’s content.

Again I want to thank you for all you’ve done to help make SUPERMAN what it is. I’m very much afraid that if it weren’t for a chap named Sheldon Mayer, as far as syndication is concerned SUPERMAN might still be gathering dust, and Joe [Shuster] and I would be working for a living…[signed] Jerry”.

Additional information on the Mayer/Siegel collection can found at
https://natedsanders.com/Jerry_Siegel_Letter_Signed_to_Sheldon_Mayer__Full_-LOT59306.aspx

An industry leader in documents and autographs, Nate D. Sanders Auctions has conducted auctions in Los Angeles since 1990 and now holds major auctions on a monthly basis. Owner Nate Sanders is recognized for his knowledge of sports, historical and Hollywood memorabilia. To learn more visit natedsanders.com 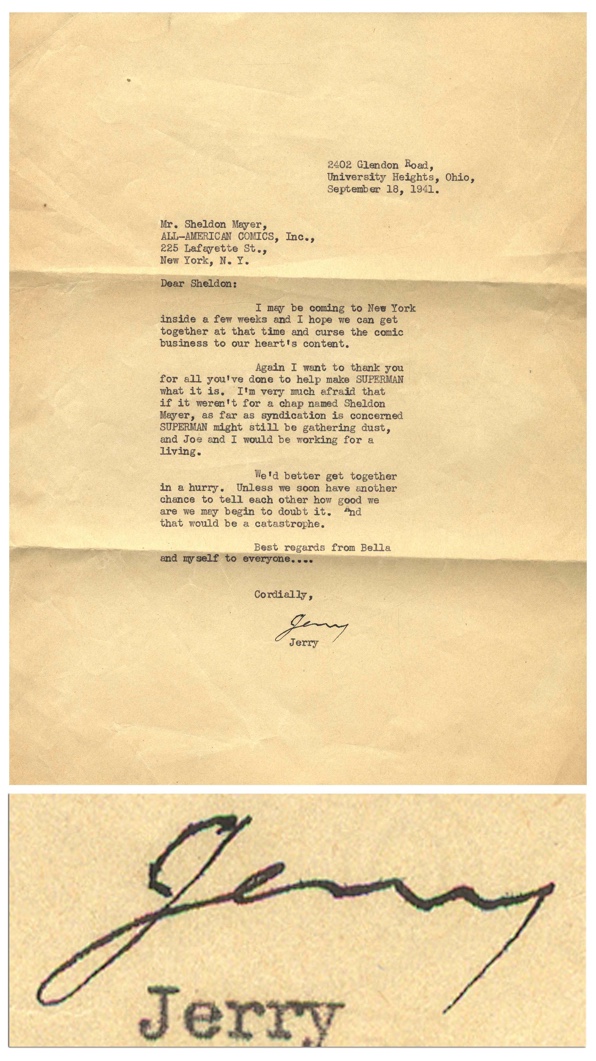