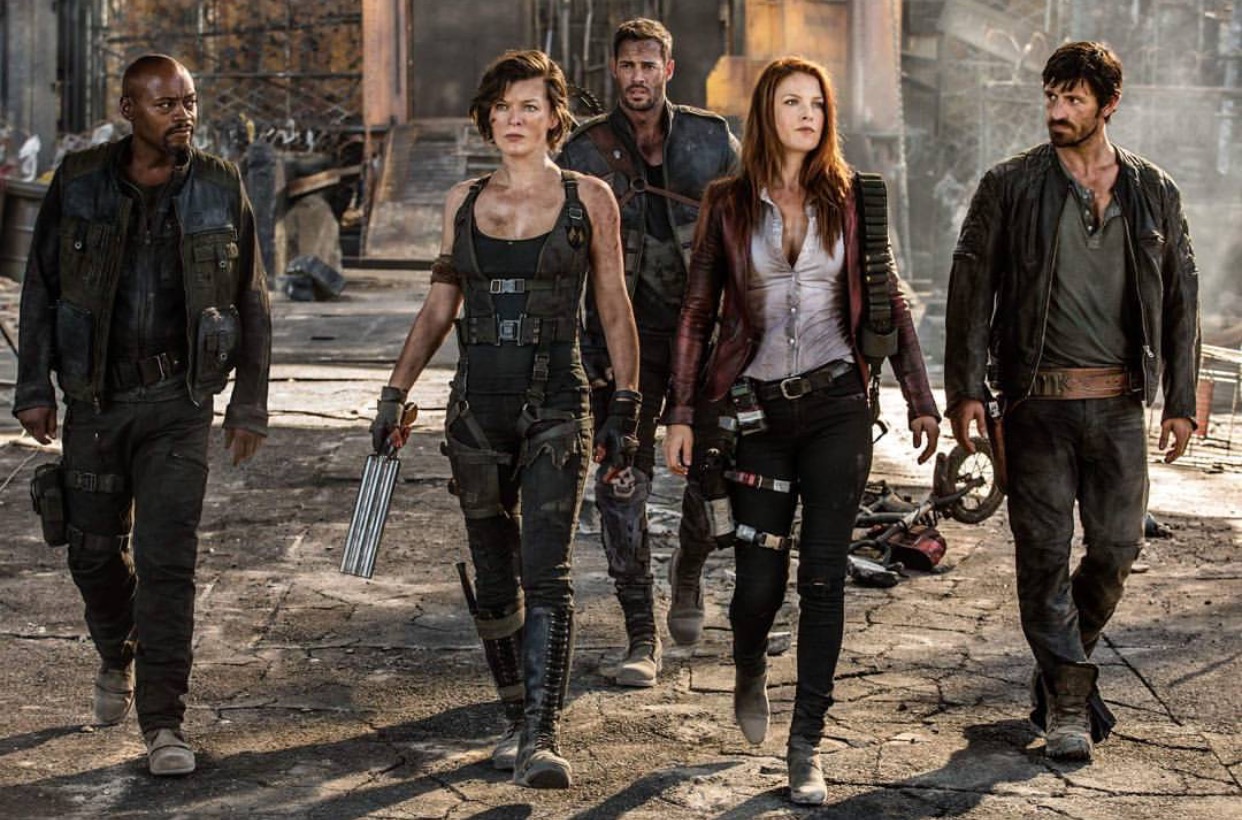 Every month when I prepare the movie preview, I expect somewhere around 12 releases to research and introduce to you. But January 2017 has taken that number and decided to inflate it to an unwatchable number of 18 films getting wide releases. There is a combination of standard action and family films along with a bunch containing monsters. But there are also quite a few dramatic entries vying for award show gold that are finally getting their day in theaters. Maybe there are some people out there who will see all 18 of these January movies. But it’s more than likely we’ve been given too many options and a bunch of these titles are going to flop. Here’s our January movie preview.

Kate Beckinsale is back for some fantasy violence in Underworld: Blood Wars. This is the fifth film in the series full of vampires, werewolves, and more leather clothes than is necessary in a film franchise. The plot has Beckinsale’s character, Selene, attempting to stop the war between vampires and lycans (werewolves) for good.

Liam Neeson as a tree monster? Sign me up. A Monster Calls has a young boy attempting to deal with his mom’s terminal diagnosis with the help of a tree monster. Expect to shed a tear or two as Felicity Jones trades in her Star Wars blaster for the tough role of the sick mother.

While most of the emotional dramas released this time of year are for adult audiences, Hidden Figures is one that families can experience together. Based on a true story, a group of female African-American mathematicians play a pivotal role in NASA’s first successful space missions in the middle part of the 20th century. This fact is rarely addressed when discussing the important players in the space race.

There is something incredibly not scary about the dramatic voice-over on the commercials saying The Bye Bye Man. It’s just not a scary title. But the movie looks creepy enough to keep me away. A group of friends discover the mysterious figure the movie is named for, who has apparently played a role in many of the most horrific moments in history.

If you’re interested in less scary monster fare, the new movie from Nickelodeon, Monster Trucks, may be a more suitable option. Lucas Till stars as a high school senior, who builds a monster truck. He then happens upon a strange monster-like creature that moves into the truck and makes it go fast and do unpredictable things. Yeah I don’t know how a monster would be able to manipulate a truck’s engine and stuff. But it is what it is.

Do you like your Jamie Foxx funny or serious? Well there doesn’t appear to be many laughs in Sleepless. Foxx plays a cop whose son gets kidnapped because his father stole a drug lord’s cocaine. The story features a number of corrupt cops so I expect we won’t quite know the good guys from the bad guys throughout this one. Michelle Monaghan, TI, and Dermot Mulroney also star.

Ben Affleck has a pretty stellar track record when it comes to movies he has directed. We’ll see if that continues with Live By Night. Set in the Prohibition Era, Affleck’s character moves his way up the organized crime ladder starting as a bootlegger and ending up a notorious gangster. Once again Affleck decided to cast himself as the lead. He must see real promise in himself.

We get a dramatized look behind the scenes of the 2013 Boston Marathon bombing in Patriots Day starring Mark Wahlberg. From the immediate on-site response to the citywide manhunt, the trailers show a wide view of those few days. Wahlberg is joined by quite the cast, which includes John Goodman, Kevin Bacon, JK Simmons, and Michelle Monaghan in her second movie of the week.

Martin Scorsese’s latest is Silence starring Andrew Garfield and Adam Driver. The two play 17th century priests who go on a dangerous mission to Japan to try to find their mentor, played by Liam Neeson. While there they spread the Christian faith at great risk to themselves and those they interact with. So it looks like Garfield really has left his Spider-Man spandex behind.

Now here is a historical drama we can get behind here in the US. Michael Keaton stars in The Founder, the story of how McDonald’s grew from a local burger joint to the mammoth fast food chain that it is today. The story isn’t all fun and Happy Meals though. Full disclosure, the trailer has me really craving some McDonald’s French fries.

So this is what Brett Dalton has been up to since he’s repeatedly been killed off of Marvel’s Agents of SHIELD. In The Resurrection of Gavin Stone, he plays a washed up actor forced to do community service at his hometown church. In addition to mopping the floors he also lands the role of Jesus in the church play. The trailers present the movie as a comedy with religious themes.

Split looks very creepy. But director M. Night Shyamalan’s track record is very questionable. So who knows what this movie will actually be like. James McAvoy plays a man with 24 different personalities. After he kidnaps three women, they must figure out how to use some of those personalities to help them escape from the other crazy/evil ones. Don’t do it, Professor X!

When I see the title 20th Century Women I keep thinking it’s going to be about women in like 1900. But that’s not the case. It turns out they’re in the 1970s. Annette Benning plays a single mother who asks two other women, played by Greta Gerwig and Elle Fanning, for help raising her son.

Owen Wilson and Ed Helms go on a road trip to find out who their father is in Bastards. This search brings them in contact with Ving Rhames, JK Simmons, and Terry Bradshaw (playing himself). The trailer is pretty funny. Plus Ed Helms has a history of these types of comedies. So if you like those, this is right up your alley.

A Dog’s Purpose follows a dog over multiple lifetimes as he affects multiple owners in different situations. It’s based on the popular book of the same name. But that synopsis and the trailer show that the dog will die multiple times in the movie. I am not a fan of dogs dying in movies. So I’m on the fence here.

Mathew McConaughey has an epic bald head in his latest, Gold. Yeah, there is a plot to this movie. But that’s the first thing that stood out to me. McConaughey and Edgar Ramirez play two guys who find a literal gold mine in the Indonesian Jungle and return to America incredibly rich. Now this movie is not to be confused with Fool’s Gold which was a romantic comedy also starring McConaughey. This one is a bit more dramatic.

The final chapter of our January movie preview is fittingly Resident Evil: The Final Chapter. This sixth movie in the series has Alice, played by Mila Jovovich, trying to survive a final attack against humanity. So expect zombies and monsters and residents and evil.

Once I told my brother that I get Underworld and Resident Evil mixed up. He responded that Underworld is vampires. Resident Evil is zombies. Totally different. Well touché, but I still mix them up. We get to see both of those franchises this month. So that should be fun. Beyond that it may be worth it to see a few of the dramas so we’ve heard of something they’re talking about at the Oscars.