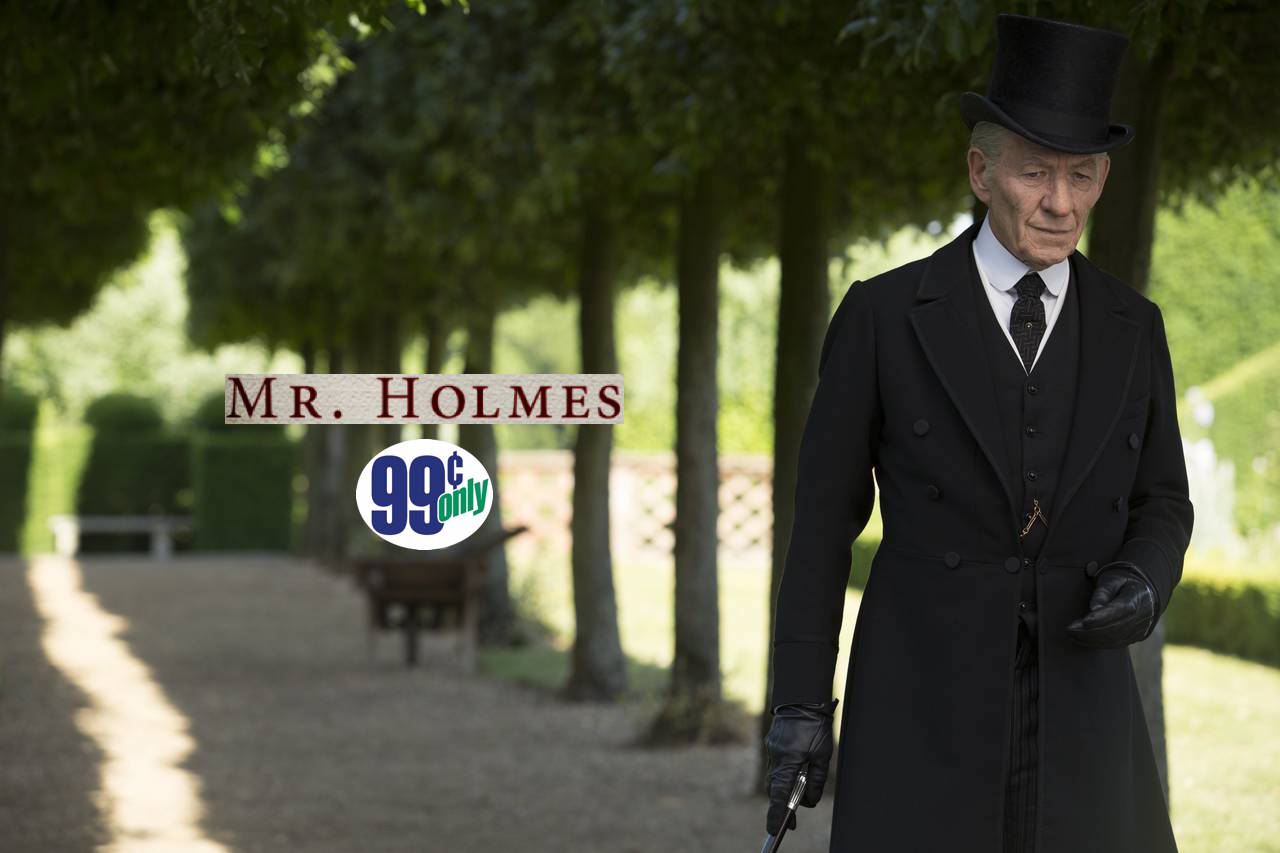 The Clues Are All on The Page

In his 93rd year, long retired Sherlock Holmes has little use for the world. Frail in body and fading in mind, the legendary sleuth spends his twilight years wandering the White Cliffs of Dover and tending to a beloved apiary of bees. With the future fading, it seems the past is not finished with Holmes. After decades of balancing his literary persona with his real world nature, Holmes feels compelled to set the record straight on the case that led to his retirement. Through the foggy lens of early stage dementia, Holmes tries to preserve his memories long enough to unlock the secret to that fateful case and find peace with himself.

Thus begins Bill Condon’s Mr. Holmes. Featuring a powerful performance from Ian McKellan as the titular detective, Mr. Holmes conjures an intimate portrait of the aging inspector. As Condon and McKellan forge intrigue in the darkening corners of Holmes’ once virile mind, they pay loving homage to the Sherlock mythos even as they dissect it. But Condon loses sight of the narrative with unnecessary structural techniques that convolute his story rather than benefit it. The lack of focus leaves Mr. Holmes a provocative but unsatisfying chapter in the Sherlock pantheon. 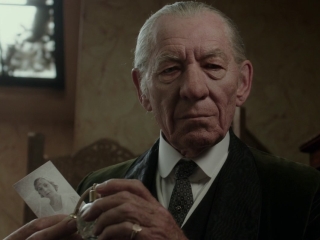 One Shouldn’t Leave This Life Without a Sense of Completion

I should be up front that I’ve never read one of Sir Arthur Conan Doyle’s Sherlock Holmes novels. I’m not sure how that happened, actually. I’ve always wanted to. But, like so many these days, I learned everything I know about the resourceful inspector from movies. It’s been fun to watch different iterations of the character grace screens big and small over the years, but I’ve never felt any particular connection to Doyle’s creation. I’ve often found the adaptations as cold as they are entertaining. That’s what’s so confounding about my reaction to Mr. Holmes. This may be the first on-screen portrayal of Holmes that blends a warm edge into his stoic intellect.

That’s due to Sir Ian McKellan’s dynamic portrayal of Holmes. We’ve come to expect greatness from the aging thespian. Thankfully, he rarely lets us down. From Mr. Holmes’ opening moments, McKellan plays a curious balance of icy intellect and self-contained inner warmth. Chastising a young man about poking at a wasp, his stern tone is as much about ensuring the child’s safety as it is teaching the boy a lesson about wasps. Imbued with a latent sense of self importance, his Holmes is the first to fully grasp the character’s inherent isolation. While his life is portrayed as a non-stop adventure in books, this iteration of Holmes finds him perpetually alone in the world. The death of his brother, Mycroft, and his closest confidant, Dr. Watson, has only cemented his seclusion from society. Coaxed back into the world by his ornery Housekeeper (Laura Linney) and her astute young son, Roger (Milo Parker), it’s an utter delight to watch McKellan melt Holmes’ icy edges away to show the gooey puddle of humanity underneath.

Helping McKellan flesh out Mr. Holmes’ tender underbelly is his Gods and Monsters (1998) Director, Bill Condon. It’s nice to see Condon get back to more personal material after toiling too long in the salted, bloodless Earth of The Twilight Saga. To Condon’s credit, Mr. Holmes’ many moving pieces – set design, cinematography, costuming, etc – are immaculate throughout. Those pieces are at their best about midway through the film when Holmes flashes back to a post-war visit to Japan and finds himself wandering the charred remains of Hiroshima. The moment is staggering in beauty and execution. Somehow it passes with little impact on the film’s narrative. Such is the case with many of Mr. Holmes‘ biggest moments. As the story unfolds, it becomes less immediate and Condon’s misguided approach to the material ultimately fails it.

Condon is known as an empathetic filmmaker with an incisive eye for detail. Claiming many of the attributes that make Sherlock Holmes a captivating literary figure, there’s hardly a filmmaker better suited to the material. In attempting to craft an introspective examination of Holmes’ legend, Condon sets a geriatric pace for the film and bogs his narrative down with needless structural tricks. There are many flashbacks and flash-forwards. But shifting back and forth throughout, Condon never dwells in a timeline long enough to flesh it out. Some stories are better told without tricks – even ones as complicated as Mr. Holmes. In spite of McKellan’s dazzling performance, the film never overcomes these issues and Mr. Holmes feels like a stock version of the legend with little magic and fewer surprises. Which is a shame because surprises are what make Sherlock so much fun.

Sadly, no. Mr. Holmes is not worth your dollar this week. Even a towering performance from Ian McKellan can’t save Condon’s uneven direction. Unable to find the big budget pop or charming indie insight of other current Sherlocks, Mr. Holmes never quite justifies its own existence. In the end, it comes off as an unfocused rehashing of emotional territory McKellan and Condon covered with greater depth in Gods and Monsters. If you never saw that film, it’s absolutely worth a view. You might consider double-featuring it with Condon’s other masterpiece, Kinsey (2004) to get the full effect of the Director’s talents. Better yet, if you’re searching for a more modern detective tale with echoes of Sherlock, have a look at Jake Kasdan’s marvelous little film, Zero Effect (1998). It’ll cost you about four bucks – and you’ll have to tolerate Ben Stiller – but you’d be hard pressed to find a more rewarding detective film in any era. Trust me. Or watch the trailer and decide for yourself.